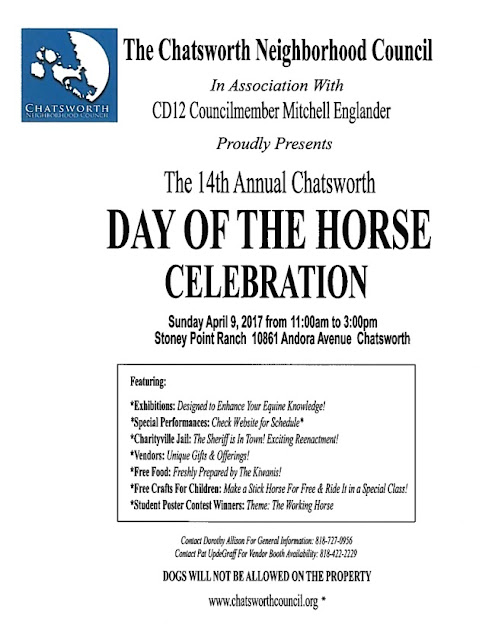 It's hard to believe it's been 14 years since I started the Chatsworth Day of the Horse back in 2004.

Lots of younger, hard working folks are keeping the event alive and well.

As usual I'll be there with my books for sale...

Rendezvous at Boulder Pass - Hollywood's Fantasyland
by Jerry England, a primer on Chatsworth Movie Ranches
is OUT-OF-PRINT, but I have a few ebook copies (pdf) for sale at $20.00

Photographs, movie stills, lobby cards, and screenshots capture the Iverson Ranch as it looks today and as it appeared during a half century of movie-making between 1912 and the late 1970s.

In Chatsworth's (California) backyard, there remains a fantasyland that was forever made famous by Hollywood...

A place where Superman once captured the evil Luthor in his hidden Stoney Point cave, where Batman wrestled a criminal on top of a speeding locomotive, where Tarzan the Ape Man found an ancient elephant graveyard, and where John Wayne's fighting Seabees pushed a Japanese tank off the same cliff that Nyoka used to escape Vultura's killer ape.

Boulder Pass is a fictitious name borrowed from an old B-Western movie. The real place is the Santa Susana Pass in Chatsworth, California. For nearly three-quarters of a century, the Santa Susana Pass was home to the granddaddy of all movie location ranches - the Iverson Ranch. It was also the home of several other filming locations, including the Brandeis Ranch, Corriganville, Burro Flats, Bell Location Ranch, Chatsworth Lake, Roy Rogers' Double R Bar Ranch, Spahn Ranch, Southern Pacific Railroad's tunnels, and the Chatsworth train depot. 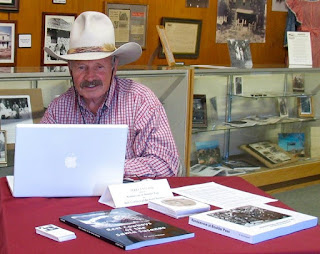 Also back by popular demand...

A presentation to the Chatsworth Historical Society, Jan. 18, 2011.

Funny Business on the Ranch - some of the best comedy scenes ever filmed in Chatsworth - (00:41:11)

Includes a brief look at other Chatsworth filming locations 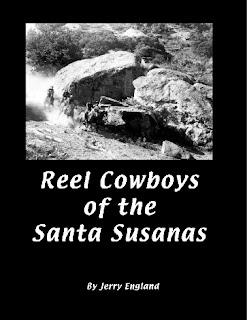 Reel Cowboys of the Santa Susanas
by Jerry England for sale at $23.00

A photographic history of "B" Western movie location ranches in Chatsworth, California with more than 350 photos of scenes lensed in the Santa Susana Mountains.

Then follow your favorite Hollywood cowboy through the western streets, outlaw shacks, stagecoach stops, and ranch houses you've seen in hundreds of "B" Westerns.

If you are new to horses, please check out my post about horse safety
http://a-drifting-cowboy.blogspot.com/2013/06/learning-to-ride-horse-safely.html