2015 Chatsworth Day of the Horse 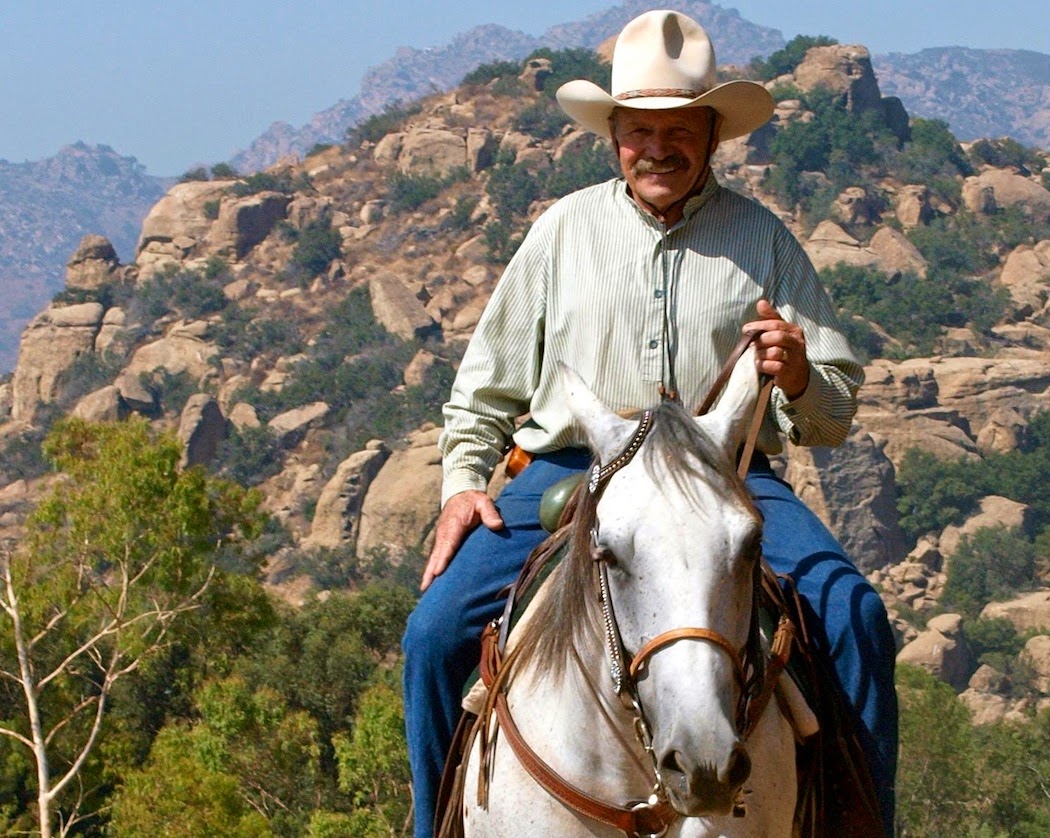 If you're gonna be anywhere near Chatsworth, California on Sunday, April 12, 2015, be sure to visit our 12th annual Chatsworth Day of the Horse between 11 am and 3 pm at 10861 Andora Street, Chatsworth, CA.

I'll selling and signing my books... 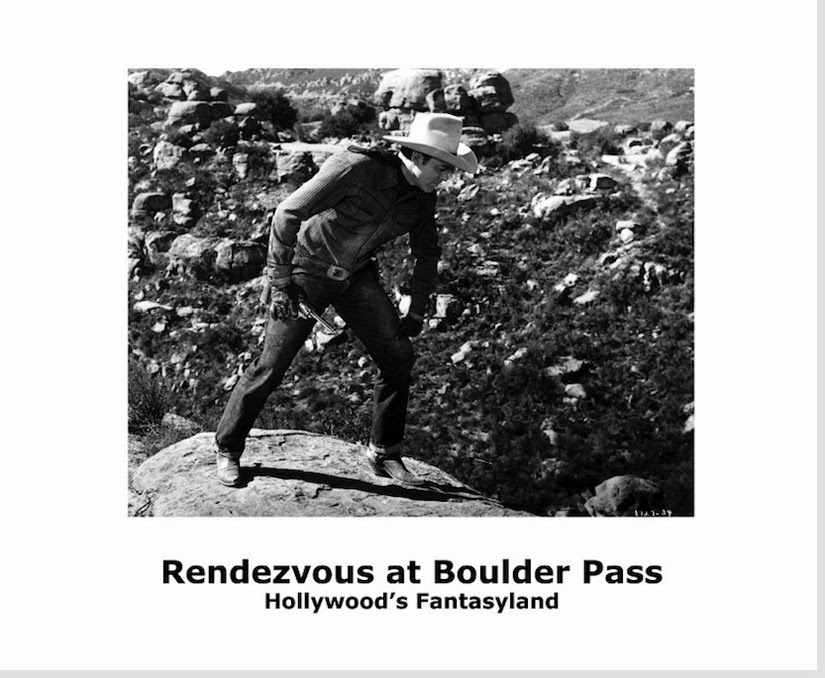 Photographs, movie stills, lobby cards, and screenshots capture the Iverson Ranch as it looks today and as it appeared during half a century of movie-making between 1912 and the late 1960s. There is some duplication from Reel Cowboys of the Santa Susanas printed in 2008, but the vast majority is new material never published before.

In Chatsworth's backyard, there remains a fantasyland that was forever made famous by Hollywood…

The place is Boulder Pass.  It was the jungles of India and Africa, the sands of the Sahara, the Khyber Pass between Pakistan and Afghanistan, the plains of Montana, and the High Sierras and the Rocky Mountains all rolled into one.

It was the scene of stagecoach holdups, posses chasing outlaws on owlhoot (outlaw) trails, Indians attacking white settlers in remote cabins, flying rocket men, and unearthly spaceship landings.  It was a land for make-believe. It could be anything a Hollywood director fancied. 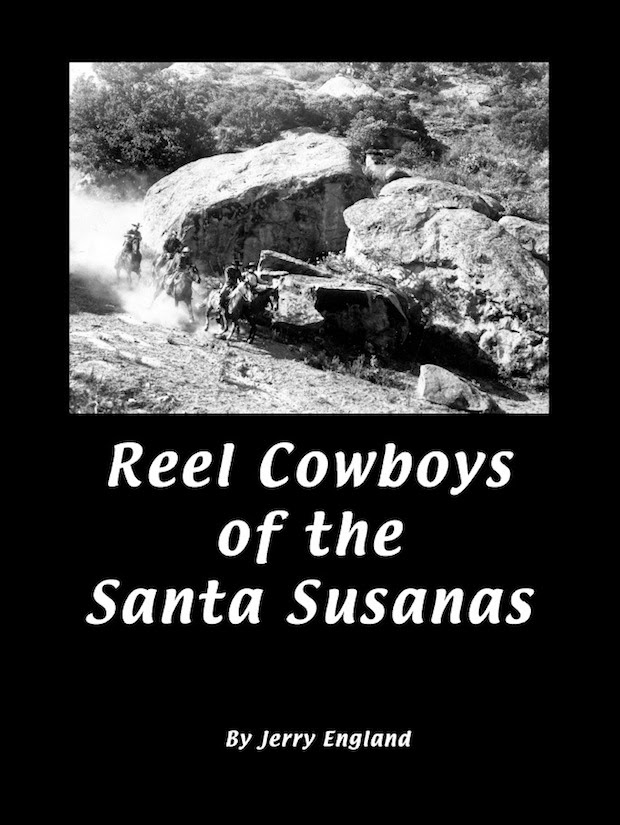 A photographic history of "B" Western movie location ranches in Chatsworth, California.

More than 350 photos of scenes lensed in the Santa Susana Mountains.

Come ride with author Jerry England as he takes you on a photographic tour of famous Chatsworth area movie ranches.

I'll also have copies of "Chatsworth Movie Locations" DVD *** $15.00 ***
my original presentation given to the Chatsworth Historical Society in 2010. 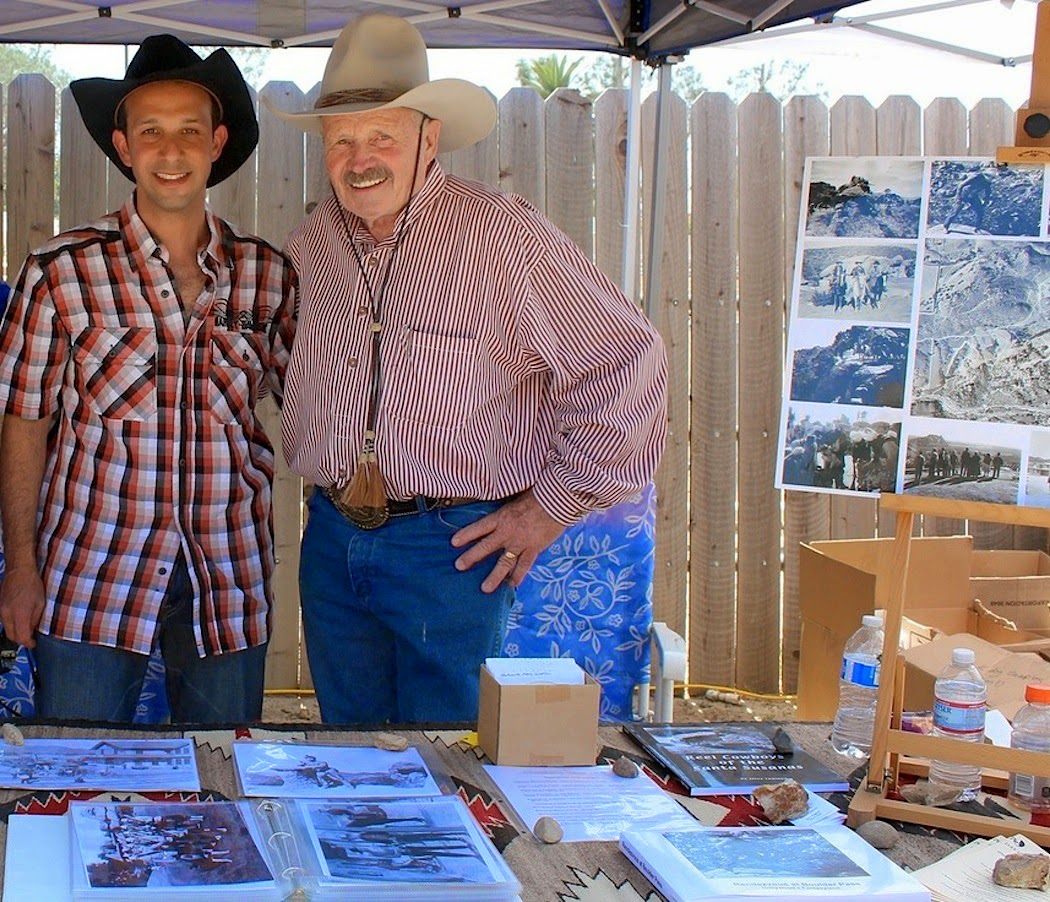 I'll be sharing a booth so just look for my display (photo above).

Hope to see you there -- until then Happy Trails.

Jerry England is a western movie historian and author who has researched and written about filming locations in the San Fernando Valley. Rendezvous at Boulder Pass is his second book about the Chatsworth area.

Posted by Drifting Cowboy at 1:30 PM