Great Granddad was a French Sharpshooter 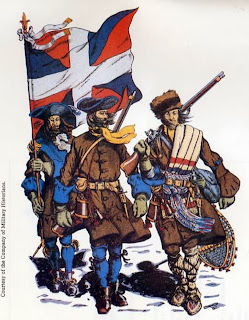 André was a French soldier assigned to the Carignan-Salières Regiment that had been sent to Quebec in 1665 by King Louis XIV to protect the French settlers from marauding Iroquois Indians, who were raiding and slaughtering the early colonists.

The Carignan regiment was originally formed as a private army in 1644 by Thomas Francois de Savoie, Prince de Carignan. It was an army made up of hand-picked volunteers. The standards were very high and these men had to be physically strong, with a aggressive fighting spirit. The regiment had just returned from a successful engagement in the 1664 Hungarian campaign against the Turks, when the King agreed to send the soldiers, armed with matchlock and flintlock muskets, to Canada to aid the settlers.

André was 24 years old when he came to Nouvelle-France (Canada) on June 30, 1665. In the army he was called by his nickname, La Gachette, which means "trigger" and is used to describe someone who can shoot with great ability -- a sharpshooter. La Gachette eventually evolved to be Lagacé.

During the winter of 1665-1666, André was stationed in Quebec City. Between 1666-1667, his regiment joined the famous campaign against the Iroquois, manning garrisons and launching attacks. By the end of this period, their task was accomplished and the countryside was peaceful. About 800 of the soldiers returned to France at this time, but 400 -- including André -- stayed with the promise of receiving land.

On October 14, 1668 André received a piece of land located in Charlesbourg, and on October 23, 1668, in Notre Dame Church of Quebec, Father Henri de Bernieres blessed the marriage of Andre' Mignier and Jacquette Michel (1637 - 1710) a fille du Roi**. 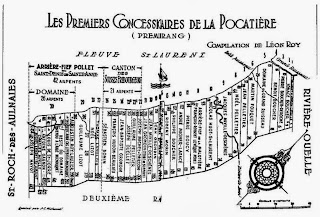 In 1682, André and his family moved to Riviere-Ouelle, Quebec.

André's descendants -- in my direct line -- are: 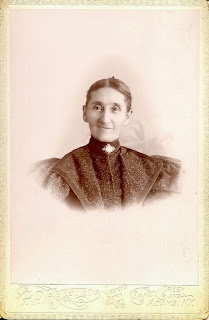 * dit names found primarily in France and New France (French-Canada) are essentially an alias tacked on to a family name or surname. Dit in French is a form of the word dire, which means "to say," and in the case of dit names is translated loosely as "that is to say," or "called." Therefore, the first name is the family's original surname, passed down to them by an ancestor, while the "dit" name is the name the person or family is actually called or known as. Dit names are used by families, not specific individuals, and are usually passed down to future generations, either in place of the original surname, or in addition to it.

** fille du Roi: The King's Daughters (French) a term used to refer to the approximately 800 young French women who immigrated to New France between 1663 and 1673 as part of a program sponsored by Louis XIV. The program was designed to boost Canada's population both by encouraging male immigrants to settle there, and by promoting marriage, family formation and the birth of children. While women and girls certainly emigrated to New France both before and after this time period, they were not considered to be filles du roi, as the term refers to women and girls who were actively recruited by the government and whose travel to the colony was paid for by the king.

Posted by Drifting Cowboy at 10:09 AM No comments: 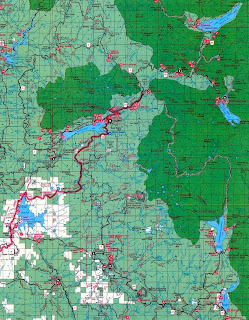 When I attended Sierra Joint Union High School in Tollhouse, California between 1957 and 1959, a lot of kids I knew had parents that worked for Edison or PG&E on hydroelectric projects in the High Sierras.  Over the years I've fished most of the lakes or reservoirs that resulted from those hydroelectric power systems.  My favorite lakes are located east of Huntington Lake in the Sierra National forest which is sandwiched between Yosemite National Park to the north and Kings Canyon National Park to the south. 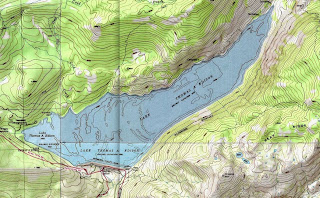 My hands down favorite place to fish and camp in California is Thomas A. Edison Lake.  I've had good luck catching Browns, Rainbow, and an occasional Golden Trout at Edison, and the best part is that it has several canoe-in campsites.  Fishing can be good along the dam or at Mono Creek at the northeast corner of the lake.


For me -- one of the good things about Edison Lake -- is that it's at the end of a beautiful, but scary, 22 mile, winding, single lane Kaiser Pass Road.  Its hairpin turns and drop-offs discourages all but the hardiest anglers. 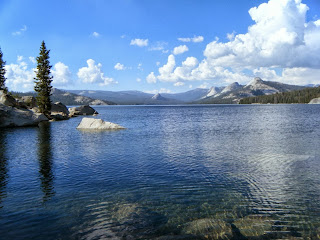 Two other favorite Western Sierras lakes are Wishon and Courtright Reservoirs which offer camping and fishing with fantastic mountain scenery. 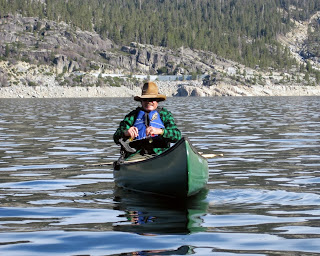 So, if you spot an old man -- in an Old Town Canoe -- sporting a cowboy hat say howdy.

I had been looking forward to fishing Edison Lake during the last week of September.  The weather should have cooled and the Browns should be spawning in shallow water.  I made reservations to stay at Vermilion Valley Campground, and I closely watched the weather forecasts.  I originally planned to drive in to the lake on Thursday, September 26, but the weather forecast for that night was 28 degrees with a wind chill of 19 degrees.  The rest of the week looked better with Friday night forecast at a balmy 32 degrees, so I opted to drive in Friday. 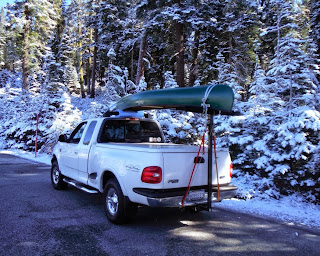 Friday morning when I arrived at Huntington Lake, and discovered it had snowed the night before. Above 7000 feet the snow had turned to ice.  It appeared to be melting quickly, so with a fair amount of apprehension I took a deep breath and I forged ahead on Kaiser Pass Road. 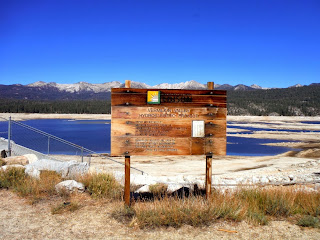 After two hours of anxious and tedious driving -- sometimes icy surfaces adjacent to thousand foot drop-offs -- I arrived Vista Point on the Vermilion Valley Dam to take a look at Edison Lake.

Somebody had pulled the plug and the lake was drained beyond recognition.  My campsite would be at least 800 yards from the nearest water, and the only other canoe access point with require a dangerous portage over huge boulders, so I turned around and drove home.

There is a valuable lesson here... in times of drought call the Forest Service and ask if anybody has stolen your lake BEFORE you dive 650 miles round-trip to go fishing.

Posted by Drifting Cowboy at 1:43 PM No comments: 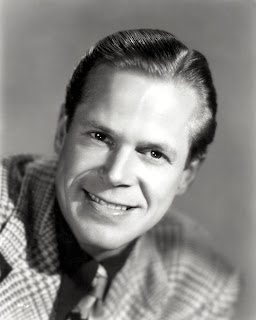 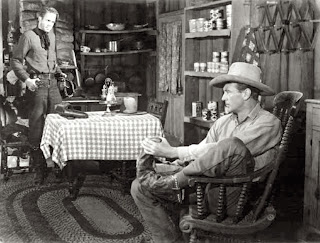 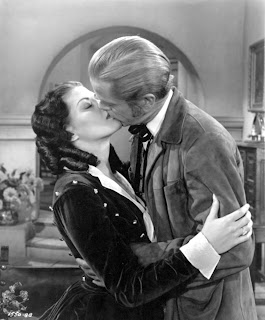 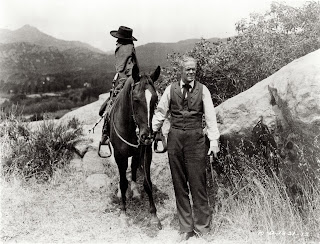 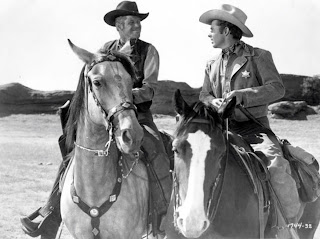 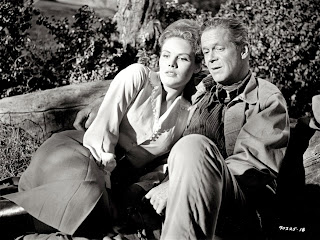 "The Loner" (TV series) 1966
Episode: A Little Stroll to the End of the Line as Matthew Reynolds

"The Virginian" (TV series) 1966
Episode: The Challenge as Ben Crayton

Posted by Drifting Cowboy at 4:27 PM No comments:

It was late September 1987, and I had seven days of vacation to use or lose.   The previous year I spent a week in Minnesota's Boundary Waters Canoe Area, and I was searching for another canoe fishing adventure.  I hadn't seen much of British Columbia, so I decided to target Kamloops as the jump-off point for my adventure.

I drove from Los Angeles to Seattle -- stopping about 3 hours at a rest stop to sleep -- then after a couple of hours sight-seeing in Seattle I got a room and asked for an early wakeup call.  In the morning I pushed on for Vancouver where I spent a few hours poking around quaint stores in the antique district, but the pull of adventure was strong, so I headed for Kamloops in the late afternoon.

The drive along the Fraser River is memorable because of the sheer beauty of the area.  I was surprised as I approached Kamloops because the sagebrush country was not at all what I had expected.  In my mind everything north of the border -- in Canada -- should have been forest.  I checked into a motel in Kamloops, and inquired about fishing opportunities in the area.  The desk clerk, who seemed knowledgeable, told me his favorite fishing spot was a chain of lakes around Lac Le Jeune approximately 37 kilometers south of Kamloops.

I asked where I could buy a fishing license, and requested a 5 a.m. wakeup call.

In the morning, after a quick continental breakfast, I was on the road.  It was still early, about 6:30 a.m., when I was approaching Lac Le Jeune.  As I drove past a marshy meadow I was treated to a rare glimpse of a solitary gray wolf and a pair of moose.

I found a place at Lac Le Jeune to launch my little Old Town Pack Canoe about 7 a.m..  The day was overcast with dark gray clouds, and the wind was already blowing pretty hard, so I decided to paddle into the wind knowing it would easier to rudder my way back to the put-in if it got much worse.  I hadn't paddled 300 yards when the wind stiffened, and white caps began to form.  I know my limits, and being alone, I turned around an paddled back to the parking lot. 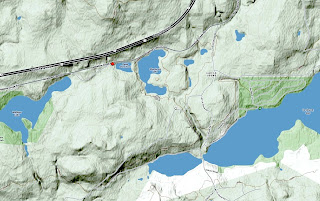 Before I got back to shore it started to rain, and by the time I had my canoe tied on top of my camper shell, I was drenched.

On the way to Lac Le Jeune I noticed the map showed several more lakes in the chain, so I decided to drive to the end of the chain to do a little sight-seeing.  It was raining steadily when the temperature dropped, and the rain turned to sleet.  It didn't take long to reach the end of the road at Walloper Lake, so I turned around and decided to head for home.  By this time the sleet had turned to snow flurries, and I was beginning to get concerned about not having chains.  I drove a couple miles when suddenly the snow and wind stopped, and the sun broke through. 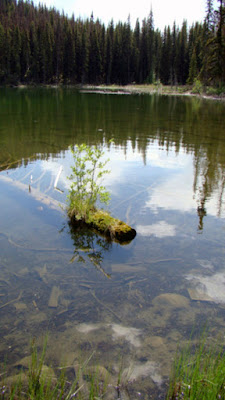 I looked to my right and saw the most beautiful sight a canoeist can see -- a small pond with water as smooth as glass on a mirror.  I pulled off the road, quickly untied my canoe, grabbed my rod and reel and literally ran to the shore.  Dawn Glow Pond, it was named, and it was a slice of heaven.  It was completely ringed with a stand of spruce and fir trees.  As I carried the canoe to the water I paused to examine several dozen moose tracks leading in all directions, and I recalled the lone wolf I had seen earlier in the day.

I slipped the canoe in the water cast a Rapala lure behind, and slowly began to paddle toward the center of the pond.  I hadn't been there five minutes when a beautiful 18" Kamloops trout sacrificed himself the my rod.  I've learned from many years experience that when you catch a nice fish, always turn around and paddle over the same area again.  Wham!  A second big Kamloops trout was on my line.  As I put him on my stringer a fresh wind burst out of the north, and the water on the little pond whipped into whitecaps.

With two gorgeous fish on my stringer I had no complaints, so I paddled to shore.  I filleted my fish, put them in the cooler, and loaded the canoe on my pickup.  It was a completely successful fishing trip all within a half hour's time.

Driving back down to Vancouver I was caught in a traffic backup because of a train accident.  A Mounty drove past and told me I'd have at least an hour to wait, so I dropped the tail gate on my pickup, fired up my camp stove, and enjoyed a tasty trout dinner while gazing at the lovely British Columbia countryside.

I'll probably never get back to Dawn Glow Pond, but it will always have a special place in my memory of fishing trips.

Posted by Drifting Cowboy at 2:14 PM No comments: 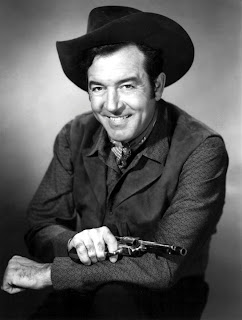 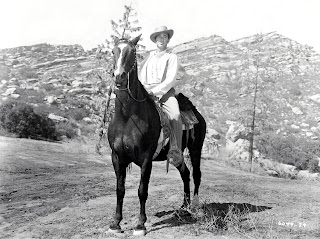 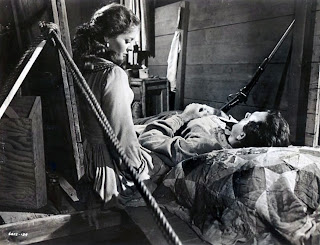 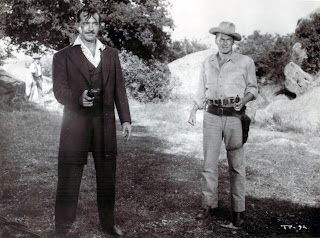 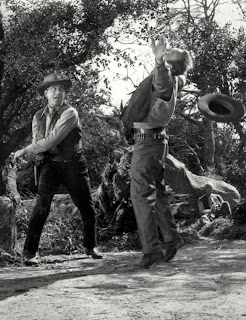