Was Great Granddad A Viking King?


In 2013, I ordered a revised and improved test that suggests my ethnicity is 53% Western European, 21% Irish, 20% English and Scotch with trace amounts 4% from the Iberian Peninsula and 2% from Scandinavia. 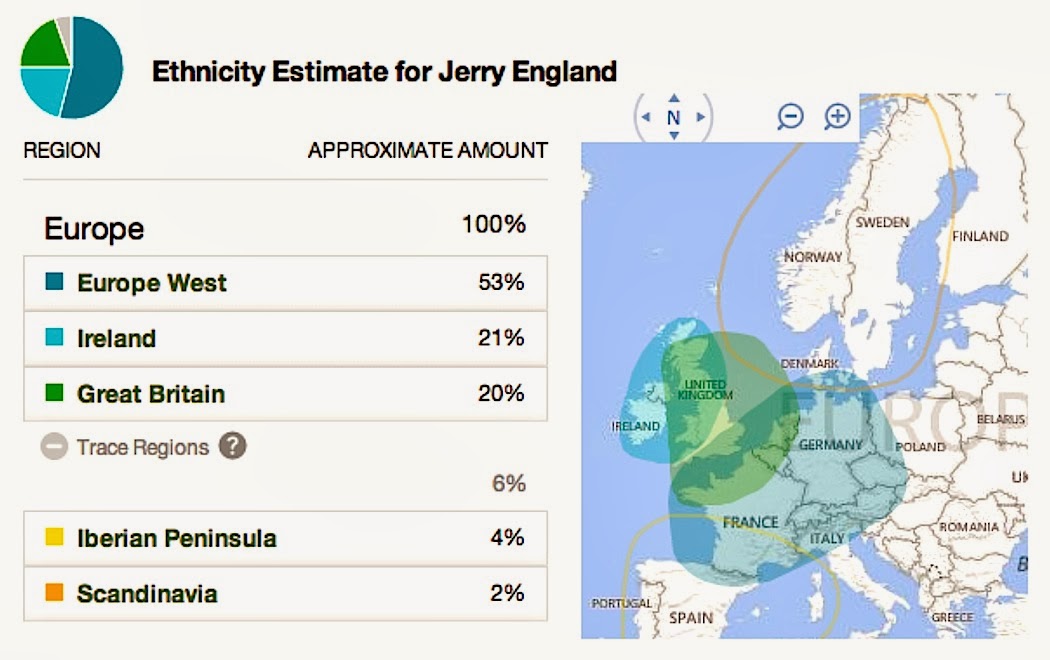 Focusing on my 2% from Scandinavia

Scandinavia is perched atop northern Europe, its natives referred to throughout history as “North Men.” Separated from the main European continent by the Baltic Sea, the Scandinavians have historically been renowned seafarers. Their adventures brought them into contact with much of the rest of Europe, sometimes as feared raiders and other times as well-traveled merchants and tradesmen.

The Vikings -- norsemen from Scandinavia -- sailed most of the North Atlantic, reaching south to North Africa and east to Russia, Constantinople and the Middle East, as looters, traders, colonists, and mercenaries.  Vikings under Leif Ericson, heir to Erik the Red, reached North America, and set up a short-lived settlement in present-day L'Anse aux Meadows, Newfoundland and Labrador, Canada. 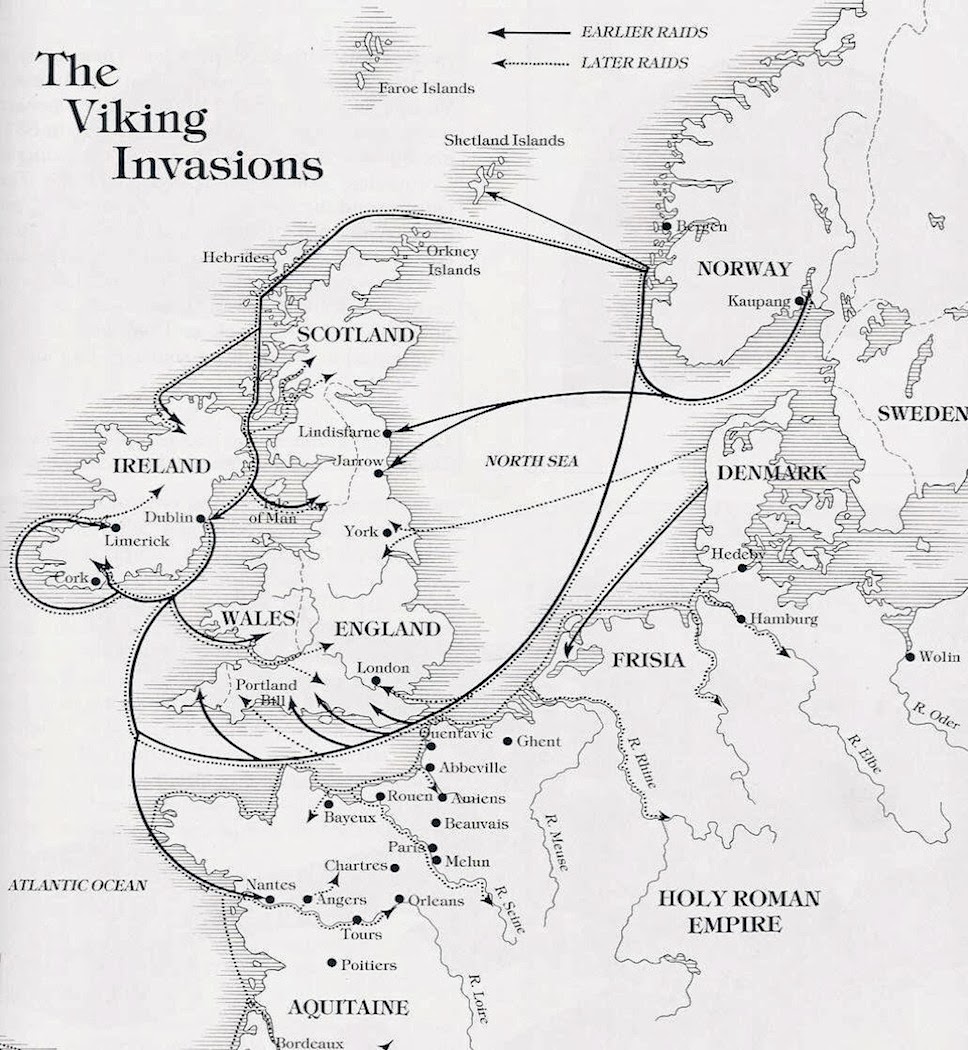 In early 2014, I found family tree sources supporting my 2% Scandinavian ancestry.  To be absolutely honest any ancestry that goes back beyond modern records (18th century and later) is a bit murky to me -- and in my opinion -- must be viewed with some suspicion as to their complete accuracy.

That being said I found evidence that suggests I have viking ancestry that goes back to Halfdan "Hvitbein" Olafsson King in Uppsala, born 704 in Romerike, Buskerud, Norway; married about 735 to Asa Eysteinsdatter in Vestfold, Norway, and died 750 in Vermaland, Norway.

If I am truly descended from Halfdan "Hvitbein" Olafsson King in Uppsala the lineage is as follows:

I'm not really sure I believe the lineage, but it's fun to think about.  They claim anyone who can go back 30 generations in Europe will eventually find a King in the family tree. 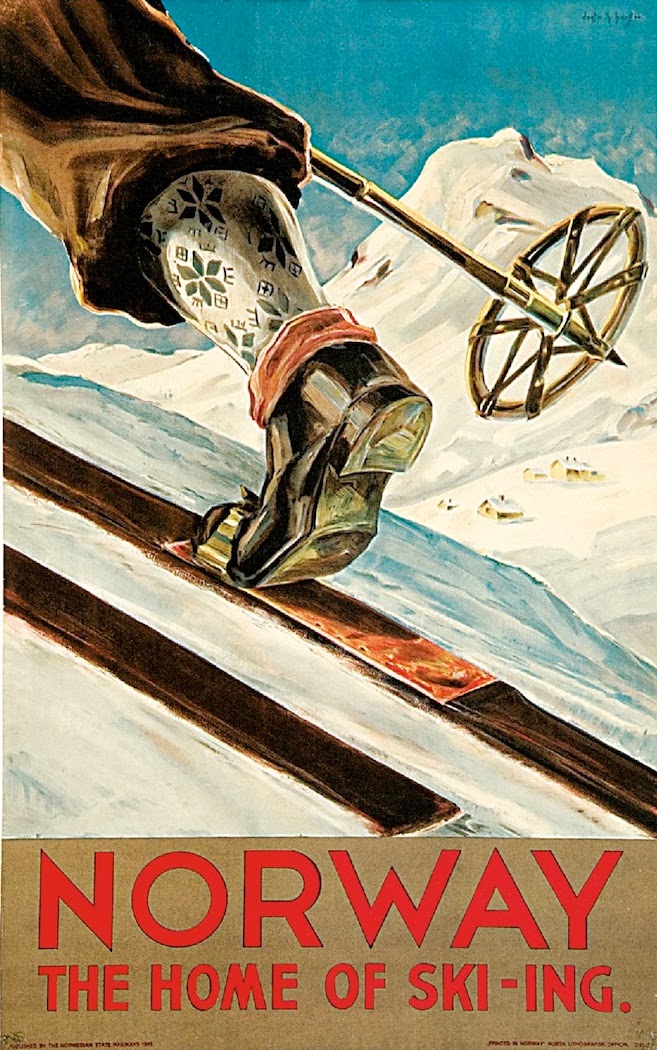 If I really do have a Nordic heritage maybe I should go cross country skiing in Norway.

Posted by Drifting Cowboy at 12:55 PM