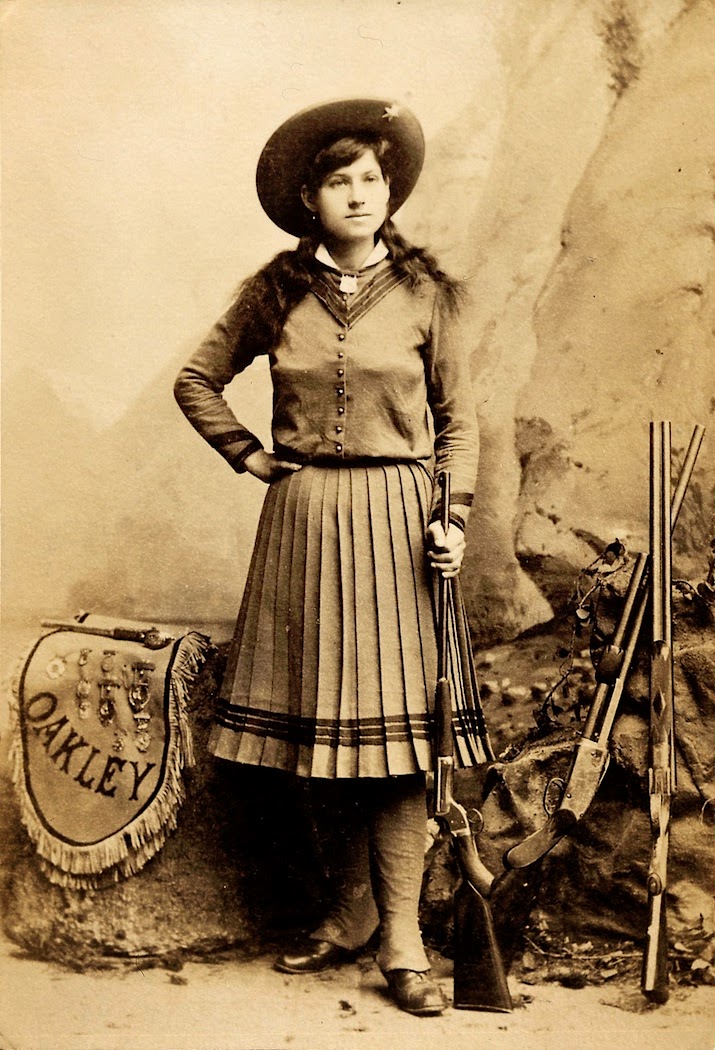 Her rise to fame in the late 19th century caused her to become one of the first American women to become a "superstar".

She was also was known as "Miss Annie Oakley", "Little Sure Shot", and "Little Miss Sure Shot"

Like Buffalo Bill -- Annie Oakley's fame led to several movies and television shows about her life (both real and mythical).

Reel Annie Oakley titles fllmed in the Santa Susanas include: 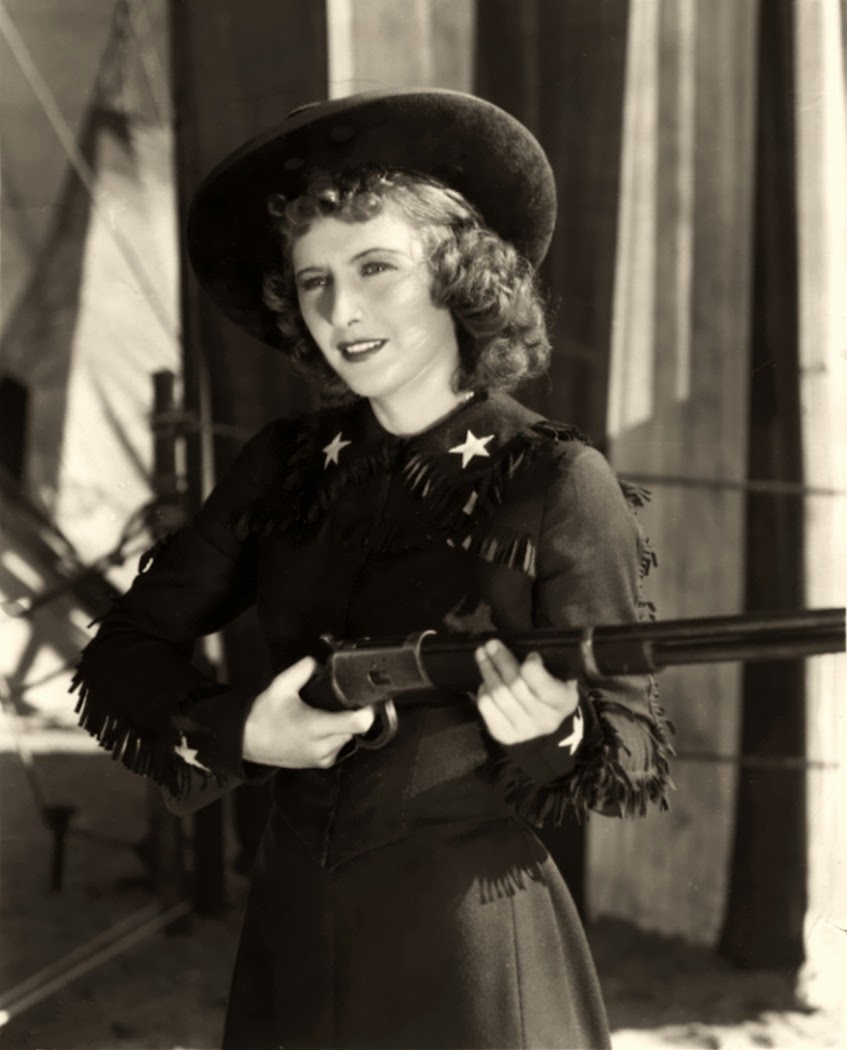 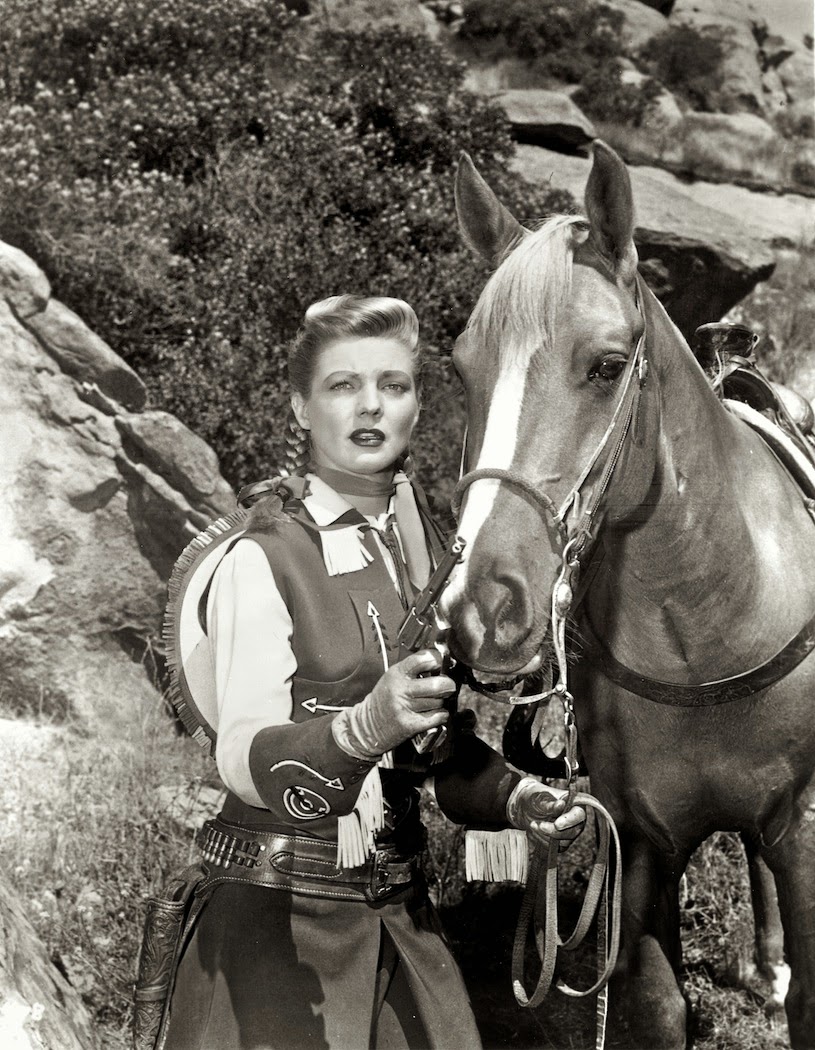 Other roles loosely based on Annie Oakley's life include: 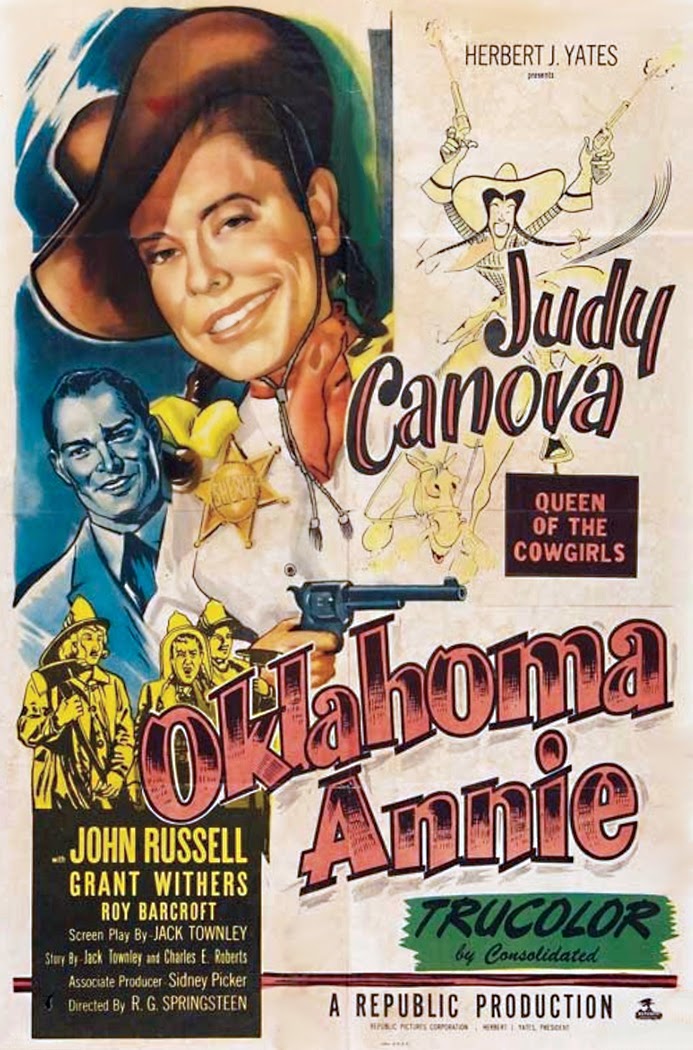 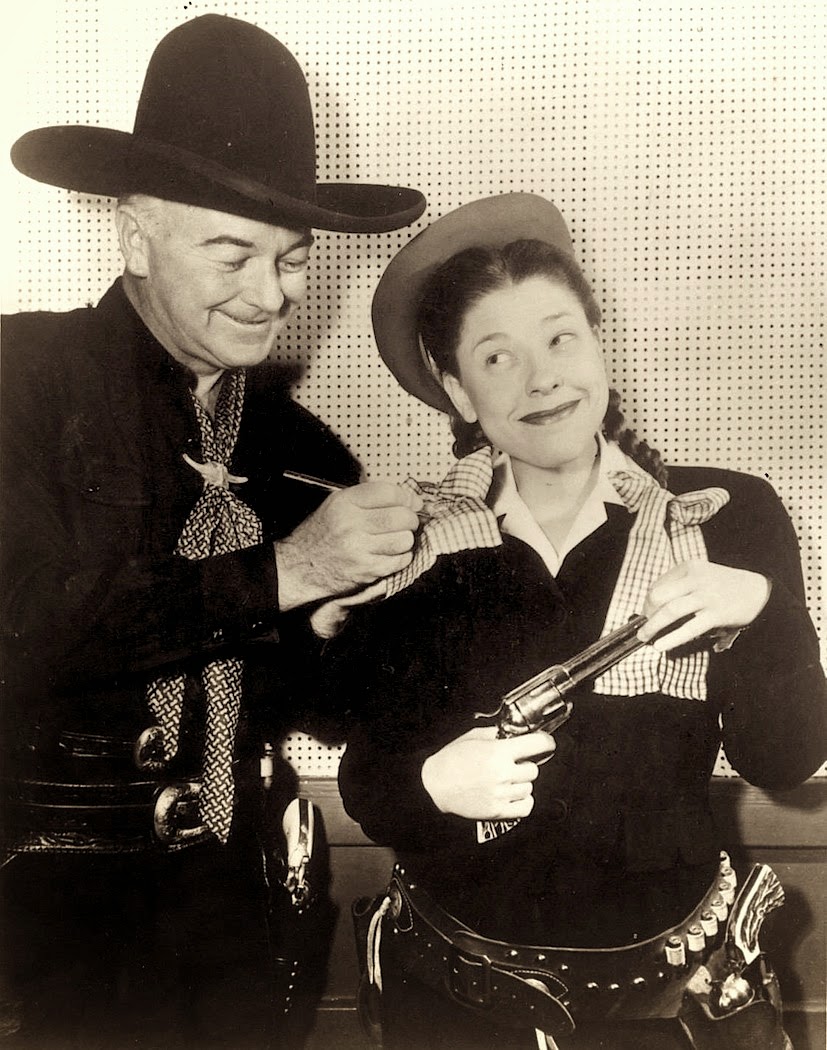 Posted by Drifting Cowboy at 2:48 PM