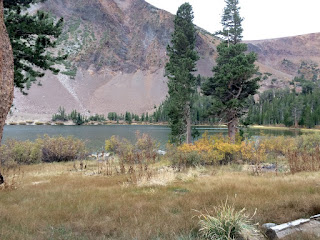 Back in the late 1980s, or early 1990s I was driving to Bridgeport, California to meet a fishing buddy.  At daybreak I was on the Conway summit just a few miles south of Bridgeport when I noticed a sign that read Virginia Lakes 6 miles.

Since it was so early I decided to have a look at the lakes.  I arrived at the Little Virginia Lake and the water was so smooth I decided to put my canoe in the water and troll for a few minutes. 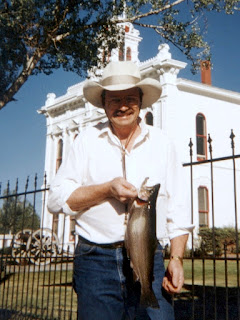 Within a few hundred feet of paddling I hooked a beautiful rainbow trout (photo above).  Since that trout was all I needed for dinner that night I quickly reloaded my canoe and headed for Bridgeport.  I was back on US-395 headed north is less than an hour's time.

California has suffered years of severe drought, so many of it's lakes are so low they aren't worth fishing.  I started making some calls to find fishable water and I found Virginia Lakes Resort.  I rented a cabin and made a plan to go there during the last week in September. 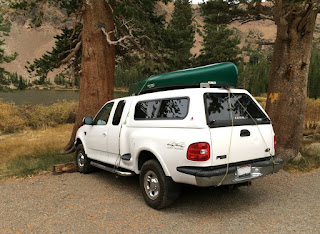 The resort was all I hoped for.  It wasn't overcrowded, there was ample parking, and the rustic 1950s cabins were clean and had all I needed for a few days of relaxation. 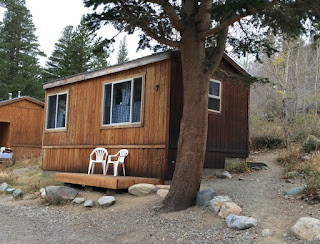 My 12' x 24' cabin had a queen size bed, a bath with a shower, and a kitchen complete with stove, refrigerator and dinette.  Better yet it had pots, pans and dishes, so all I had to bring was a box of food. 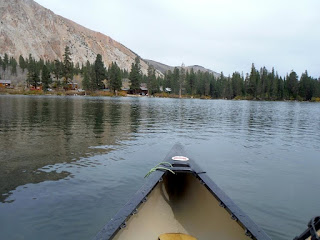 Little Virginia Lake really isn't much more than a pond, but it's just the right size for an old man to canoe.  The lake has all the charm of some of the more remote High Sierra lakes. 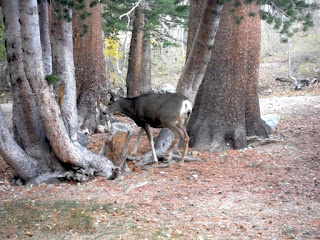 It's surrounded by pine trees and aspen, and there's plenty of wildlife that comes to drink at the water's edge. 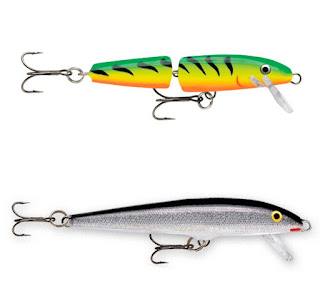 It didn't take long to figure out which lures worked best.  I'm a big Rapala fan, and found both the original floater in silver and a floating jointed firetiger would produce a strike.  The lake only has a depth of about 15', so the countdowns won't work there.  Shore fisherman did well with worms. 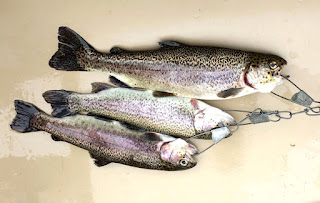 There are some native trout, but the lake is also planted weekly, so you're almost guaranteed a trout dinner after a few hours of paddling.

quien sabe... maybe I'll run into you next fall.

Posted by Drifting Cowboy at 11:18 AM