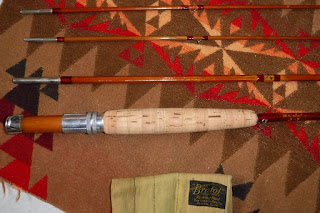 He joined the Leonard Rod Company in 1882 as one of Leonard's first apprentices.

In 1889, he left the Leonard shop to start a new rod-making partnership.  Edwards and his partners established themselves under the name 'Kosmic Rods' working for A.G. Spalding (sports equipment) & Bros..  The 'Kosmic' fly rod enjoyed many awards and accolades in its short time.  'Kosmic' rods were displayed at the 1893 World's Columbian Exposition in Chicago and won a gold medal.

In 1894, during a growing economic depression, Spalding sold its interest in the 'Kosmic' partnership to U.S. Net & Twine.  After the sale of the Kosmic partnership to USN&T, the original founders broke up and went their separate ways.

In 1915, after a fifteen-year hiatus from rod building, E.W. Edwards began rod making once again.  He developed a way to temper Tonkin Cane to increase its resiliency, quickening its recovery time and lessened its weight.

After his five-year contract expired, Edwards left Winchester in 1924, and continued to build rods at his home. Winchester continued to make all of the Edwards-designed rods until 1930.

Edwards moved to 40 Filbert St in Hamden while still at Winchester, purchasing the house in 1922. He lived there the rest of his life.

He worked out of the Filbert St house until early 1927, when he moved his business to a large building in Mt. Carmel, a nearby town. Edwards produced four ranges of models. He had six employees, including his sons Bill and Gene.

In 1927, the name of the company changed to E.W. Edwards & Sons. The company made rods for various suppliers including Abbey & Imbrie, Weber, Paul H. Young and others. 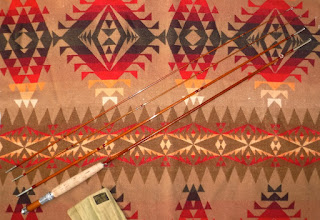 After becoming ill in 1931, Edwards made arrangements to sell his fly rod company to the Horton Manufacturing Company. The deal became difficult due to the Great Depression.

Eustis Edwards died on New Year's Eve of that year. He is buried in Highland Mills, New York at Cemetery of the Highlands.

After Eustis died in 1931, his sons continued to make rods under the Bristol name. 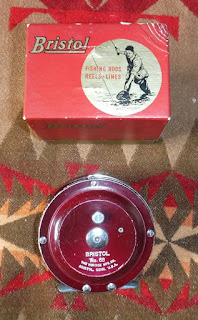 What could be better than owning an Edwards-Bristol F-7 bamboo fly rod and a nearly new Bristol No. 66 fly reel. 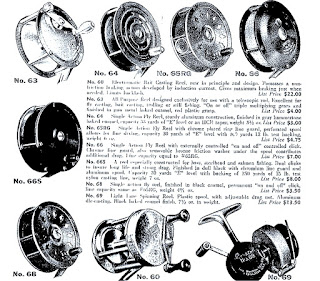 I'm not sure exactly when the Horton Manufacturing Company began producing the Bristol fly reels, but by the early 1950s they had a half-dozen different models.


Posted by Drifting Cowboy at 3:33 PM