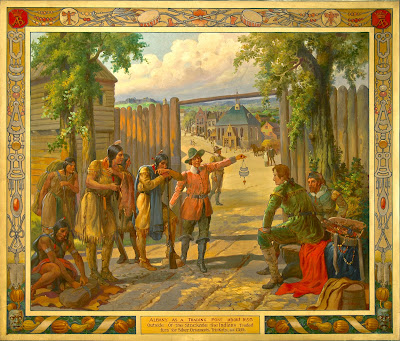 LUYKAS GERRITSE WYNGAERT was an Albany mainstay during the last half of the seventeenth century. He was known as "Luykas Gerritse." 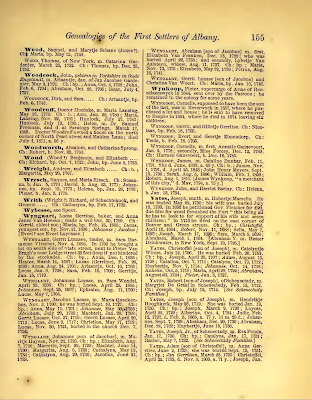 His wife was Anna Van Hoesen with whom he had at least nine children. He was a member of the Albany Dutch church.

In 1679, his name was included on a census of Albany householders. In 1681, he joined with other Albany burghers in a petition regarding the FUR TRADE. Over the years, he subscribed to several similar, community-based documents.

Nominally a baker, he probably used that talent to have TRADEABLE COMMODITIES with which to barter for furs. After holding a number of service titles, he was elected assistant alderman for the second ward - first in 1686. He sat on the city council for portions of three decades. In 1702, his first ward home was valued on the city assessment roll.

In 1697, his Albany household included two other adult men in a community where most living units were nuclear.

At the end of October in 1709, Luykas Gerritse Wyngaert filed a joint will with his wife. It named two sons and mentioned seven other children.

In 1720, the name of Luykas Wyngaert appeared on a list of freeholders living in Albany's first ward. The name "Luycas Gerritse Wyngaert" was included on the list of first ward freeholders as late as 1742. He then would have died sometime thereafter. 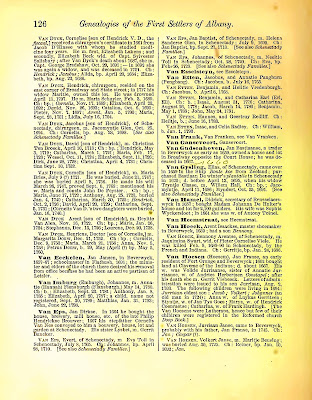 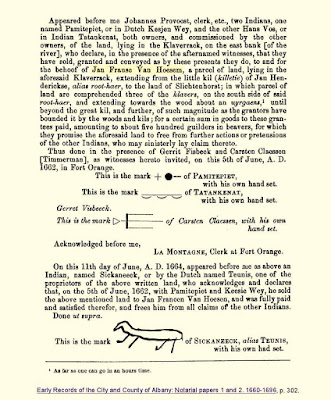 Jacobus Luycasse was probably was born during the 1670s. He was the son of Luykas Gerritse and Anna Van Hoesen. Later, his family would be known as Wyngaert.

In 1699, he joined his Albany neighbors in swearing allegiance to the king of England. After that, he signed a number of other community-based documents. In 1709, his third ward house was assessed modestly. In 1720, he was identified as a freeholder living in the third ward.

In 1716, he contracted with the city to "set up stockadoes."

In November 1700, he married Maria Quackenbush at the Albany Dutch church. By 1721, nine children had been christened in Albany.

Jacobus Luycasse Wyngaert died in September 1727 and was buried in the churchyard. Several of his children became Albany residents. His widow may have survived into the 1750s.

Johannes Wyngaert was born in May of 1703. He was the eldest son born to the marriage of Jacob Luycasse and Maria Quackenbush Wyngaert. He grew up in a large family in a modest third ward home. His father died in 1727 leaving twenty-four-year-old Johannes as the man of the family.

In November 1725, he married Maria "Huyser" at the Albany Dutch church. By 1738, eight children had been christened at the Albany church.

Johannes Wyngaert was a cooper who raised his family in modest homes in the second and then first wards. In 1724, he was named constable for the second ward. At a number of times, he delivered firewood for city use and served on the night watch. In 1757, he owned a house on the south side of the Ruttenkill. He was counted among Albany's freeholders in 1742 and 1763 and his holdings were valued modestly on city assessment rolls.

Without younger Johannes Wyngaerts immediately apparent on the community landscape, this individual may have lived into the 1790s. Asessment rolls continued to value his holdings as late as 1788. The census of 1790 for the first ward of Albany includes the household of "Johannes Wyngardt" in a likely location.

In September 1793 or '94, a notice for the pall and hearse for "John Wyngart" appeared in the manuscript burial records of the Albany Dutch church. This Johannes Wyngaert would have been in his nineties at that time.

Posted by Drifting Cowboy at 12:04 PM