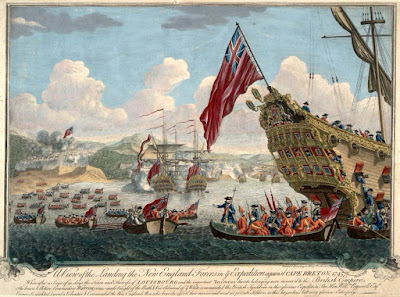 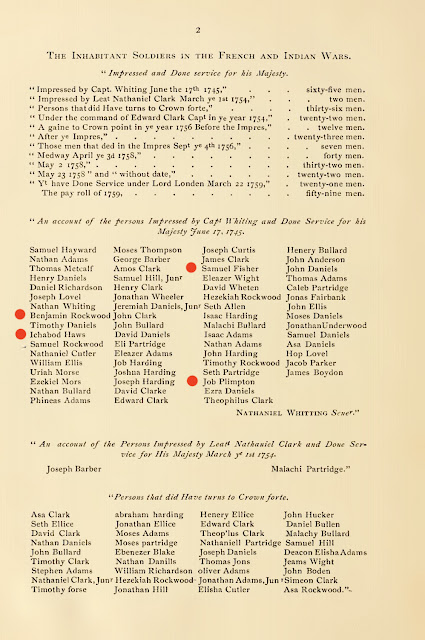 Siege of Louisbourg (1745)
The Siege of Louisbourg took place in 1745 when a New England colonial force aided by a British fleet captured Louisbourg, the capital of the French province of Île-Royale (present-day Cape Breton Island) during the War of the Austrian Succession, known as King George's War in the British colonies.
The northern British colonies regarded Louisbourg as a menace, calling it the "American Dunkirk" due to its use as a base for privateers. There was regular, intermittent warfare between the French and the Wabanaki Confederacy on one side and the northern New England colonies on the other (See the Northeast Coast Campaigns of 1688, 1703, 1723, 1724). For the French, the Fortress of Louisbourg also protected the chief entrance to Canada, as well as the nearby French fisheries. The French government had spent 25 years in fortifying it, and the cost of its defenses was reckoned at thirty million livres.
Although the fortress's construction and layout was acknowledged as having superior seaward defences, a series of low rises behind them made it vulnerable to a land attack. The low rises provided attackers places to erect siege batteries. The fort's garrison was poorly paid and supplied, and its inexperienced leaders mistrusted them. The colonial attackers were also lacking in experience, but ultimately succeeded in gaining control of the surrounding defences. The defenders surrendered in the face of an imminent assault.
Source above: Wikipedia 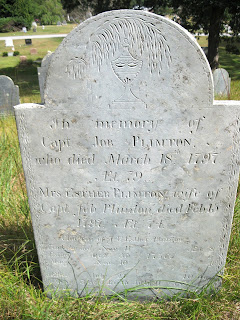 In 1771, Job Plimpton was promoted to Captain and led the 2d Medway Company in the Revolutionary War for Massachusetts.
Also serving in the same company (see above) were:

Ichabod was a gunsmith and had a forge and trip-hammer worked by water power just west of the Bent sawmill. He also served in the Revolutionary War for Massachusetts.