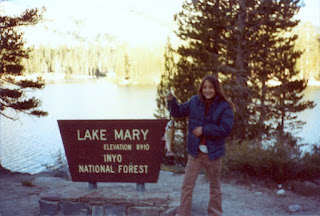 In an earlier post I pointed out that my dad had been a bit of a nomad all of his life.  Consequently I went to two different high schools.  I spent my first two years in the High Sierras, and the last two years in Sacramento.

After we moved to Sacramento dad bought a 14' fiberglass runabout boat, so he could go bass fishing at nearby Folsom Lake.

Looking back over the years I recall my first few fishing trips with dad had been a quest for bass at Lake Sherwood in Southern California, but we usually came home with a stringer full of bluegill. 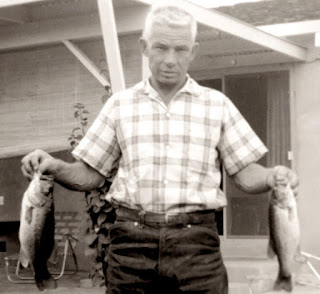 Folsom Lake was different -- it was a genuine bass fishing mecca.  I don't know if Folsom is known for record largemouth, but I do know we pulled plenty of nice fish out of the south fork of the American River in the late 1950s. 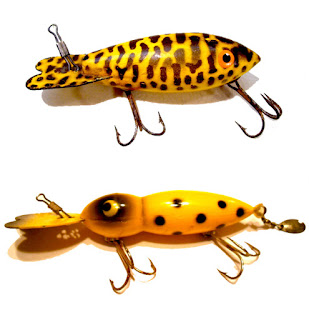 Dad's favorite lures back then were the Yellow Coach Dog Bomber and the Whooper Stopper Hellbender.  In the relatively clear waters of the American River you could often see the lure as it was being retrieved, and occasionally you could watch a strike when a fish hit the lure.  We spent many hours on pleasant summer and fall evenings probing the points and coves of Folsom Lake.

Fast forward a dozen years to 1970, I found myself at Big Bear Lake (back in Southern California) building vacation cabins.  I soon discovered Big Bear Lake is another bass fishing mecca, but this time I also discovered surface fishing just before dark when the bass would feed in the shallows. 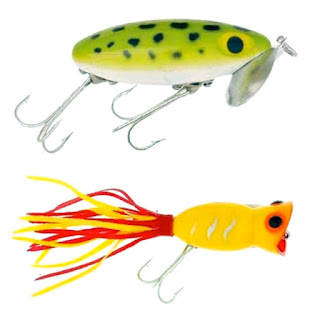 My favorite lures soon became Fred Arbogast's Jitterbugs and Hula Poppers.  I didn't have a lot of money in those days so I waded into the water wearing blue jeans and old tennis shoes.  It sure was a thrill being nearly waist deep in the water, just before dark, and watching the dorsal fin of a largemouth bass break along the surface as it hits a gurgling floating lure.

Last week I had just returned from a trout fishing trip at Virginia Lakes in the high sierras when my scientist daughter called me from San Francisco where teaches chemistry at a university.

Throughout the years she has been a consistent fishing partner, and we've fished for trout all over the Western states together.

During our telephone conversation she told me her schedule would finally allow her to come home for Christmas this year, and she sure wished we could find a place to go fishing.  We talked about fishing for a few minutes and I asked if she has ever fished for bass.  She hadn't, so I told her about some of my adventures with my dad.

It had occurred to me that the closest lake, to our home in Chatsworth, is Castaic in nearby Santa Clarita, and it does have pretty highly regarded reputation bass fishing in the early spring. 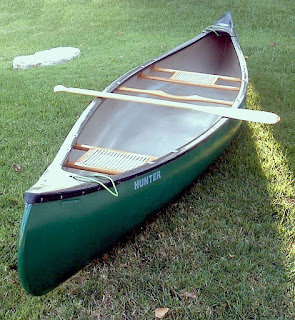 My preferred style of fishing is trolling for trout from one of my two canoes.  My a largest canoe, a 14' Old Town Hunter, is a bit tight for two fishermen (fisher-persons) when they are casting, but since I don't know much about Castaic I figure we can try trolling for bass.

Who knows maybe we'll get lucky.  Either way spending a day fishing with your daughter is always a winner. 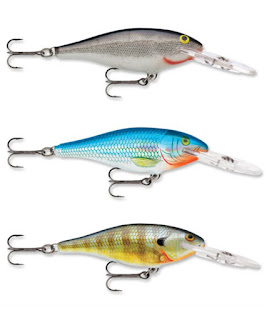 Being a big fan of Rapala lures, especially when fishing for trout, I purchased a hand full of Shad Rap SR09 lures that should run to a depth of 8' to 15' when being trolled behind a canoe.

Posted by Drifting Cowboy at 4:01 PM