Cousin Andre Lagasse was an Interpreter for David Thompson 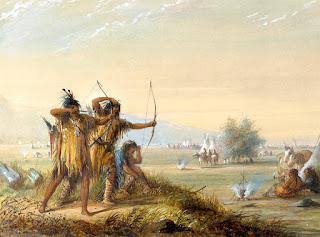 In 1803, Andre Lagasse -- my 1st cousin 6x removed -- signed a 4 year contract to act as a guide and interpreter for the North West Company, and to go to the Red River, Swan River and Lake Winnipeg.

We know from Journal entries and records kept by explorers Alexander Henry and David Thompson that Andre was part of their adventure among the Indians on the Red, Saskatchewan, Missouri, and Columbia Rivers. 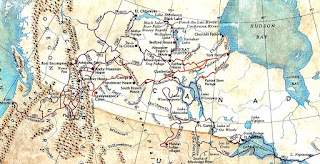 About Alexander Henry (from wikipedia)

Alexander Henry 'The Younger' (1765 – 22 May 1814), was an early Canadian fur trader, explorer and diarist. From 1799 until his premature death in 1814 he kept an extensive diary which is the most complete record ever printed of the daily life of a fur trader in the north. These journals cover everything that happened to him in a most matter-of-fact manner and have yielded much material for historians and other researchers of that time period in North American history.

In 1792, with his well-known uncle of the same name, Henry became a partner in the North West Company and he was later a wintering partner of the XY Company and the Pacific Fur Company. His diaries record his travels from Lake Superior to the Pacific Ocean. In Canada, he travelled through Ontario, Manitoba, Assiniboia, Keewatin, Saskatchewan, Alberta and British Columbia. In the United States of America his travels took him through areas that comprise the modern states of Wisconsin, Minnesota, North Dakota, Idaho, Oregon, and Washington.

He encountered many different tribes of Indians, and in the north saw much of the Chippewas, the three tribes of the Blackfeet, the Crees, Assiniboines, Sioux, Sarcees, and others. In the south, he reached the Mandans, the Minitari, the Rees, and even the Cheyennes, south of the Missouri River. On the west coast he saw many tribes of the Columbia River, such as the Wanapum. In 1808, he travelled with David Thompson from Lake Winnipeg to Fort Vermilion, Alberta.

From Fort George, Henry and Donald McTavish (first cousin of Simon McTavish) were being taken back along the Columbia River by five sailors of the Royal Navy to the warship HMS Isaac Todd when their boat capsized and they drowned. 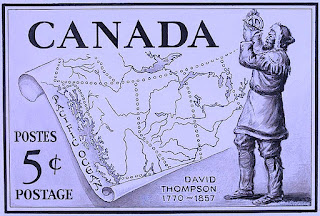 About David Thompson (from wikipedia)

David Thompson (30 April 1770 – 10 February 1857) was a British-Canadian fur trader, surveyor, and map-maker, known to some native peoples as "Koo-Koo-Sint" or "the Stargazer." Over Thompson's career, he travelled some 90,000 kilometres (56,000 mi) across North America, mapping 4.9 million square kilometres (1.9 million square miles) of North America along the way. For this historic feat, Thompson has been described as the "greatest land geographer who ever lived."

Thompson's decision to defect to the North West Company in 1797 without providing the customary one-year notice was not well received by his former employers (Hudson's Bay Company). However, joining the North West Company allowed Thompson to pursue his interest in surveying and work on mapping the interior of what was to become Canada.

In 1797, Thompson was sent south by his employers to survey part of the Canada-US boundary along the water routes from Lake Superior to Lake of the Woods to satisfy unresolved questions of territory arising from the Jay Treaty between Great Britain and the United States. By 1798 Thompson had completed a survey of 6,750 km (4,190 mi) from Grand Portage, through Lake Winnipeg, to the headwaters of the Assiniboine and Mississippi Rivers, as well as two sides of Lake Superior.

In 1798, the company sent him to Red Deer Lake (Lac La Biche in present-day Alberta) to establish a trading post. The English translation of Lac la Biche-Red Deer Lake-first appeared on the Mackenzie map of 1793.

Thompson spent the next few seasons trading based in Fort George (now in Alberta), and during this time led several expeditions into the Rocky Mountains.

In 1804, at the annual meeting of the North West Company in Kaministiquia, Thompson was made a full partner of the company and spent the next few seasons based there managing the fur trading operations but still finding time to expand his surveys of the waterways around Lake Superior. However, a decision was made at the 1806 company meeting to send Thompson back out into the interior. Concern over the American-backed expedition of Lewis and Clark prompted the North West Company to charge Thompson with the task of finding a route to the Pacific to open up the lucrative trading territories of the Pacific Northwest. 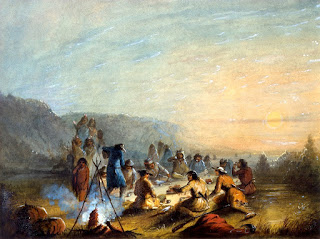 AND From: New light on the early history of the greater Northwest : the manuscript journals of Alexander Henry ... and of David Thompson ... 1799-1814, page 50:

"There were many portages on the route from Lake Superior, ranging in length from short distances to 3,000 feet, over which both canoes and goods were packed, each man carrying from 90 to 180 pounds, the bowman and the helmsman carrying the canoe. 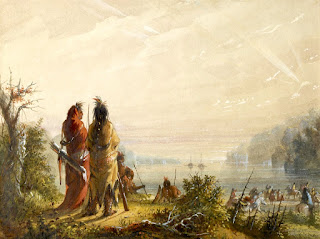 ALSO FROM: New light on the early history of the greater Northwest : the manuscript journals of Alexander Henry ... and of David Thompson ... 1799-1814, page 51

"No. 9. No question of identity in this case.—There is at least one other of same surname, Charles Lagasse, or Lagace, who was with Thompson on the Upper Saskatchewan in April, 1800 ; went with him to the Kootenays, Oct. 5th-23d, 1800" -- I believe this is Andre's brother (See his HBC contract at end of this post).

André was the son of Charles Migner Lagacé born 28 Nov 1744, died 23 Jan 1819, AND Marie Madeleine Aubé dit Aubert.  And, he was the grandson of Joseph Migner (Lagacé) Lagassé AND Felicite Caouette. 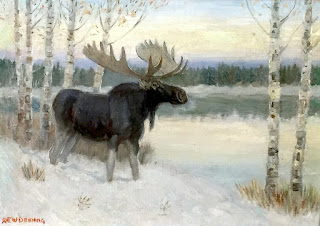 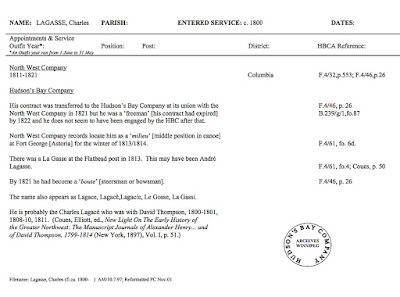 The document above, from the Archives of Winnipeg, is the transfer of a contract for Charles Lagasse from the North West Company to the Hudson's Bay Company after their merger in 1821.  I believe this Charles is perhaps the younger brother of Andre.

Posted by Drifting Cowboy at 3:38 PM