Great-uncle Joseph a NWC Voyageur who Travelled with Alexander Mackenzie 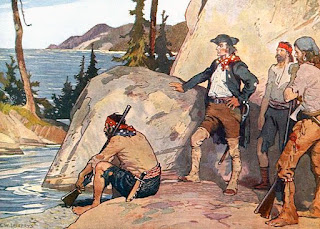 Joseph Vielle dit Cossé -- 5th great-uncle -- was a voyageur in the employ of Alexander Mackenzie when they travelled to Grand Portage in 1797, however Joseph's contract was for a 3 year period, so he obviously went further West.  Perhaps Joseph was with explorer David Thompson, who in 1797, was sent south by the North West Company (NWC) to survey part of the Canada-US boundary along the water routes from Lake Superior to Lake of the Woods to satisfy unresolved questions of territory arising from the Jay Treaty between Great Britain and the United States.

Joseph's younger brother Michel was also employed by the NWC

The contracts for both brothers state they are Bowmen (Avant) the man located in the front (or bow) of the canoe who acted as the guide. 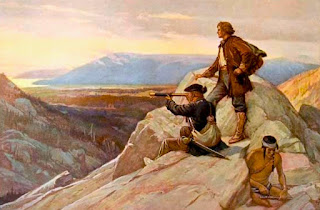 Our lineage from the Vielle dit Cossé brothers: 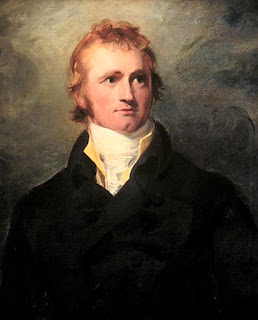 Mackenzie is best known for his overland crossing of what is now Canada to reach the Pacific Ocean in 1793.  As a major partner in the North West Company, he was based in Montréal from 1794 to 1799, but travelled to Grand Portage, New York, and Philadelphia on company business.

In 1799, Alexander Mackenzie severed ties with the company (owing in part to conflict with Simon McTavish) and sailed for England. The next year he joined a rival company, the XY Company or New North West Company (which quickly became known as Alexander Mackenzie and Company). In 1801, Mackenzie published his Voyages from Montreal to the Frozen and Pacific Oceans (1801), which garnered him considerable public and literary attention.

In fact, Mackenzie’s book, Voyages from Montreal to the Frozen and Pacific Oceans (1801), would inspire and guide other explorers. Several editions were published, including a pirated French version and two German editions. United States President Thomas Jefferson presented an American edition of Mackenzie’s book to Meriwether Lewis, who would carry it to the Pacific on his famed expedition with William Clark in 1804–6. 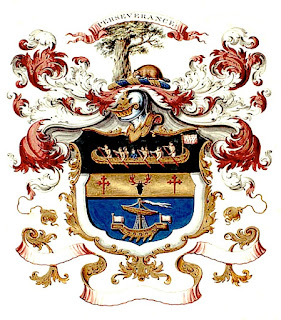 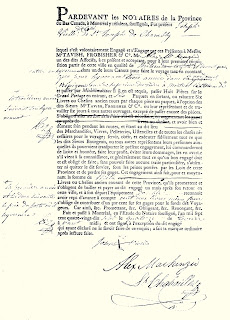 1797, Feb 14, Engagement of Joseph Vielle dit Cossé (1767-_) (5th great-uncle); voyageur, to go to Nord Ouest [North West], Nipigon and Lac Superieur for traders McTavish, Frobisher and Company aka North West Company. Hired by company representative Alexander Mackenzie. The contract states he is a Bowmen (Avant) the man located in the front (or bow) of the canoe who acted as the guide.