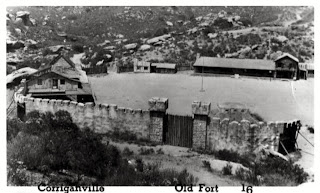 During the summer of 1947, 20th Century-Fox built a western fort set to be used during the filming of Fort Apache (1948). The fort set was located on a plateau above (and north of) Silvertown.  See the aerial photo on my Corriganville overview page at http://a-drifting-cowboy.blogspot.com/2012/07/corriganville-movie-ranch-overview.html 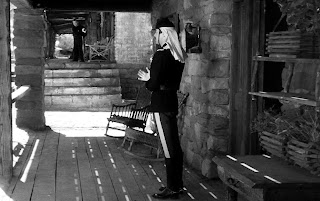 Above is a photo of Henry Fonda (fort commander) in a scene from Fort Apache (1948). 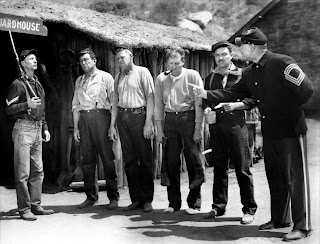 In another still from Fort Apache (1948) Ward Bond disciplines wayward soldiers outside the guardhouse. 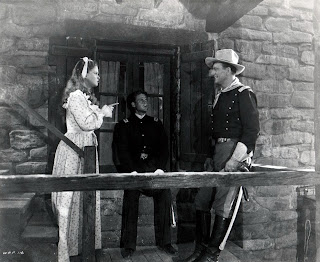 John Wayne, John Agar and Shirley Temple in a scene filmed at the officer's quarters in Fort Apache (1948). 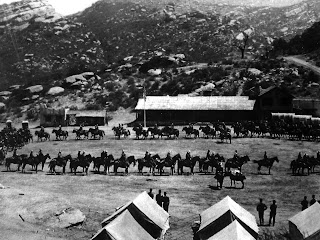 The photo above gives us a look at the Fort Apache set as it appeared in Ambush (1949) starring Robert Taylor. 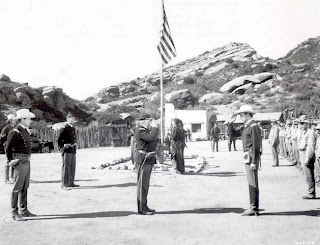 William Holden takes command in a scene from Escape from Fort Bravo (1953). 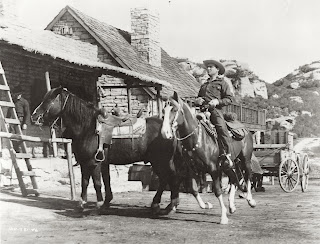 Gene Autry and Champ ride through Fort Apache in a scene from Indian Territory (1950). 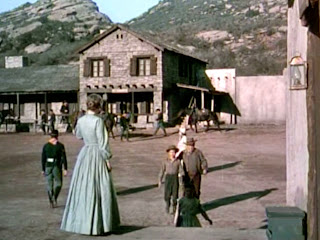 While the dugout cabin was not actually part of Fort Apache it often appeared in films featuring the fort.  It was located in a side canyon a few hundred yards west of the fort set. 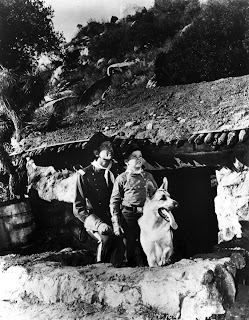 The Dugout Cabin as seen in a scene from "The Adventures of Rin Tin Tin" (1954) TV Series. 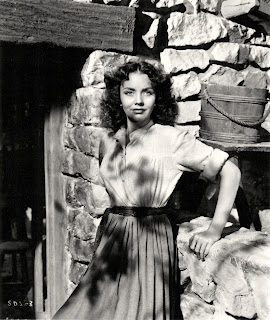 Jennifer Jones (above) standing at the entry of the dugout in a scene from Duel in the Sun (1946). 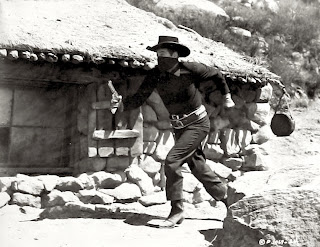 Above Charles Starrett rushes bad guys hiding in the dugout in a scene from Renegades of the Sage (1949).

Posted by Drifting Cowboy at 1:55 PM