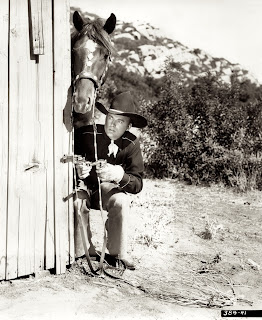 Apache -- a beautiful paint horse -- was owned by Bob 'Tumbleweed' Baker.   Baker rode Apache in all his starring roles.  Baker is believed to have sold Apache to Montie Montana who have a penchant for beautiful paint horses.  [A different Apache was ridden by Bill Williams in the "Kit Carson" TV series] 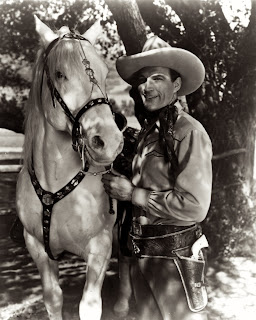 Baron -- a handsome white horse -- was owned and ridden by Tom Tyler in many of his 1930s films. 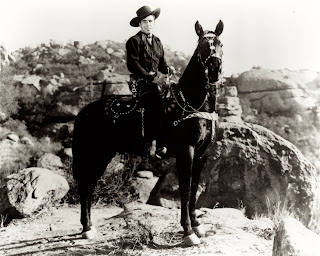 Black Diamond -- a stunning Black thoroughbred -- ridden by Lash LaRue whose outfit was all black.  Some researchers suggest the same horse was sometimes called 'Rush.' 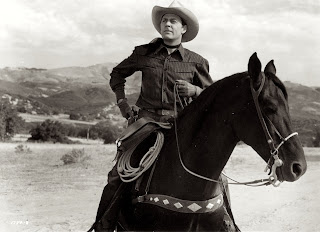 Black Jack -- was beautiful black stallion -- owned and ridden by Rocky Lane.  According to Bobby Copeland's book "Silent Hoofbeats" Black Jack was a Morgan that Lane bought from Bill Elliott in 1946.  I believe the horse was probably 'Thunder' in both of their respective Red Ryder roles. 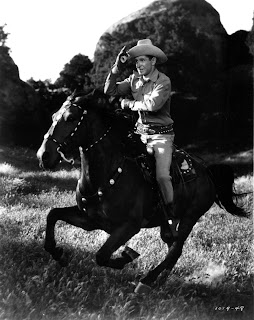 Brownie -- his favorite it has been suggested -- was just one of dozens of horses ridden by Bob Steele.  Others were named Flambow, Boy, Shiek Coco, Zane and Sacks. 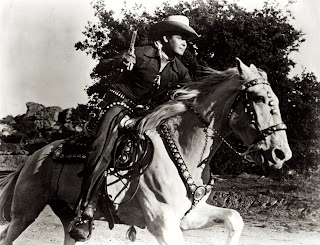 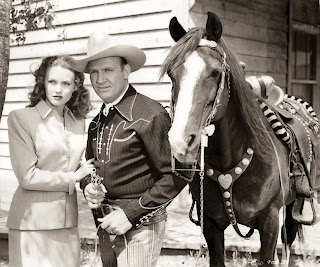 Champion -- “Wonder Horse of the West” -- a sorrel with a blaze and three white stockings appeared throughout Gene Autry's film and television career, but there were at least four different Champions. 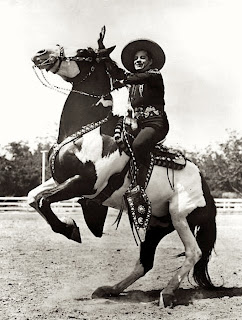 Diablo -- a flashy paint horse -- owned and ridden by Duncan Renaldo (especially in the 1950s "The Cisco Kid" TV Series) was just one of many Diablos used in Renaldo's film and TV shows. 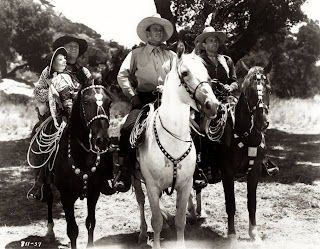 Duke -- "The Miracle Horse"  -- in early 1930s John Wayne oaters was (like a lot of things in the movies) not always as it appeared.  It seems -- on close examination -- Wayne was actually mounted on many different white steeds. 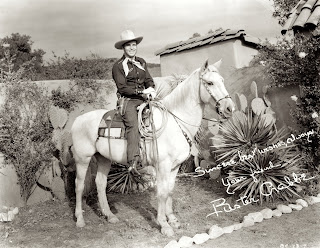 Falcon -- a palomino with a brand (maybe 'S') on his left shoulder -- was the primary mount used by Buster Crabbe during his days with PRC, but he occasionally appeared on a other colored horses.

Hold your horses… before you write to tell me I missed your favorite six-gun hero and his steed -- there'll be more coming soon.