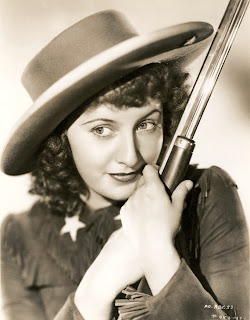 Barbara Stanwyck (1907 – 1990) was an Academy Award nominated actress and television star.  During her 60-year career she was known as a consummate and versatile professional with a strong, realistic screen presence, and a favorite of directors including Cecil B. DeMille, Fritz Lang, and Frank Capra.

After a short but notable career as a stage actress in the late 1920s, she made 85 films in 38 years in Hollywood, before turning to television in the 1960s.

In the late 1930s Stanwyck co-owned a 140 acre thoroughbred horse breeding farm with her agent Zeppo Marx.  The farm known as Marwyck farms later became Northridge Farms, and was located north of Lassen Street along Reseda Boulevard in Northridge, California.  In the 1940s Northridge called itself the "Horse Capital of the West."  See Kevin Rodericks excellent article about movie stars in the San Fernando Valley at http://www.americassuburb.com/wood.html 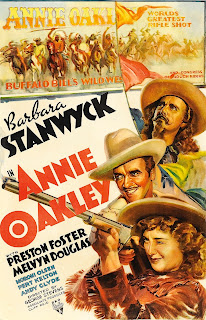 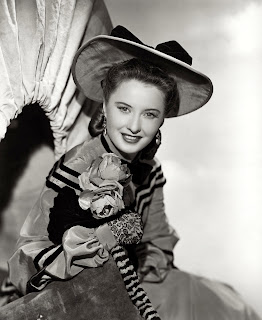 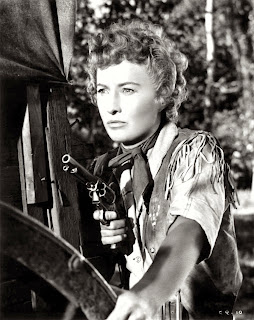 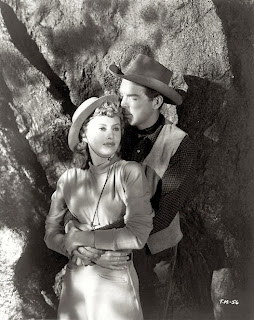 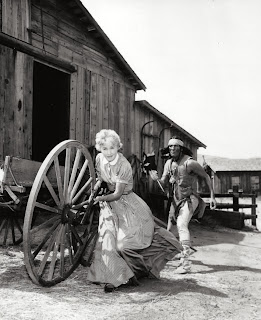 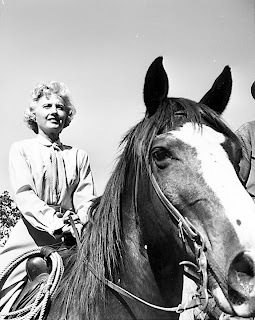 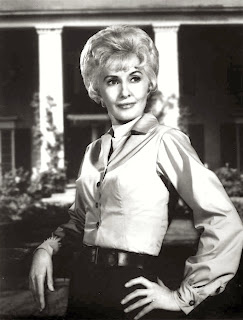 
Posted by Drifting Cowboy at 7:25 AM