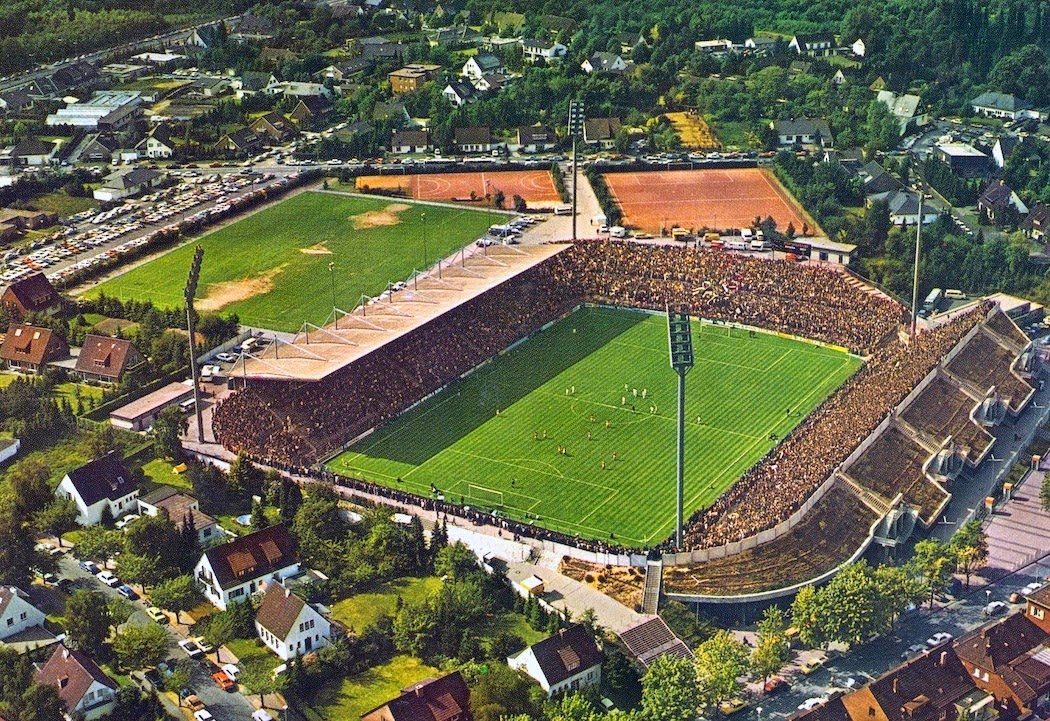 With Germany poised to compete in the 2014 World Cup final I thought it might be a good idea to look at the organization of soccer in that country.

According to wikipedia -- the Bundesliga has the highest average stadium attendance of any league in the world, and is broadcast on television in over 200 countries.

The Bundesliga is a competition among 18 teams that operates on a system of promotion and relegation.  At least 52 clubs have competed in the Bundesliga since its founding.

The Bundesliga was founded in 1962 in Dortmund with the first season played in 1963.

One reason Germany is a world wide soccer force is because it has such a highly structured and organized youth training system.

What an outstanding 2014 World Cup final -- Germany  defeated Argentina 1 - 0 in a double overtime.

Posted by Drifting Cowboy at 11:22 AM