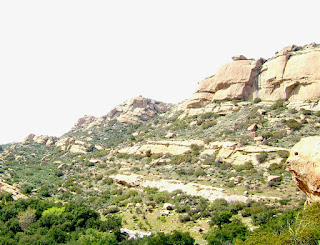 As I pointed out in a previous post the Bell Location Ranch sat high-up on a plateau in the Santa Susanna Mountains overlooking the San Fernando Valley and Chatsworth reservoir.  It was situated on private property just off Box Canyon Road on Studio Road (south of Santa Susana Pass Road) about half way between Chatsworth's Iverson Ranch and Simi Valley's Corriganville.  (See http://a-drifting-cowboy.blogspot.com/2012/03/beyond-boulder-pass-bell-location-ranch.html) 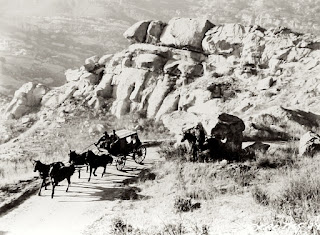 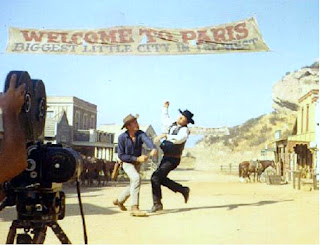 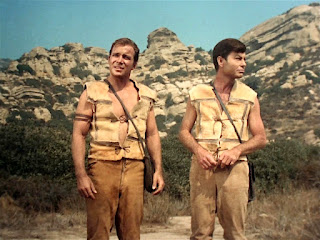 Star Trek's nineteenth episode of the second season, "A Private Little War" was originally broadcast February 2, 1968 and repeated on August 23, 1968. 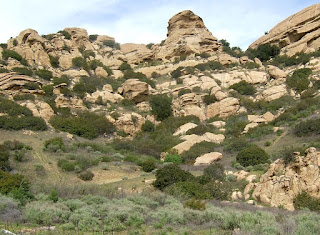 The episode was lensed in a box canyon on a remote part of the lower ranch.  The screenplay by Gene Roddenberry was based on a story by Don Ingalls under the pseudonym Jud Crucis, and directed by Marc Daniels. It was intended as an allegory about America's involvement in the Vietnam War, and has been referred to as the 'Pro-Vietnam War Episode.' 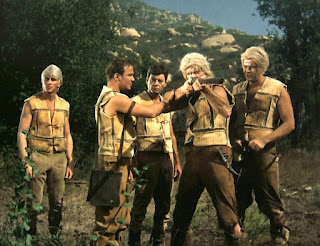 The storyline is a morality tale that examines liberal versus conservative attitudes toward war.  Evil Klingons have armed 'villager people' with flintlock arms who use them to attack 'hill people' who only have bows and arrows thus changing the evolution of the planet's civilization.  The dilemma for the Star Trek crew is whether or not they should arm the hill people with flintlocks to create a balance of power. 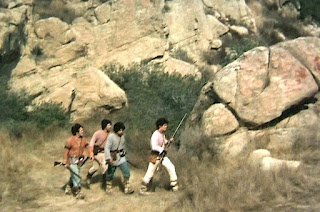 It's great fun to find a vintage film or television episode, and then explore a long forgotten film location in search of then and now landscape features. 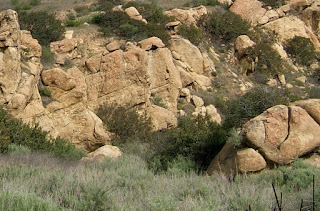 I have dubbed the rock formation in the lower right corner above as 'cracked dice rock.'

That's all folks… beam me up Scotty!