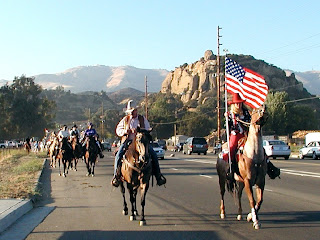 Letter to LA politicians, published in the Valley Horse Owners Association newsletter The Hoof Beat, November, 2002
Dear City Leaders,
I am writing to ask for your support to protect my community.  It's my personal opinion that our democratic rights are being violated by unfair local government practices.
Last year a developer asked for and obtained a zone change--removing horse-keeping to allow small lots--for a parcel of land in our neighborhood.  On the surface that seems innocent enough, but what is wrong with the picture is that an entire community was ignored because of the developer's political connections.
Hundreds of citizens protested the land-use approvals of the Los Angeles City Planning Commission, and the Los Angeles City Council.  The citizens were ignored at every turn, and the influential developer always got his way. 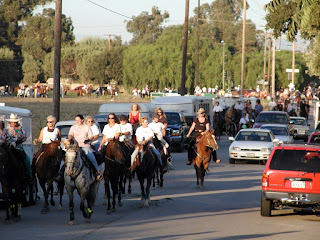 A non-profit organization, known as the Chatsworth Land Preservation Association (CLPA), filed a lawsuit against the developer, land-owner, and the city.  CLPA's lawsuit represented the demands of hundreds of Chatsworth citizens. 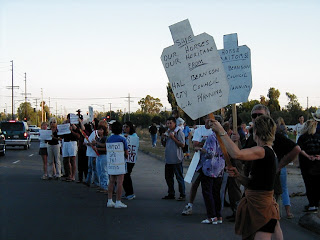 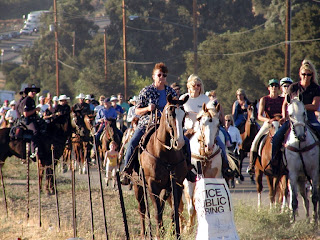 If you believe in truth, justice, and the American way please help us.
Afterword -- almost a decade later...
The Airport Commissioner sold the land to another developer, but with the weak the economy his big houses on small lots sat unsold for many years.  The Mayor was not re-elected to a second term.  The City Councilman retired, and is a land-use consultant.  The Airport Commissioner, his wife, and his daughter no longer have commissions or jobs with the city.
A new Mayor and a new City Councilman have passed an olive branch to Chatsworth horsemen, and the weak economy has slowed down the rezoning of large horse-keeping parcels of land.  Many of the horseman seen in these photos have moved away from Los Angeles.
(Photos are compliments of Steve Ford.)
Posted by Drifting Cowboy at 12:16 PM