Have you ever played Cowboys and Eskimos? 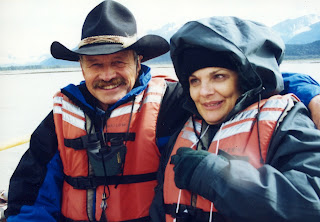 I grew up with horses and made my living as a cowboy folk artist for more than a dozen years, so it wasn't unusual for me to be wearing a cowboy hat when my wife and I visited Alaska a few years back.  We flew to Kotzebue, Alaska, which is 33 miles north of the Arctic Circle on Alaska's western coast.  About a dozen of us were on a van tour led by a young Inupiat native.  Part of his tour included a visit an Inupiat summer camp on the edge of the Chukchi Sea.  We had just arrived when suddenly an old Eskimo stepped out of the camp and shouted, "Hey cowboy!"  We shook hands, and exchanged greetings; then he asked me if I'd like a tour of the camp.
He explained to me that his people fished, hunted, and gathered tundra roots and berries to satisfy their diet.  He said they would move upstream to a winter camp in a couple of months, adding that they migrated back and forth every year to find fish and game.  His camp was extremely utilitarian in appearance.  Eskimos have few building materials in their native tundra, so they make do with a combination of new imported goods like plastic tarps and a few sticks of wood, and traditional materials, such as animal skins. 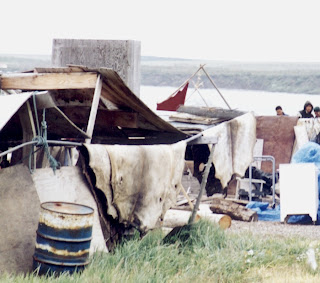 I will always hold that meeting with a real Eskimo as one of my fondest travel memories.  I long to return for another visit to the "land of the midnight sun." 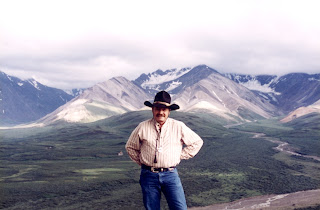 Maybe next time I will take a canoe upstream and see where the Inupiat people spend their winters.
Posted by Drifting Cowboy at 2:12 PM