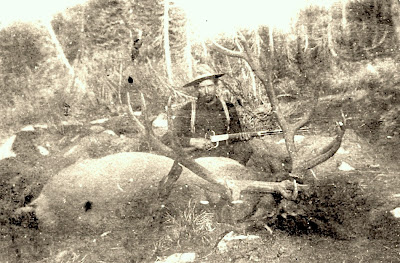 Frank Bailey, my granddad, shot this elk near his home in Kalispell, Montana about 1910.  He had a taxidermist mount the head, which was a Montana record at the time. 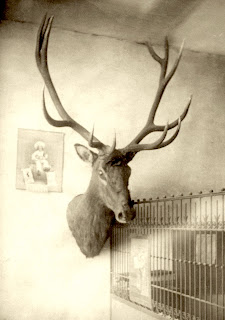 The mount hung in a Kalispell bank until a member of the Benevolent and Protective Order of Elks borrowed it from the bank for an event.  It was never returned to the bank because someone had stolen it.  I still have granddad's correspondence with the BPOE.  Too bad it was never recovered. 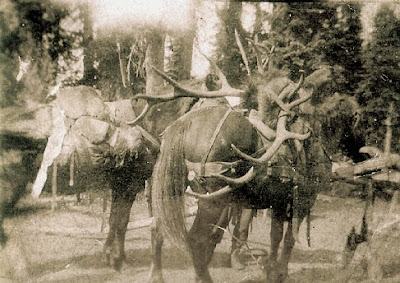 The photo above shows the elk rack and cape loaded on granddad's pack horse.  I can just imagine, Orange Bailey, granddad's great grandfather, hunting elk with a single-shot muzzle-loading rifle in Iowa Territory a half century earlier.
Posted by Drifting Cowboy at 1:48 PM