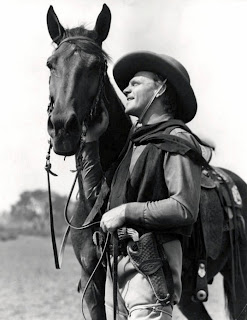 Directed for Warner Bros. by Lloyd Bacon and starring James Cagney, Humphrey Bogart and Rosemary Lane.  I won't tell you this film is one of the best cowboy movies you'll ever see, but it surprised me with some great action scenes featuring James Cagney. 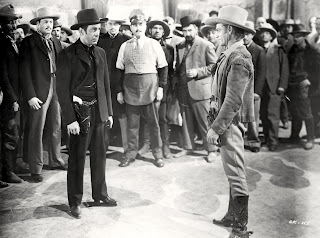 Yup! It's a fact.  Cagney who was more at home playing a Lower East Side gangster is actually a fair to middling' horseman, and pulls off some exciting horseback action. 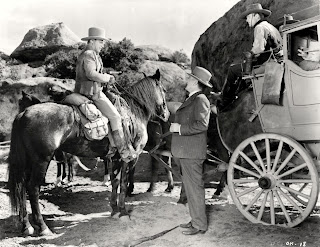 As the Cherokee strip--a section of Oklahoma--is opened to settlement, a lawless gang led by outlaw Whip McCord takes over.  Respectable citizens including Judge Hardwick and his daughter Jane and John Kincaid and his son Ned are determined to build a civilized town in the strip which is destined to become Tulsa. 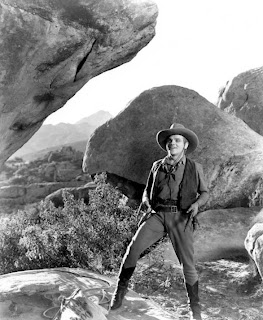 John Kincaid's black sheep son (the Oklahoma Kid) irritates both outlaws and the law with his own brand of individualism.  The Kid who comes from a respectable family, but has gone bad and enters a life of crime.  In the film the Kid tells us, “Listen, I learned this about human nature when I was but so high, and that is: that the strong take away from the weak, and the smart take it away from the strong.” 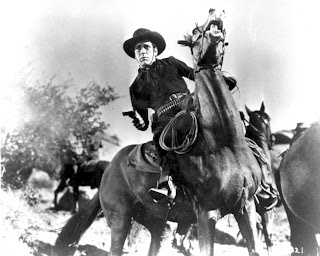 Controlled by McCord and his gang drinking, gambling and violence rule the town.  In an effort to fight the outlawry John Kincaid runs for mayor and Ned Kincaid runs for sheriff.  McCord frames John Kincaid for murder and holds a trial while Judge Hardwick is absent.  Kincaid is railroaded into a guilty verdict, and the lack of justice reinforces the Kid's cynicism about the law, so he tries (unsuccessfully) to break his father out of jail. 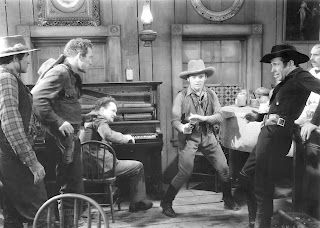 Later, McCord incites a crowd into lynching John Kincaid.  The Kid takes the law into his own hands, tracks down the killers and forces a confession out of McCord.  Ned Kincaid tries to arrest McCord, and is shot.  As he lies dying he saves the Kid's life by killing McCord. 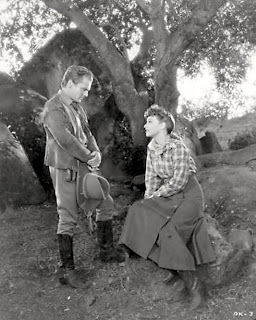 In the end the Kid decides to go straight and marries Jane.  All in all it's an entertaining tall tale about a good bad guy known as the Oklahoma Kid. 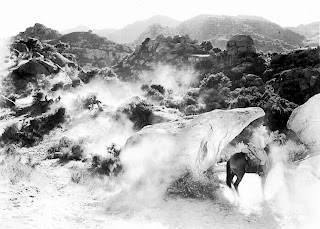 From an Iverson Ranch historian's point of view the movie offers an exciting look at most of the 'Rock Stars' that kept film-makers coming back to the location for three quarters of a century. 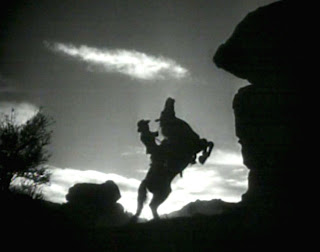 The film's opening scenes feature the Kid on a rearing horse--where else, but in front of Lone Ranger Rock.