Meanwhile back at the ranch -- Rocky Peak 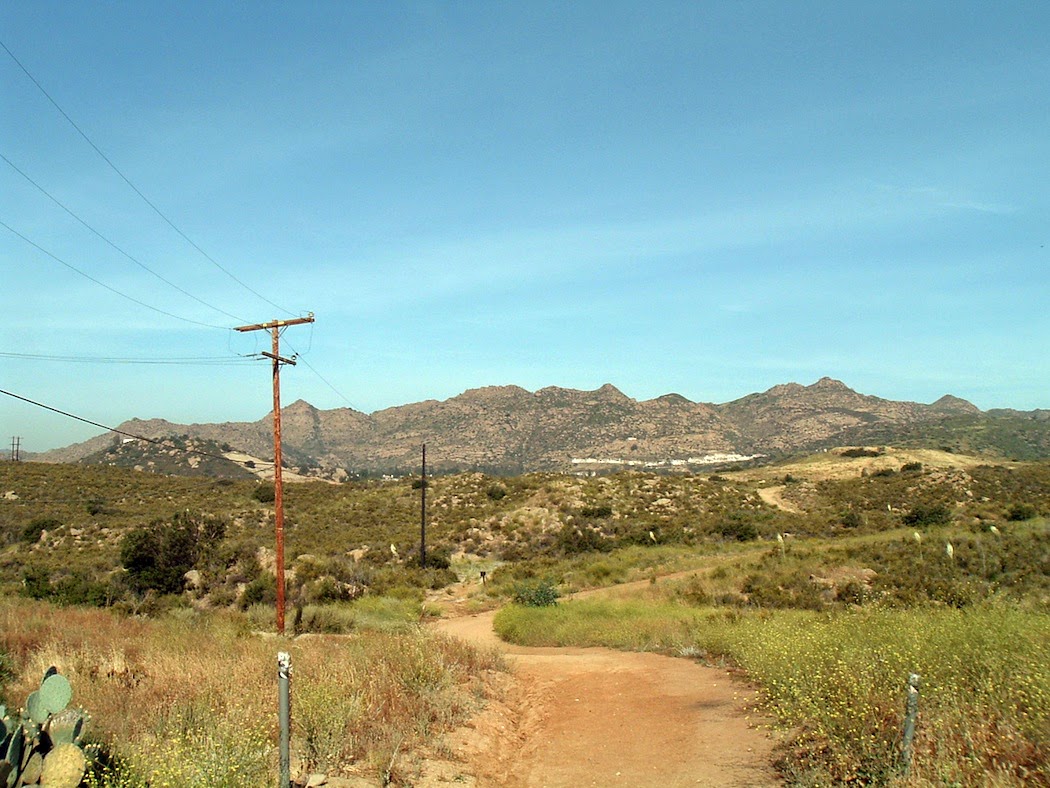 Rocky Peak (photo above) with its summit at 2714 feet is the third tallest peak in the Santa Susana Mountain Range.  The Santa Susana range skirts the northern edges of both the San Fernando Valley and Simi Valley.


Rocky Peak was visible from most filming locations on the Iverson and Brandeis Movie Ranches when the camera was facing West, and was an easy way to verify their location in films lensed there. 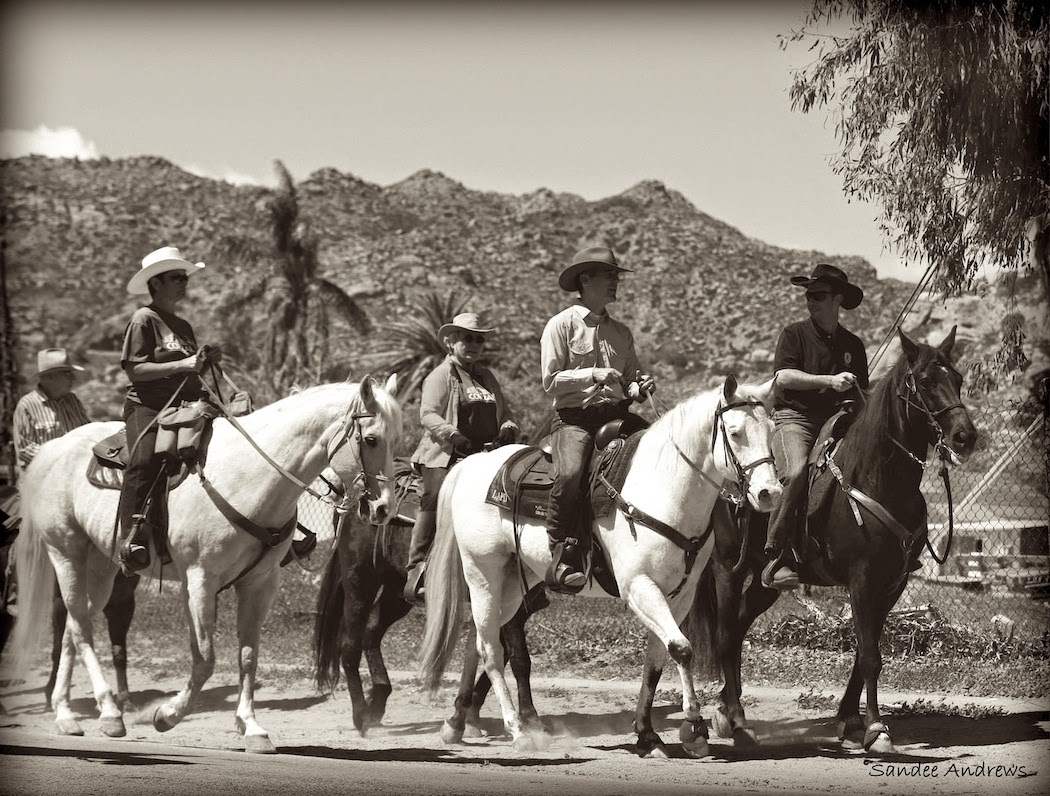 Over the decades Chatsworth's Rocky Peak has been seen in so many movies it has become an icon for the Old West.

In the 2014 photo above horseback riders including Los Angeles Mayor Eric Garcetti, Councilman Mitchell Englander, and equestrian leaders Mary Kaufman and Charlotte Brodie have been captured by photographer Sandee Andrews with the famous peak in the background giving the photo an illusion of being from the Old West.

As you will see in the following collection of movie stills Rocky Peak has a very different appearance than Oat Mountain to it's East.  Rocky Peak is actually an anchor point where the much rockier Simi Hills join the Santa Susana Range. 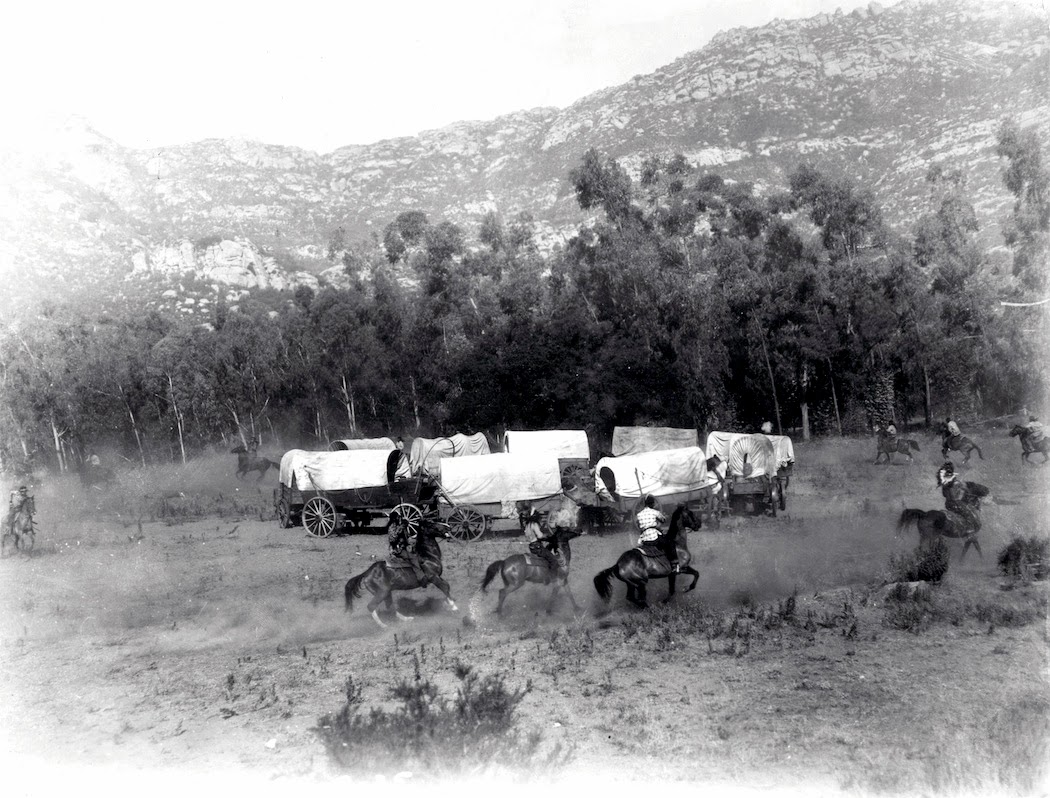 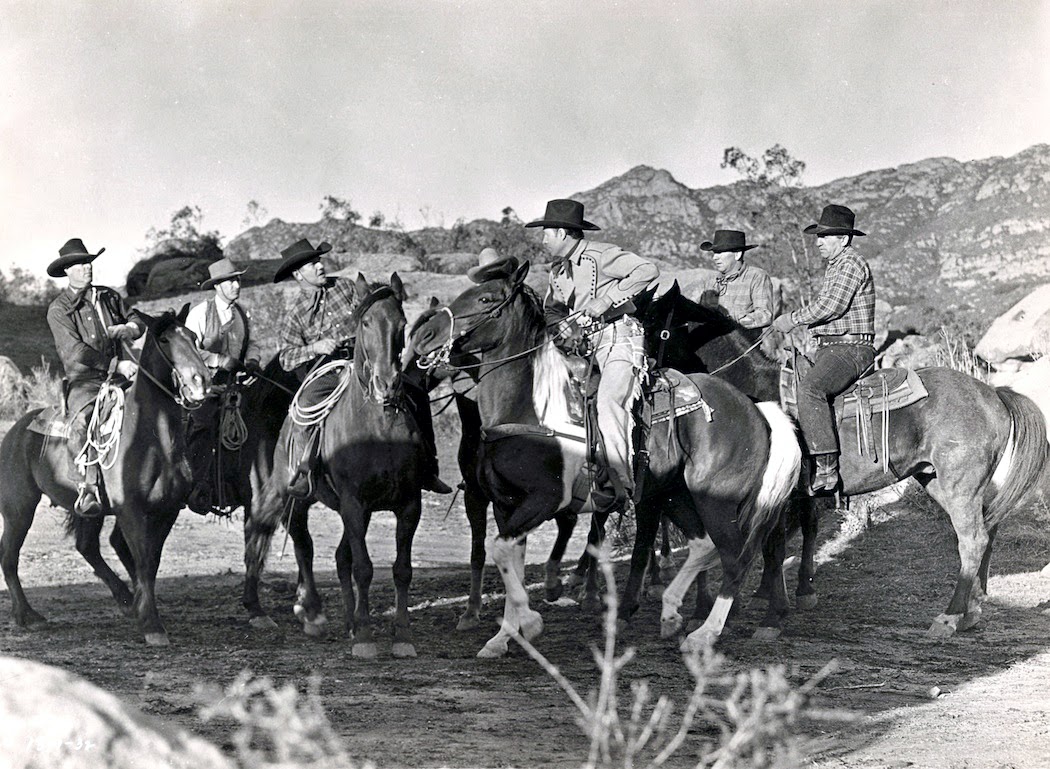 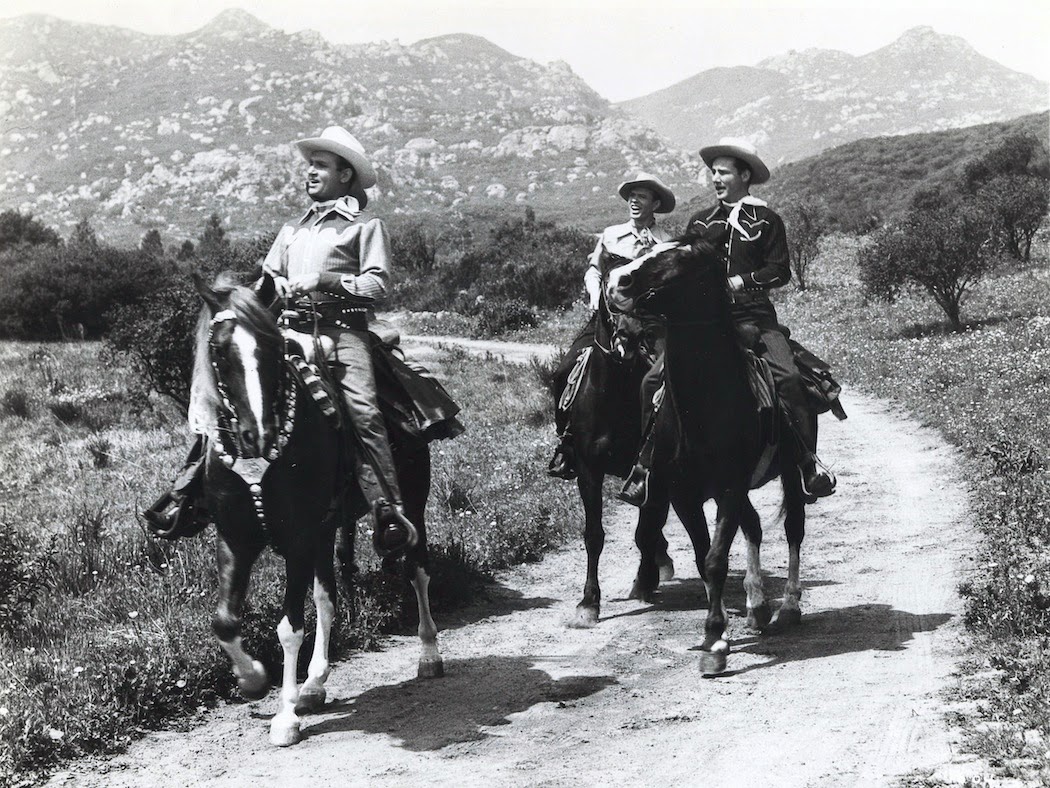 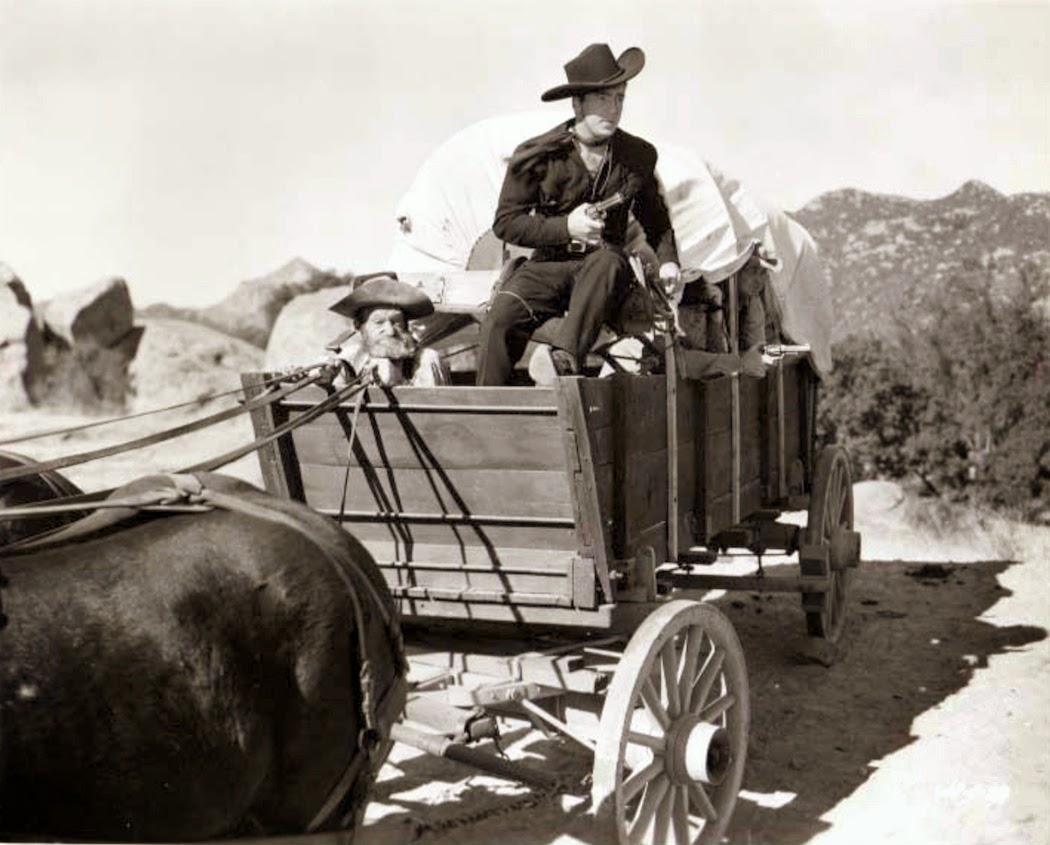 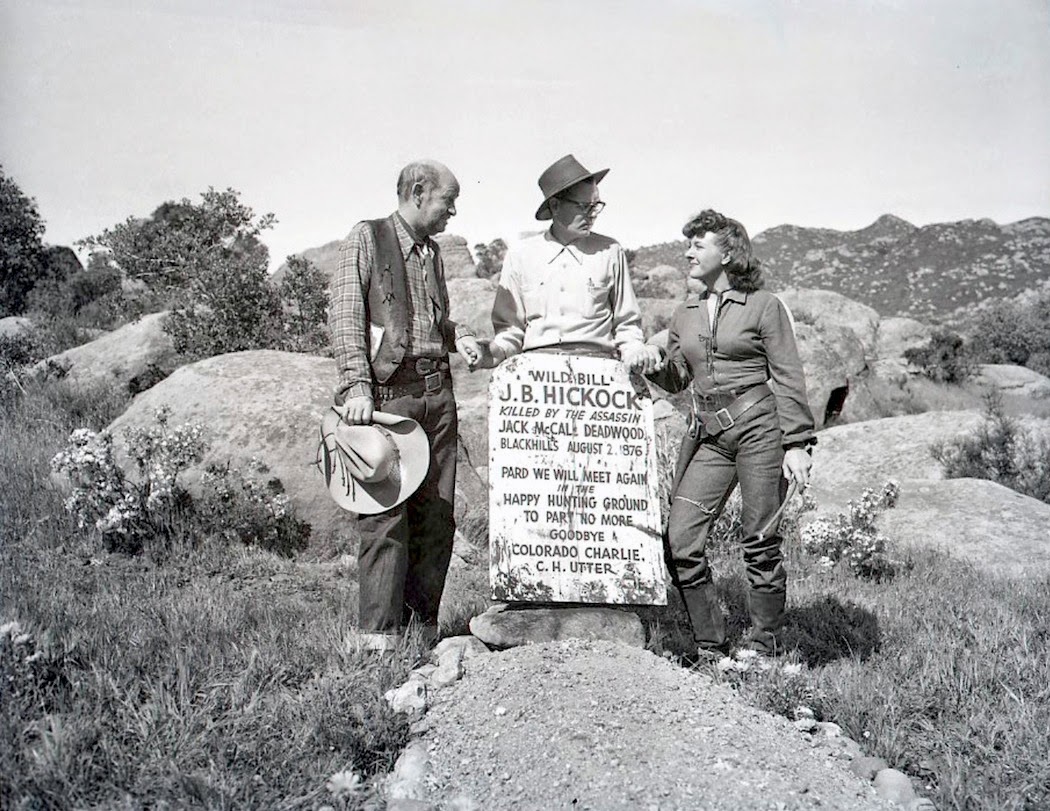 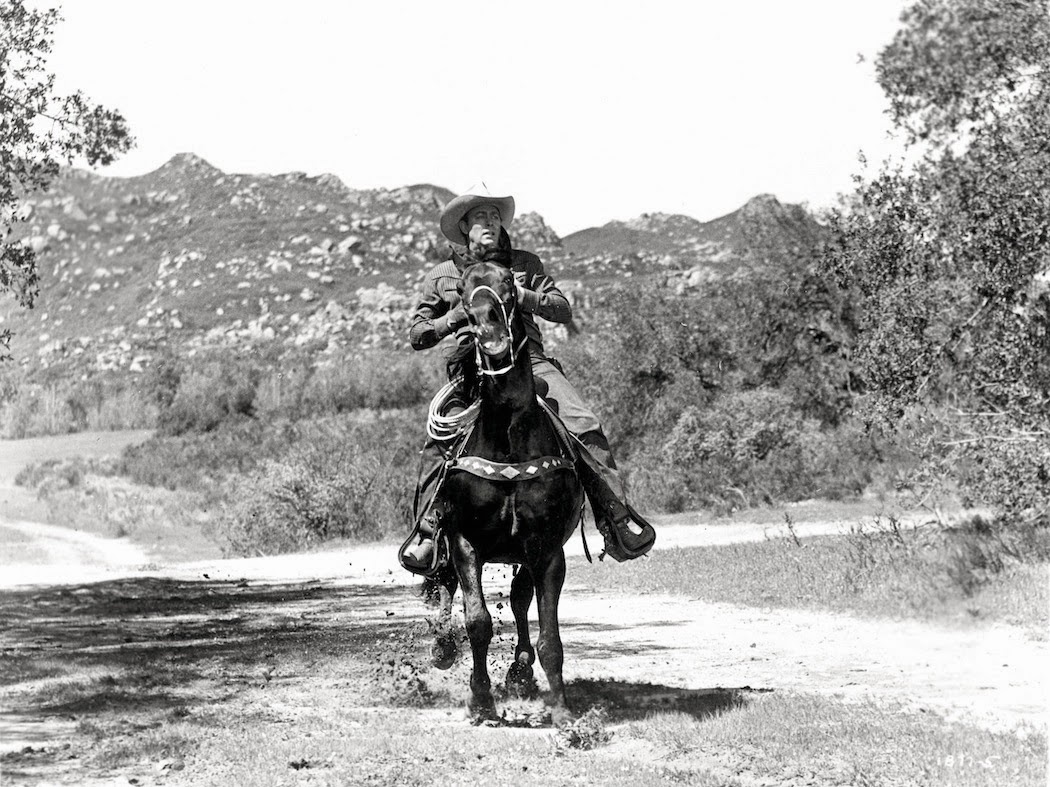 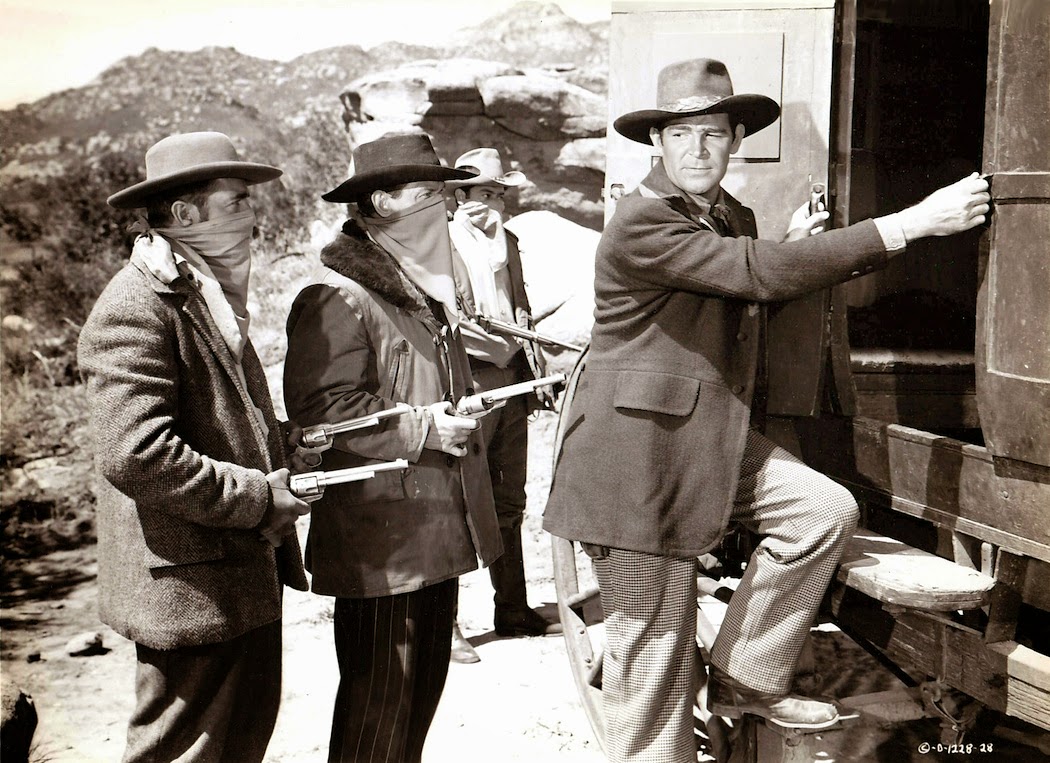 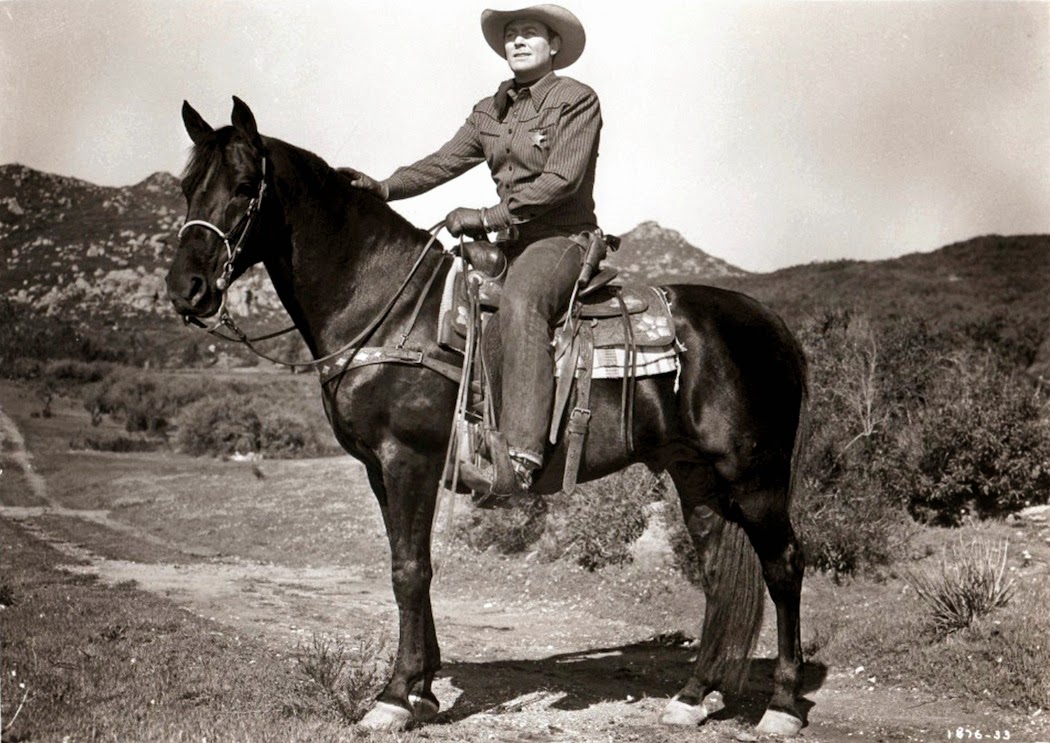 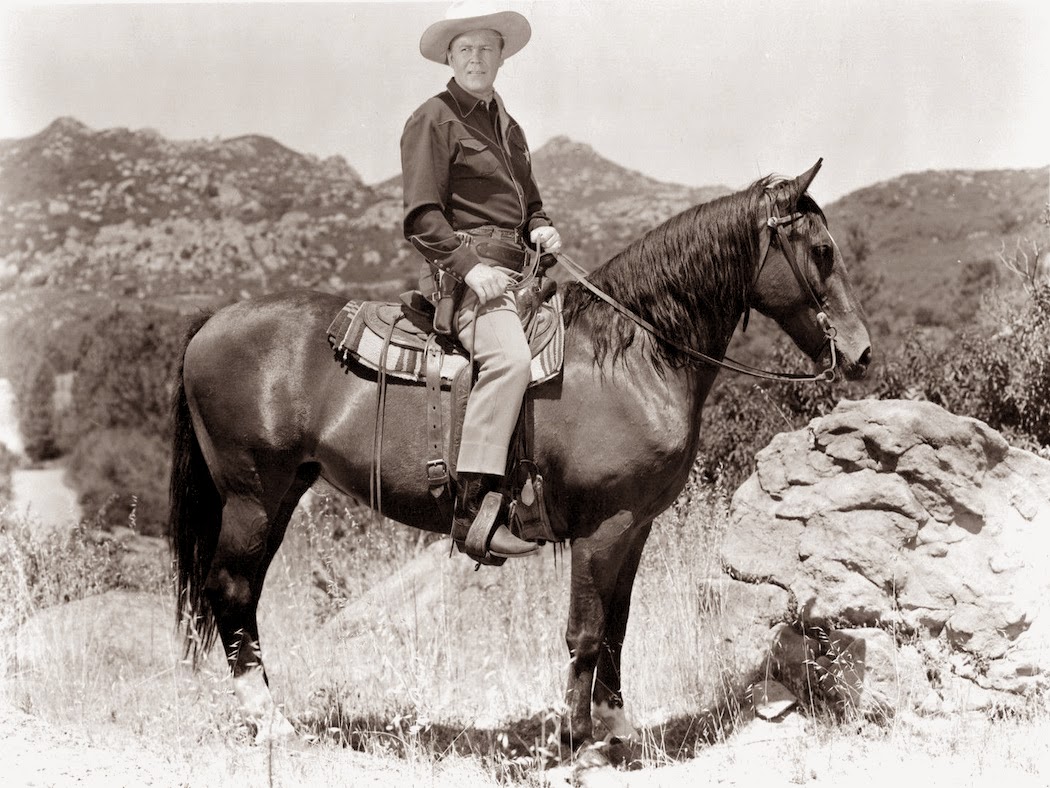 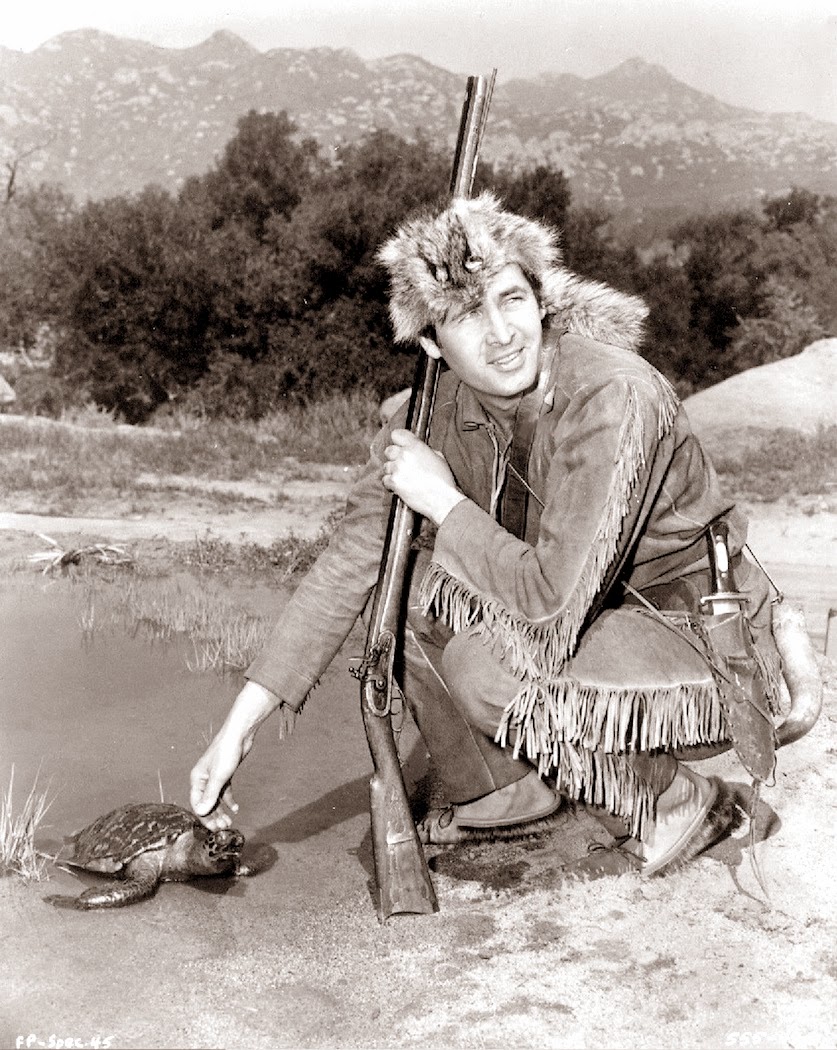 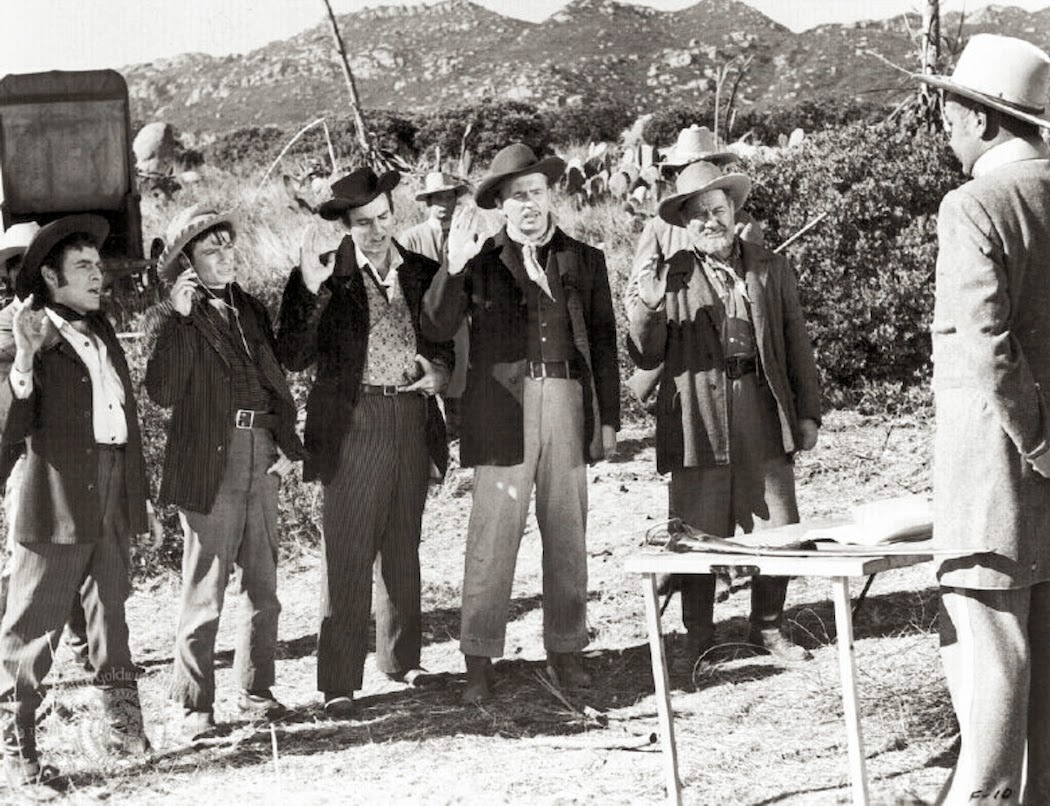 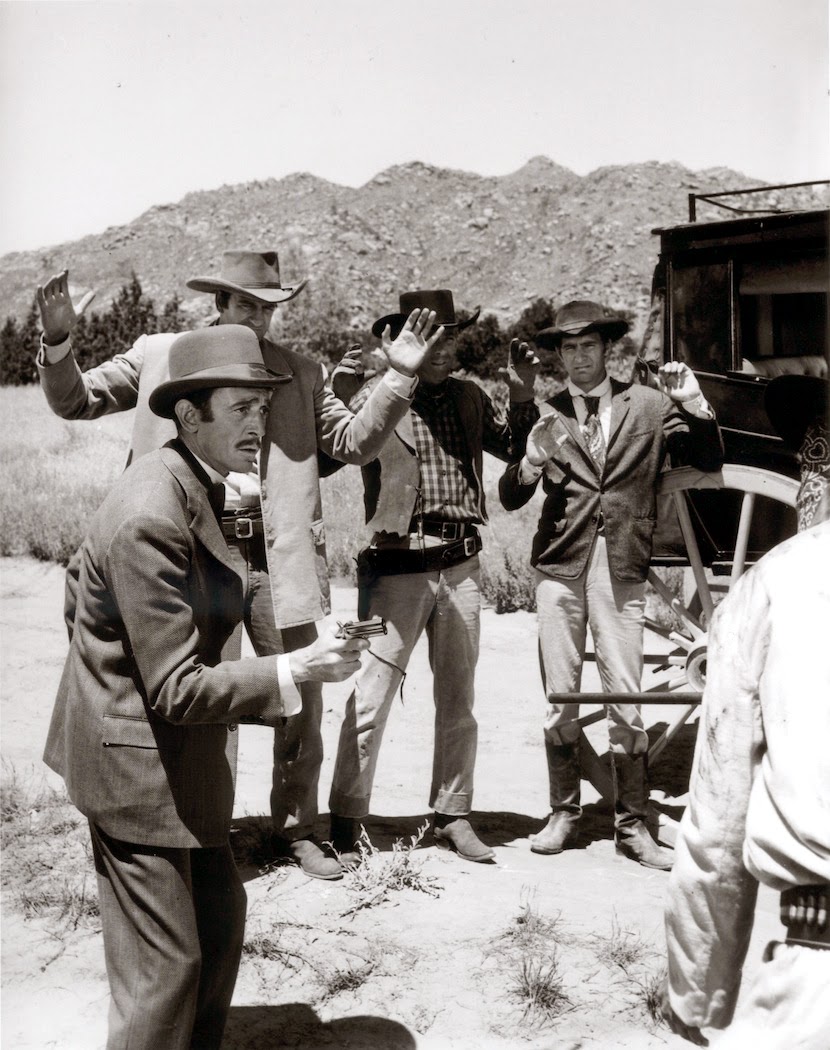 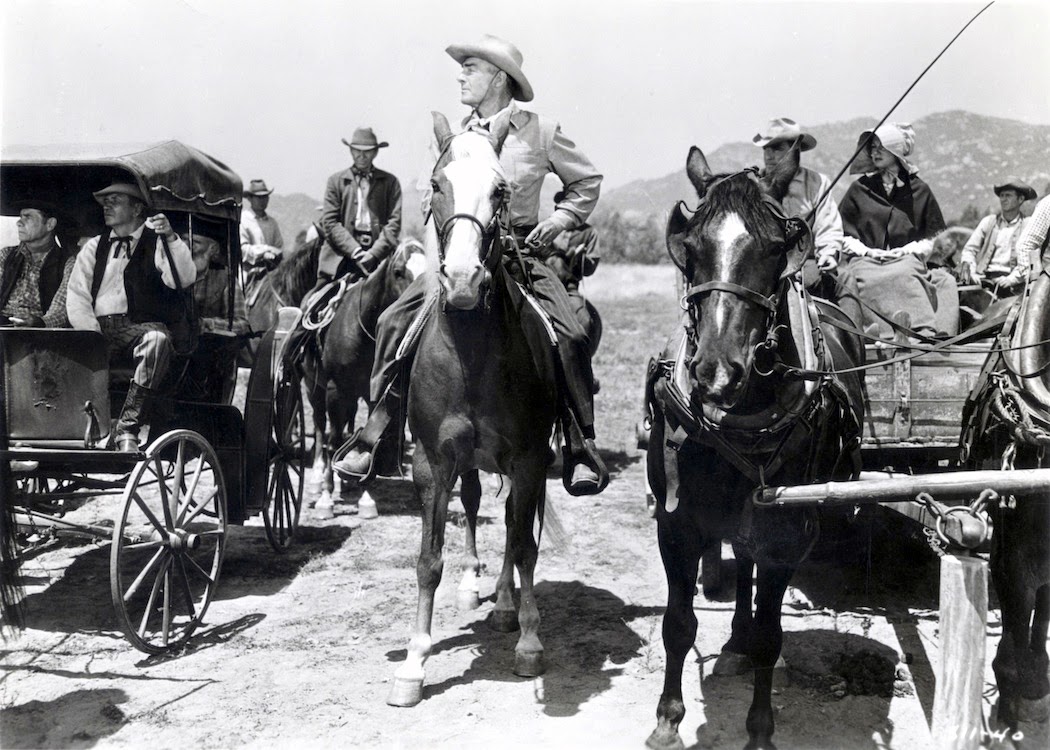 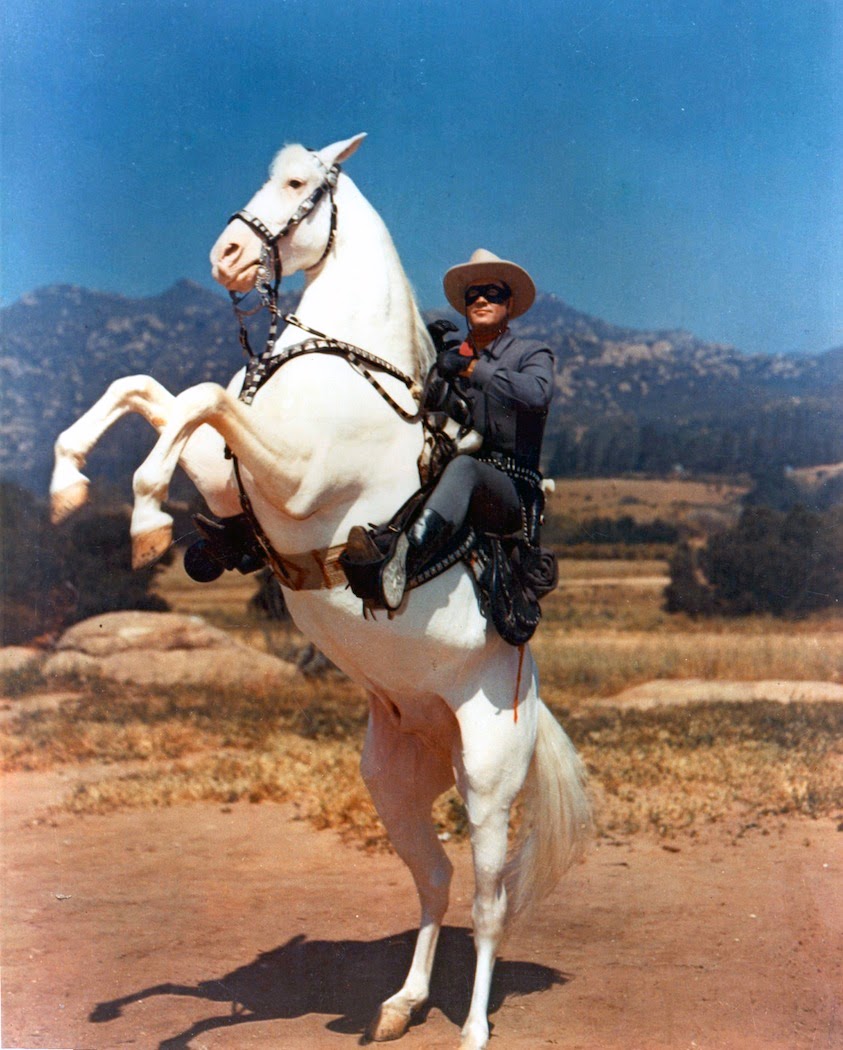 Posted by Drifting Cowboy at 3:26 PM