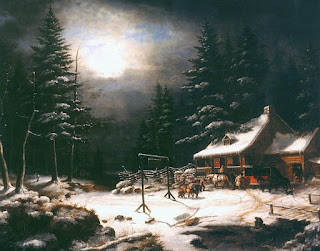 Every family has a few black sheep, and our French-Canadian ancestors were no exception...

My 9th great-grandparents, Marguerite Leboeuf and her husband Gabriel Lemieux ran a cabaret in Quebec.

In April 1665, they were accused by habitants of selling wine above the fixed price.  The Sovereign Council found them guilty and fined them 10 écus for this infraction of the city ordinances. 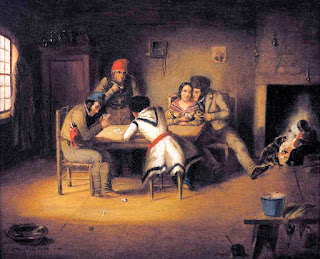 The Sovereign Council investigated new allegations that Marguerite kept "women and girls for the purpose of committing the crime of lewdness,"leaving the question of adultery between Marguerite and Gabriel.

On 26 April 1667, Gabriel appeared before the Sovereign Council, and testified that Marguerite had been a good and blameless wife since they were married.  He claimed the accusations against her were false and nothing more than an attempt by their enemies to "disturb their peace."

He demanded that those making the accusations be named, and that the Council charge said persons with slander and award Gabriel and Marguerite appropriate damages.

Gabriel stated the whole matter was probably just the machinations of overzealous creditors.  Marguerite appeared before the Council, asking for three years to pay off all her debts. She needed the time to raise the money, for Gabriel had gone to France the previous year with merchandise in the amount of 2,400 livres to sell.

However, his ship was captured by the English while going from La Rochelle to Rouen, all the merchandise was confiscated and Gabriel even had to borrow money to return to Québec.

This situation left the family in such an impoverished state that they were hounded by creditors who threatened to sell their furniture and put the family on the street, "thus depriving of the means to support her family." 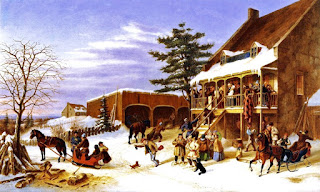 It appears Marguerite actually did run a "maison close" (brothel in English) under the guise as a Cabaret, but we may never know the truth of the matter as it is not mentioned further in the records of the Sovereign Council.

Quebec in 1667: Religious authorities are engaged in a crusade against prostitution. Marguerite Leboeuf has to close her brothel, and is driven from the city.

Crime and Punishment: Marguerite Leboeuf, wife of Gabriel Lemieux, accused of adultery and of inducing other women and girls to engage in lewd activities, 1667. No disposition was mentioned. 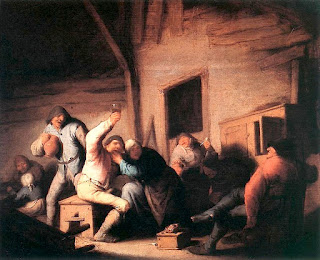 Marguerite is found a Filles a Marier on a Passenger and Immigration List for 1658 to Quebec [see Peter J. Gagne pg. 311].

She married Gabriel Lemieux on September 1658 in Québec, Québec, Canada.

Notes for Gabriel Lemieux -- my 9th great-grandfather.  He was born 10 APR 1626 in Rouen, Seine-Maritime, Haute-Normandie, France.  Gabriel was a cooper (Barrel Maker).  He died 2 DEC 1700 in Québec, Quebec, Canada.

The Children of Gabriel Lemieux and Marguerite Leboeuf:

Posted by Drifting Cowboy at 1:48 PM