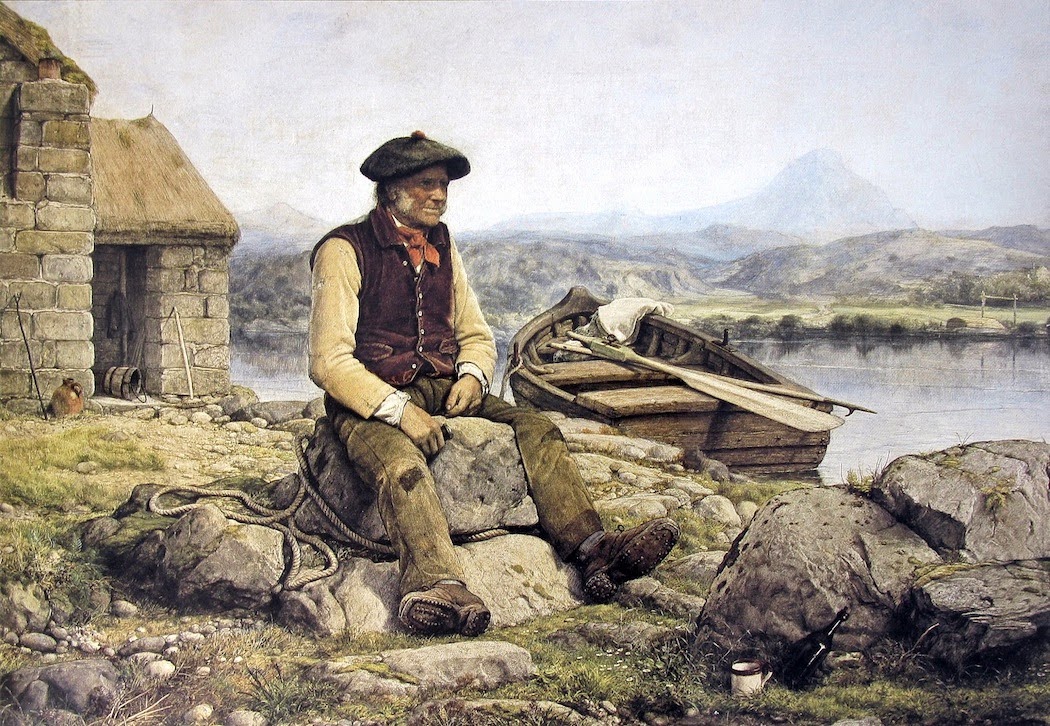 In 1806, the "Spencer" a ship full of Scottish immigrants from Colonsay, Scotland, was bound for Prince Edward Island where the Earl of Selkirk offered them shelter, provisions and land.

With heavy hearts and high expectations, these Colonsay pioneers crossed the Atlantic with their extended families, and on 22 September 1806, the "Spencer" landed in Pinette Harbour, Prince Edward Island. 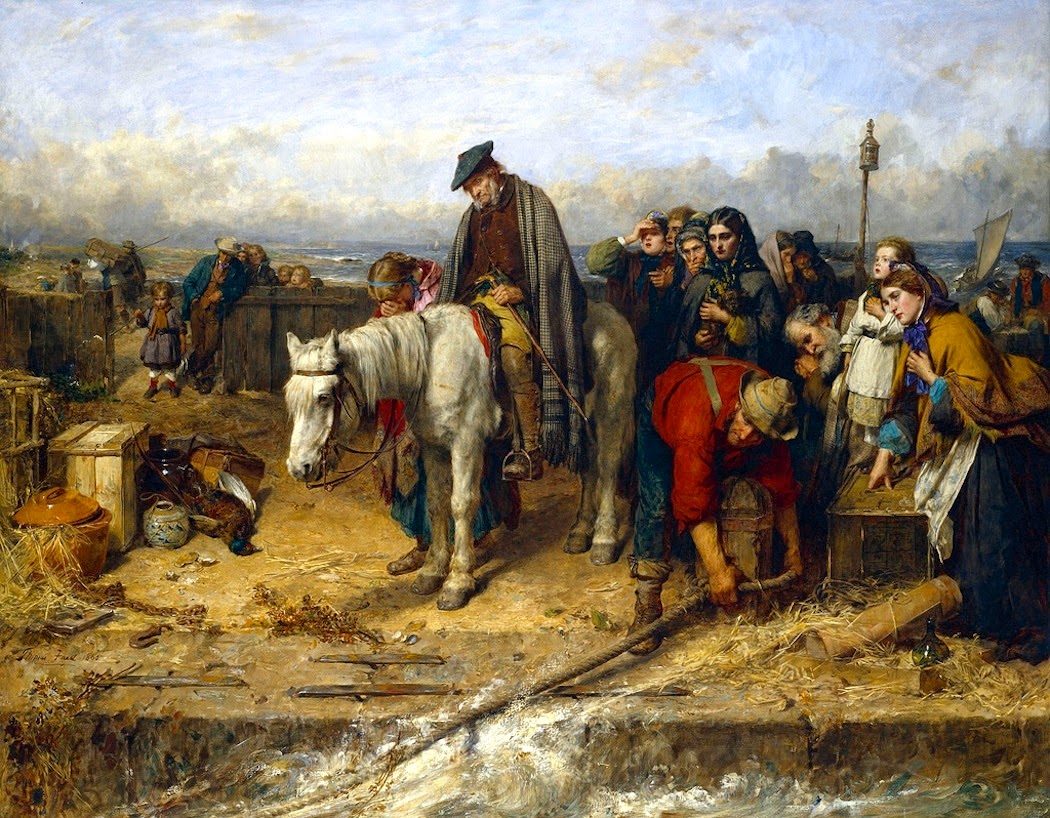 The Colonsay settlers spent the winter at Pinette, with provisions and quarters provided by Selkirk. The following spring, 1807, they moved to the Wood Islands area of Lot 62 to begin their new lives in a New World.

My ancestors aboard the "Spencer" were

Catherine Munn -- my 3x great grandmother -- eventually married Angus McDonald who was born about 1810 in Colonsay, but was not a passenger on the "Spencer." 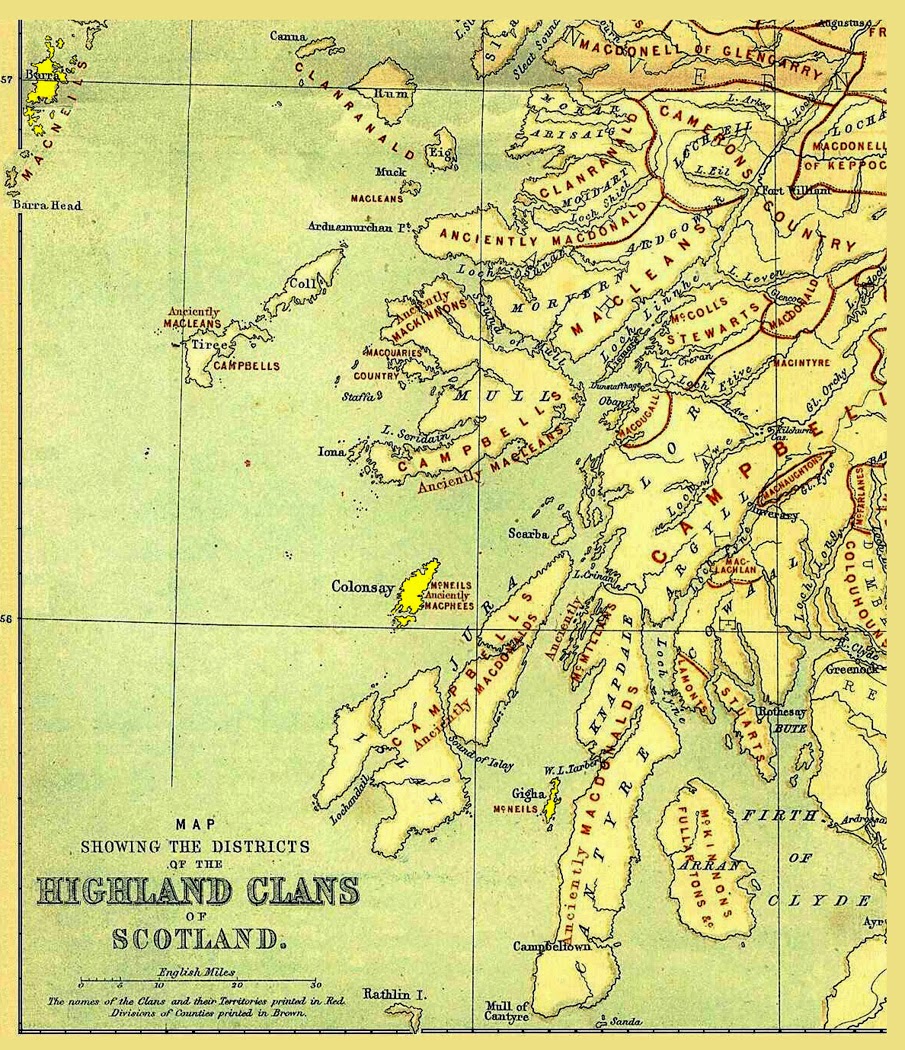 Other extended kin -- in my family tree -- arriving on the "Spencer" included McMillans, McDuffs, and additional McNeills 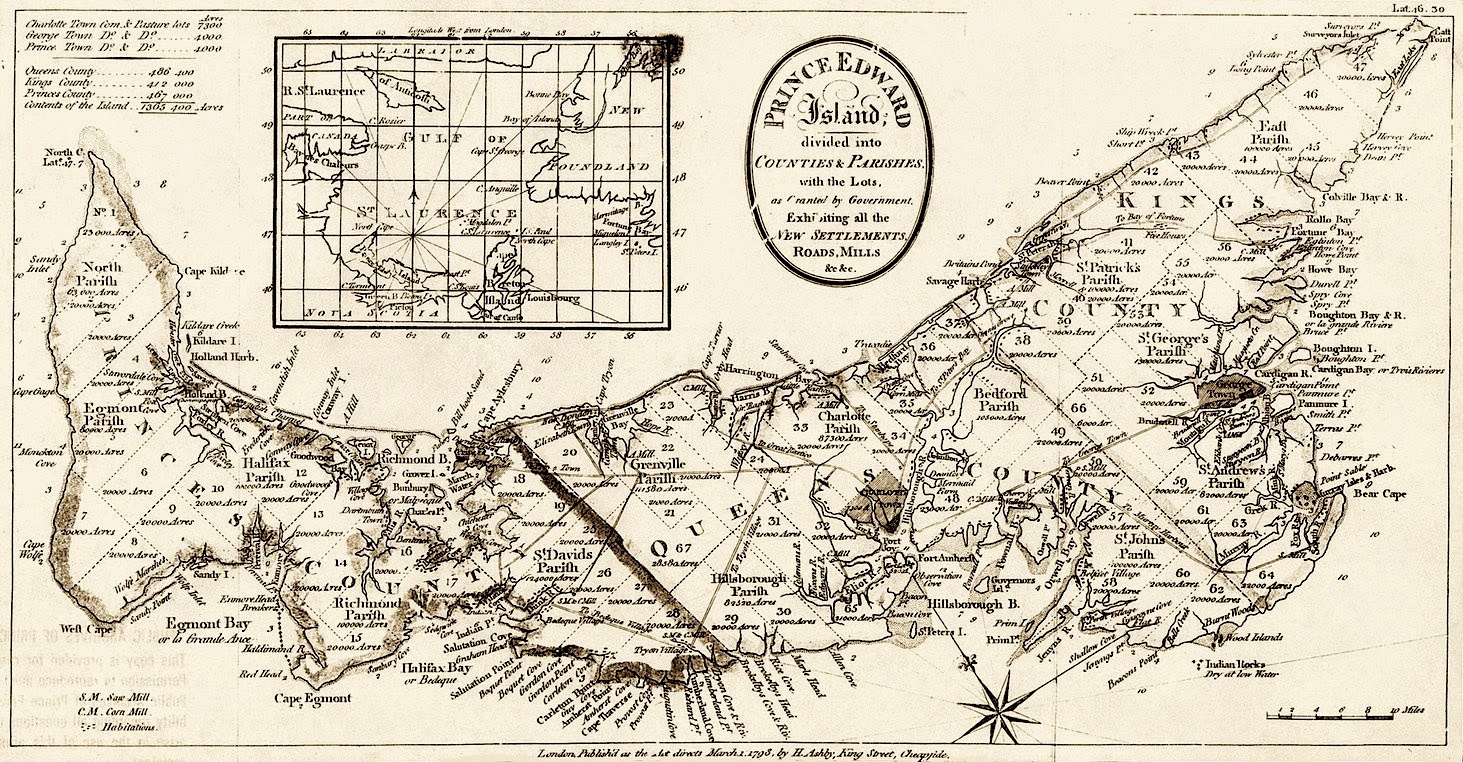 While living at Cape Bear Angus McDonald -- my 3x great grandfather -- was engaged in both farming and fishing.  Angus and his family lived between Cape Bear and Murray River, and no doubt kept their boats at Murray Harbour.

Being located at Cape Bear -- on the east end of the island -- gave them the ability to travel north to the Gulf of St. Lawrence, or go to the south side -- literally their backyard -- to the Northumberland Strait depending on the weather and fishing conditions.

Fishing was a "Island way of life" for many on PEI

Angus McDonald and other island fishermen worked mainly "inshore" and relied on small boats -- often built themselves -- such as a 12' to 18' dory,  A dory is usually rowed by one or two fishermen -- but sometimes a mast was attached so it could be sailed.
While hundreds of species of fish thrived in the Gulf of St. Lawrence and Northumberland Strait only a few dozen had of any commercial value.  Primary species harvested included herring, mackerel, tuna, trout, salmon, and smelt.

Irish moss (a seaweed) was harvested by pulling a special horse-drawn rake along the rocks or on the sea floor.

Occasionally walrus would to frequent the shores in large numbers, and were a source of considerable profit.  Harbor seals and harp seals floated on the ice towards the north shore in large numbers.

Sometime before 1871, Angus removed to Stanley, Huron South, Ontario where he was still occupied as a fisherman.  Angus died sometime around 1876 in Ontario, Canada, and Catherine after 1881 in Goderich, Huron, Ontario, Canada. 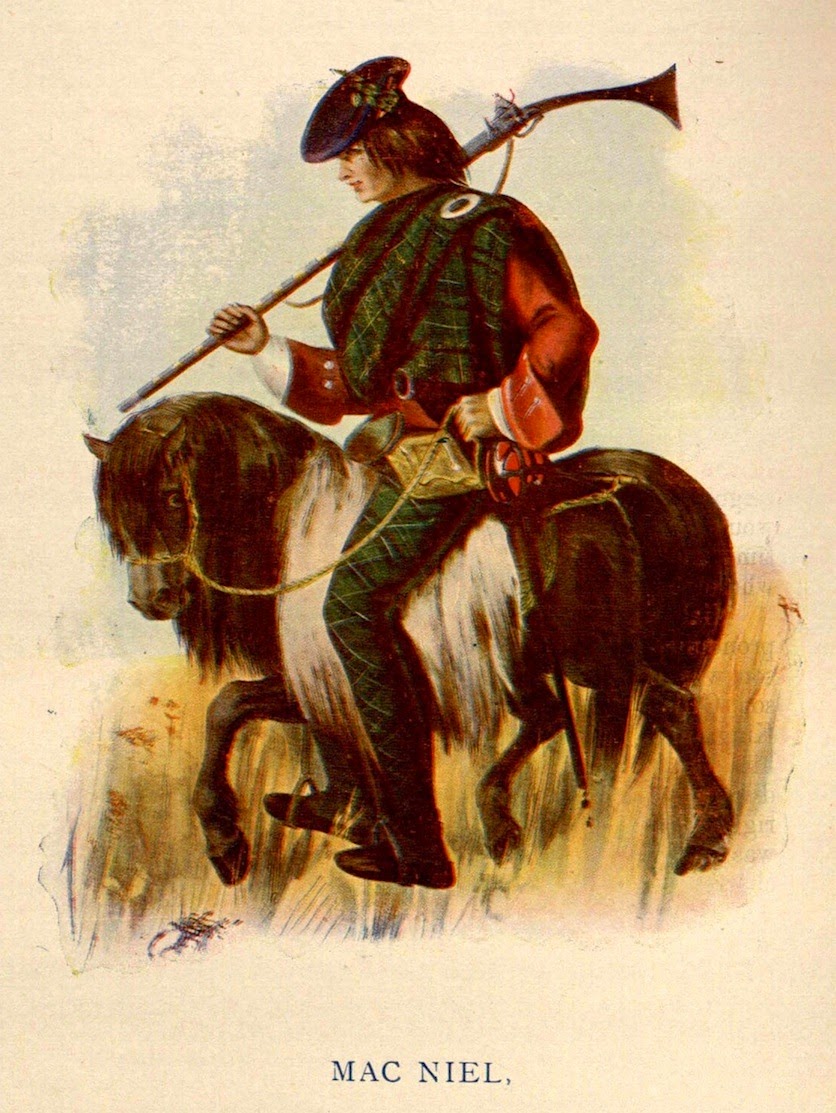 The McNeils in Ontario

Angus and Catherine's eldest daughter Margaret McDonald -- my 2x great grandmother -- who was born 25 Sep 1832 in Cape Bear (lot 64) Prince Edward Island, married about 1850 to Duncan McNeil born 1821 in Scotland, and they had nine children. 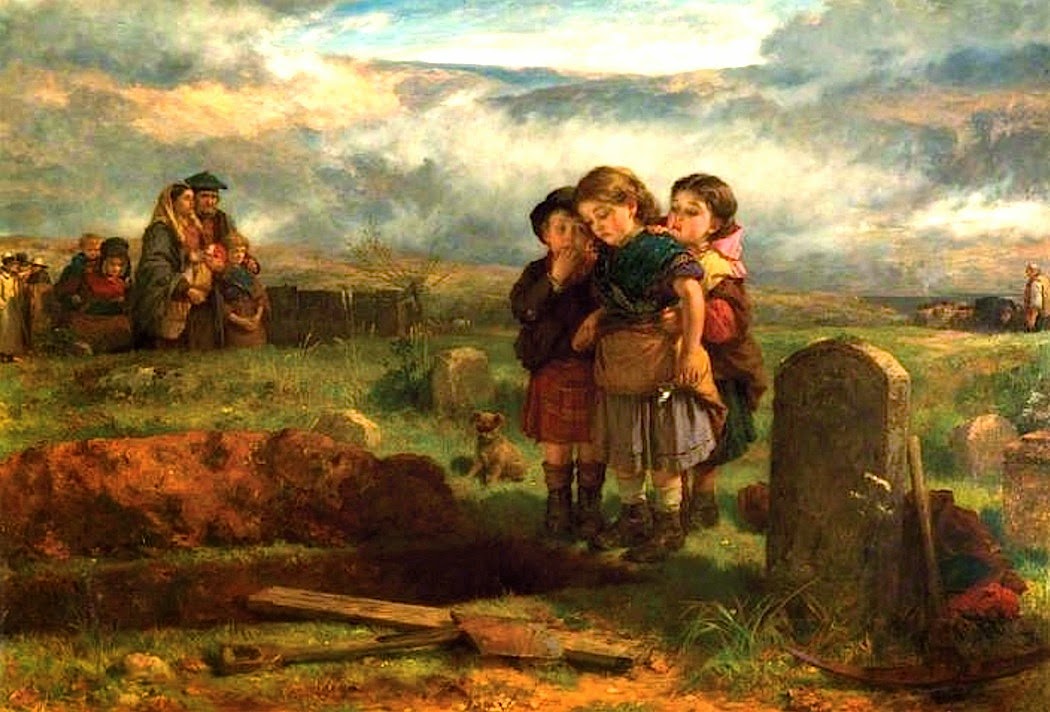 Margaret died in 1881 from consumption (Pulmonary tuberculosis) which also killed many of her children.  No record for Duncan is found after 1882, so it is likely he also succumbed to TB.

Posted by Drifting Cowboy at 11:31 AM