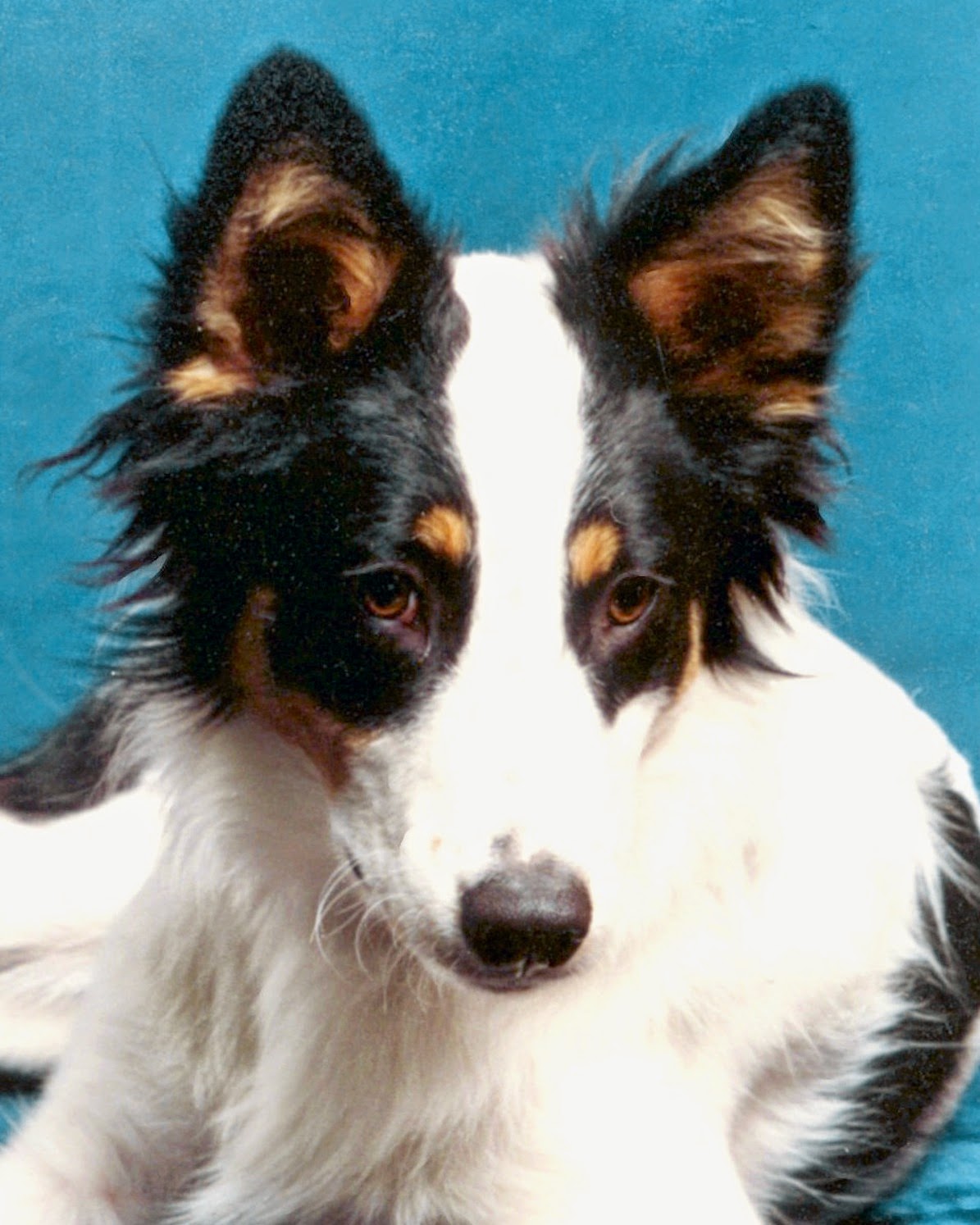 Karma -- as I understand it -- is that part of the Hindu philosophy that suggests the quality of people’s lives is determined by their behavior.  Good behavior is rewarded, and bad behavior is punished.

I believe an act of kindness is often rewarded, and an act of meanness will bring bad karma and its associated punishment.

This is a tale of one cowboy's bad karma…

It was about 20 years back -- we was at this cowboy gathering in the Rockies.  At the end of the event the promoters decided they'd put together a trail ride for the participants.

As usual I was a bit short of dinero and made a deal with the owner of this dude string to saddle horses and help wrangle the dudes for a free horse to ride.  We were about to hit the trail, when I went back to the truck to get my dog Billy.

Suddenly a voice shouts at me from behind, "you can't take that dog -- he'll scare the horses."

It was Rance -- we'll call him Rance just in case he or any of his kin are still amongst the living.  He said he was a cowboy from a little place east of the Missouri.

Rance claimed to be a first-class waddie and ring-tailed rannyhan, but I always had my doubts.

I couldn't imagine any cowboy worrying about a dog on a trail ride, so I took the time to explain to him that Billy lives with horses back home, and has good trail manners.

Rance was having none of it, and says to me, "If you take that dog on the trail I'll shoot him."   I guess ol' Rance was feeling plumb full of hisself because we was in Grizzly Bear country -- and he was packing iron.

I don't mind tellin' you I was plumb steamed, but I learned a long time ago it's best not the argue with an idiot -- especially if he's a carrying a loaded colt .45.

So, I tied Billy up to the truck, gave him a bucket of water, and hit the saddle.

We weren't a thousand yards out from the corral when I noticed a bunch of dogs running up the trail.  I was still pretty unhappy about Billy, but at least I knew ol' Rance would be plenty spooked every time those pooches raced past him.

I might've gone back for Billy, but I had my hands full tryin' to calm nervous horses and anxious dudes.

A couple of short hours later we arrived at a nice picnic spot where a campfire was already blazin'.  We put out some picket lines, and I was helpin' a couple of dudes while explaining to 'em that you always tie your horse high and short, so they can't roll.

Ol' Rance rode in a few yards away and I heard him decline help from another wrangler.  "I'll tie 'em myself," says Rance.  "This is a brand new custom-made saddle, and I want to make sure the horse can't get loose," says he.

I glanced over and noticed that Rance -- the rannyhan -- had tied a long lead-line.  Well, I thought to myself to might be worth keeping an eye on.

After a pretty good fill-up of burgers and chile the dudes were getting' their land legs back, so it was about time to tighten cinches and mount 'em up.

I'd forgot all about Rance's brand new custom-made saddle when I heard shout, "Somebodies horse is down and rollin'."

A cussing' and a runnin' ol' Rance raced up the hill to examine his brand new custom-made saddle and it's newly broken horn.

I smiled to myself, thought about Billy tied up back at the ranch, and said, "hey cowboy -- sometimes karma is a bitch."

Posted by Drifting Cowboy at 2:20 PM