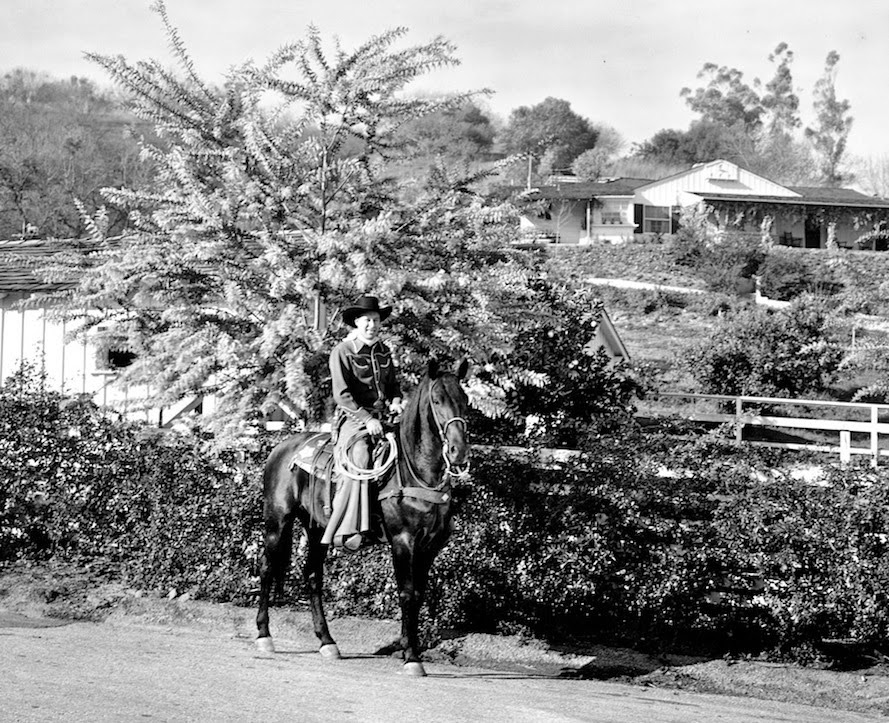 In his book, "Wild Bill Elliott: A Complete Filmography" writer and movie historian Gene Blottner tells us that Wild Bill Elliott purchased the former “Baby J” Ranch, which had once been owned by actress Betty Grable and band leader husband Harry James. 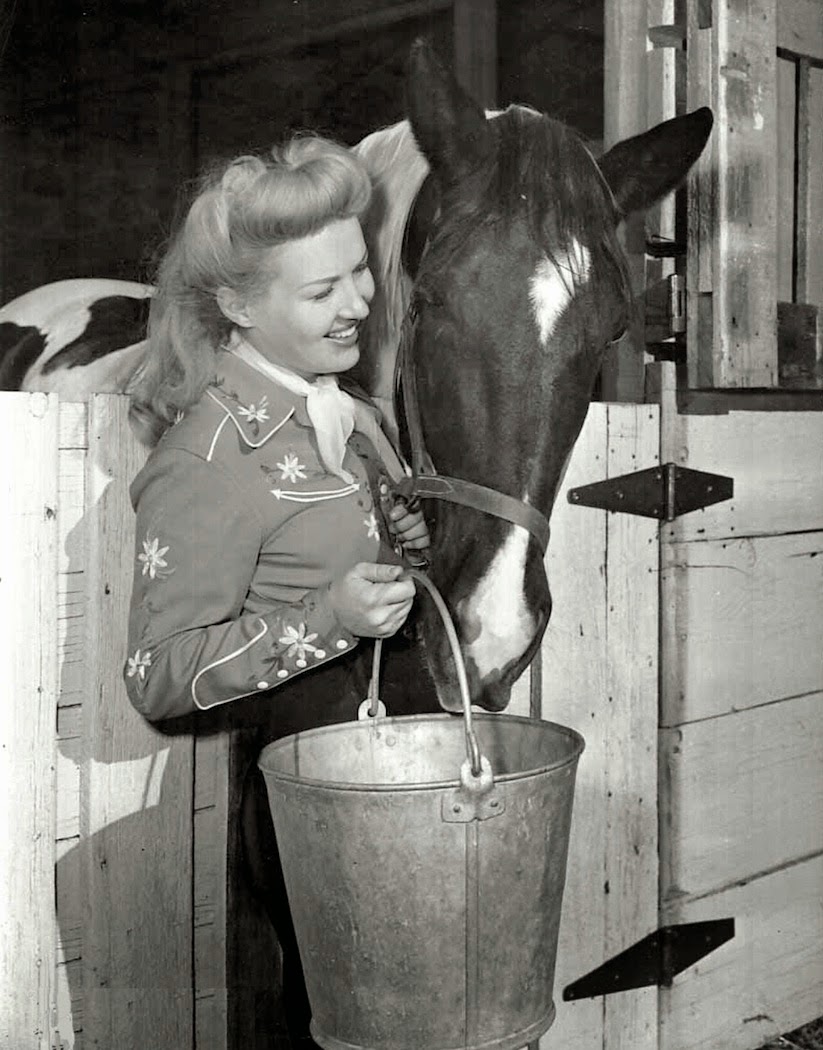 Betty Grable and Harry James had named their ranch -- on Ventura Boulevard in Calabasas -- the 'Baby J Ranch' after their eldest daughter Jessica.

When Bill Elliott purchased the ranch he renamed it the 'Double Bar A Ranch' after his daughter Barbara. 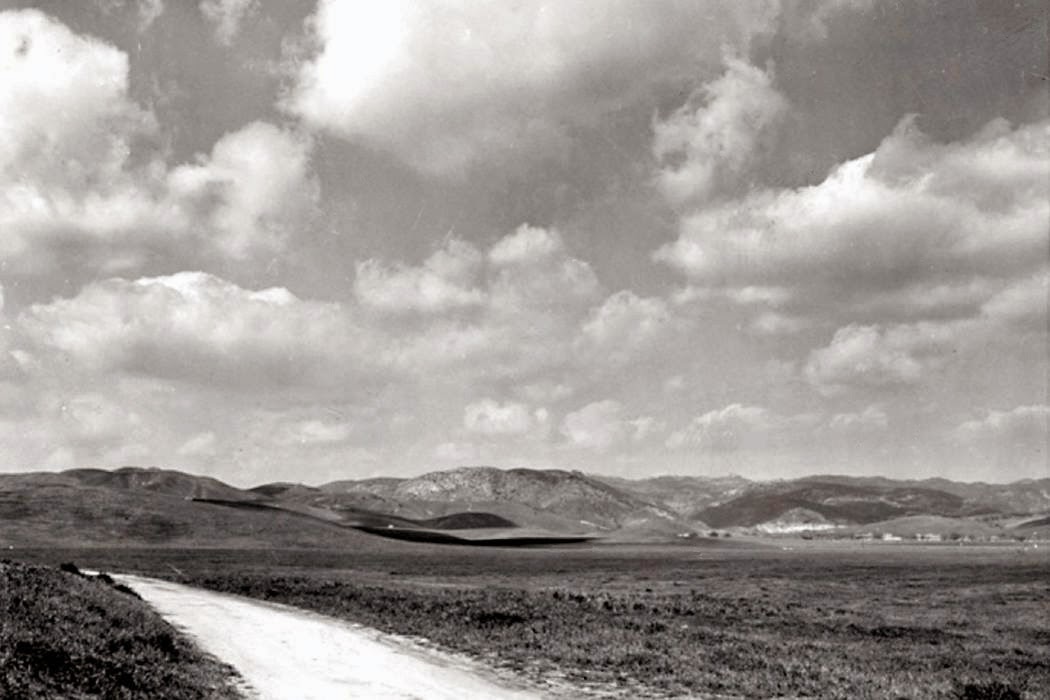 I usually rode my horse on open land -- a few thousand acres of rolling hills covered with wild oats -- that had once been part of the abandoned Platt Ranch.  About a half mile west of my home a barbed wire fence ran north and south along a ridge, and cut off further travel to the west.

I always wanted to see the country beyond that fence, but I had no idea who owned the land, or how to get permission to ride there. 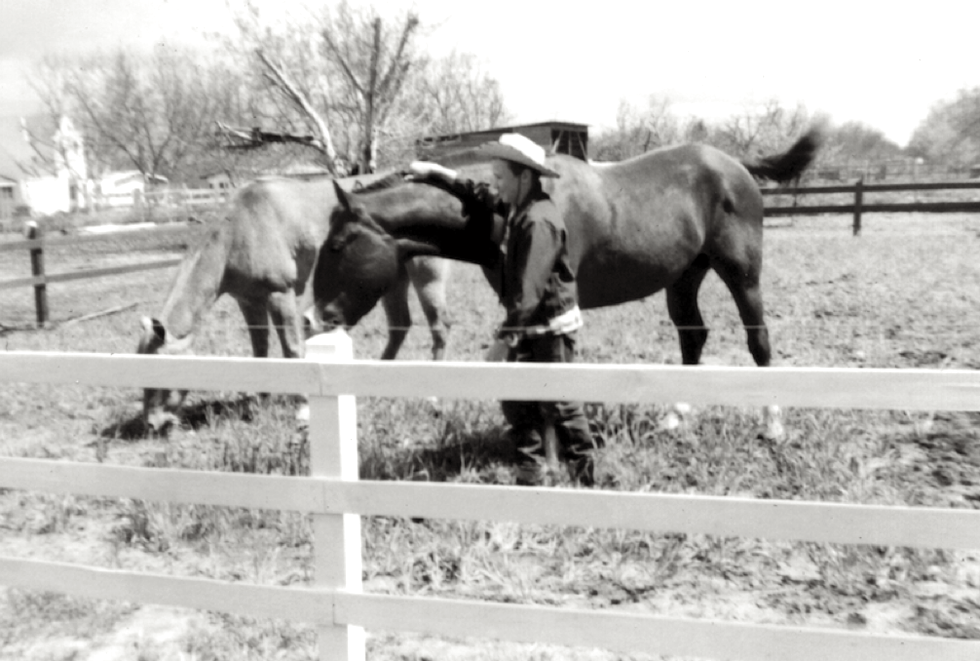 In those days most young cowpokes had learned about the evils of barbed wire from their six-gun heroes in the movies, so eventually I decided I needed to ride my horse on the other side of the fence.

One day I picked a spot next to an oak tree at the top of a hill, and neatly cut the wire.  I hadn't been on the other side of the fence for more than a few minutes when a red jeep came roarin' up a dirt road in my newly discovered valley, and the driver asked, "How the *&$# did you get in here?"

Having been caught as a trespasser -- I lied and said, "The fence was down on that hill over there."  By now I was starting to squirm a little, but stuck to my story even as I was being told it was a brand new section of fence.

To make a long story short it turned that the jeep belonged to the foreman of Wild Bill Elliott's ranch. The foreman escorted me home -- following a very slow walkin' horse -- in his jeep.

When I got home I got a pretty severe scolding from dad.  After a little palaver between the foreman and my dad I ended up mucking stalls at Wild Bill's ranch to help make restitution.

In the end it wasn't all that bad 'cause I did get to meet Wild Bill Elliott -- one of my cowboy heroes -- in person. A short while later -- after my retirin' from my life as a wild west criminal -- I had a chance to ride in Horse Show on Wild Bill's Ranch.  I can tell now that it was one of the highlights of my life in the 1950s.

Years later I discovered this clip from "Bells of Rosarita" (1945), so it appears Bill bought his ranch before 1945.

Posted by Drifting Cowboy at 4:10 PM