Great Granddad at the Battle of New Orleans 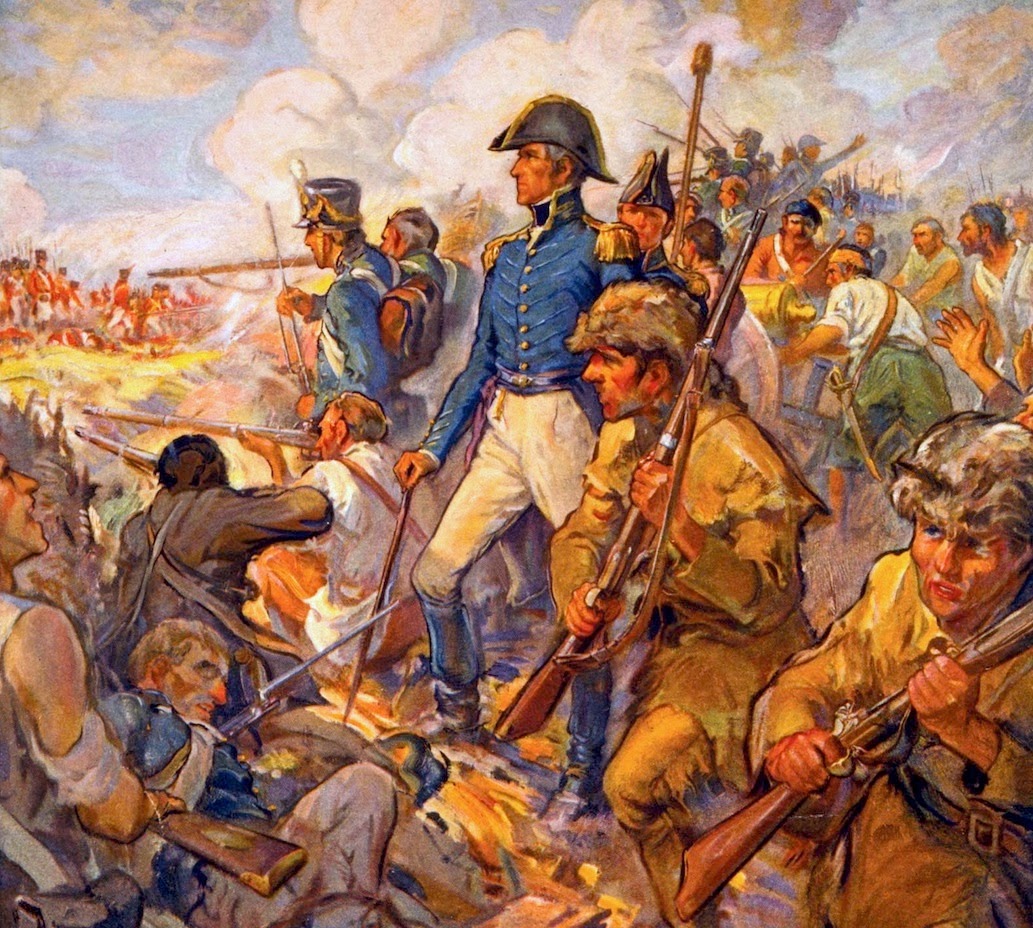 James Boyd -- my 4th great grandfather -- was born 10 Aug 1783 in Virginia.  As a young man he married Nancy Simpson and settled near Knoxville, Tennessee.

So many of Tennessee's native sons volunteered in the War of 1812, that it became known as "The Volunteer State," so it is of little surprise that James Boyd -- at age 31 with a wife and five young children -- joined General William Carroll who was recruiting troops for the defense of New Orleans from Indian and British offensive activities.

It's likely because of his age that James Boyd was given the rank of 3rd Lieutenant in the 5th Regiment of East Tennessee Militia commanded by Major General William Carroll.

Traveling via the Cumberland, Ohio and Mississippi rivers, Major General William Carroll and his new troops arrived in New Orleans just prior to the British invasion.

At the Battle of New Orleans on January 8, 1815, Carroll's troops fought near the center of Jackson's line, where some of the most intense fighting occurred. 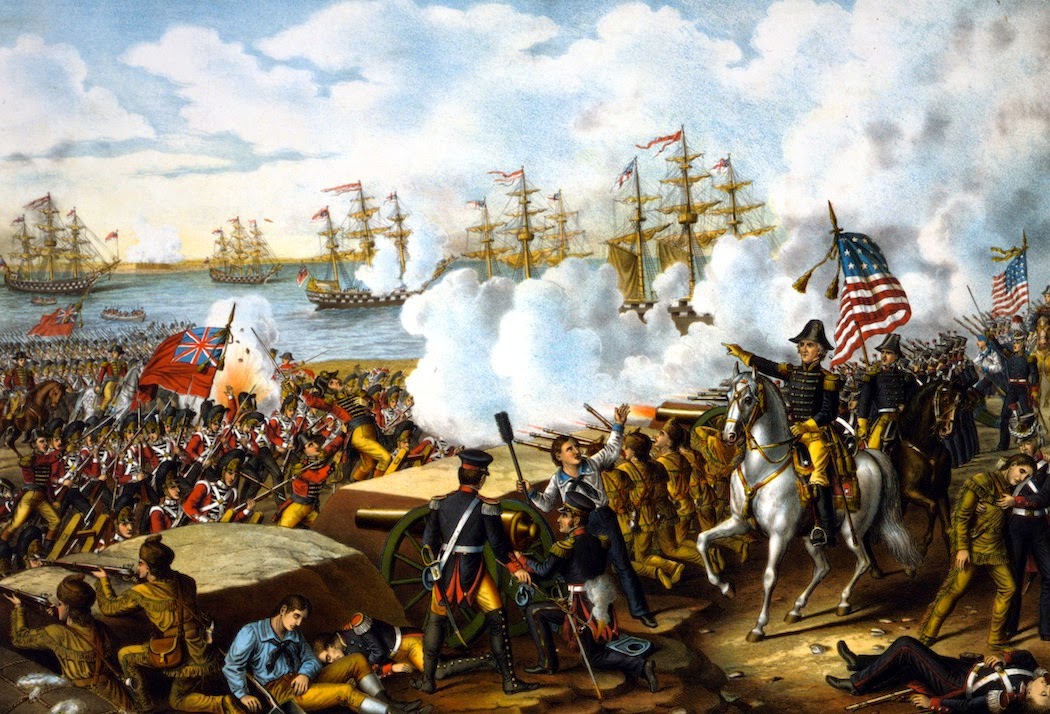 The British clearly under estimated Andy Jackson's backwoods volunteers and their marksmanship.  In less than two hours the battle was over. On the field lay about 1,500 dead and wounded British soldiers -- another 500 were taken prisoner.  American losses amounted to thirteen killed and thirty-nine wounded.

After the battle Jackson and his Tennesseans lingered in camps at New Orleans until March 1815.  Ironically, hundreds of Tennesseans who survived the rigors of battle succumbed to deadly illnesses that permeated the camps of New Orleans. 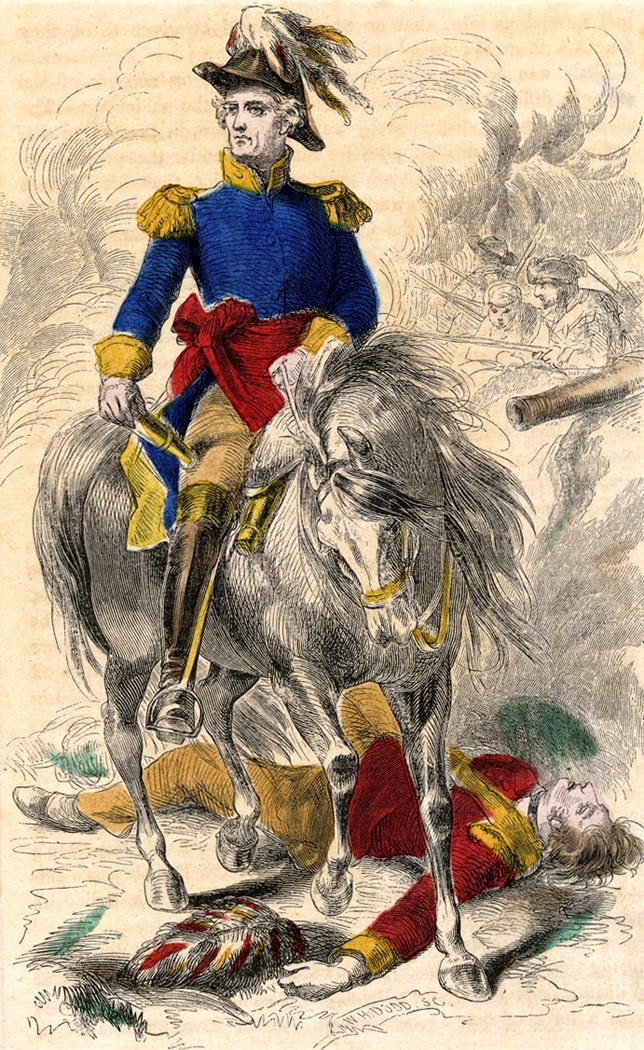 Andrew Jackson was proclaimed a national hero and embarked on a political career that eventually took him to the White House in 1828.

Following the war James Boyd removed to Franklin County, Ohio where Nancy died in 1924.  James remarried to Ann Mariah Postles in 1926, and in 1850, moved further West to Mahaska County, Iowa where he died 20 Nov 1854. 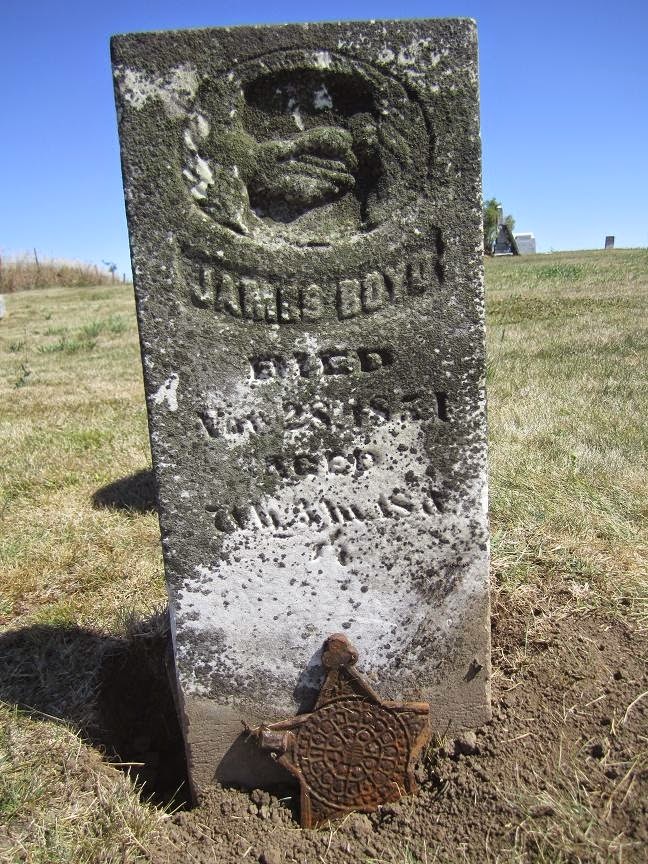 Posted by Drifting Cowboy at 4:26 PM