Uncle Charles was a Voyageur for Cadillac 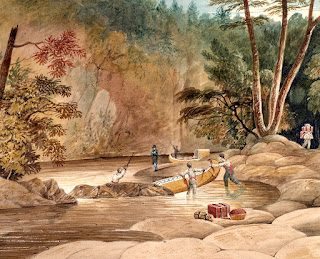 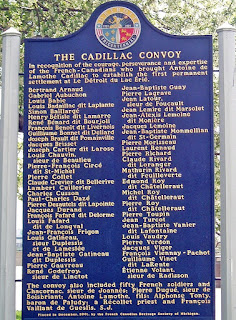 Cadillac led 100 French voyageurs and 100 Algonquins to "le détroit" (the strait) where they built Fort Pontchartrain du détroit from logs. Their goal is to protect the French fur trade in the Great Lakes from the English and Iroquois.

All voyageurs being at present in this said city, as the second party, which parties have contracted and been hired for the following: Be it known that the Said Voyageurs have voluntarily and in good faith hired themselves out, promised, and do promise to faithfully serve the King, to go to Détroit under the leadership of Sieur de Lamothe Cadillac, who will command at the said place of Détroit under the orders of Monsieur Le Chevallier de Callières, governor and lieutenant general for the King in all this country of New France, to whom or to whosoever commands in his place, the said voyageurs promise to obey, to work, and to do all that he will command them, during which time the said voyageurs will not be allowed to do any trading for their profit, directly or indirectly, in any manner at all, subject to the penalty of the laws and of the loss of their wages and salary hereafter declared. This contract is made with the understanding that the hirees will be fed at the expense of the King according to the usual custom for voyageurs, and in addition there will be paid to them in this city or to their procureur [agent] holding their procuration [power of attorney] in good form passed before a notary for each year of service beginning the 1st day of June next year, be it known: to each of the said 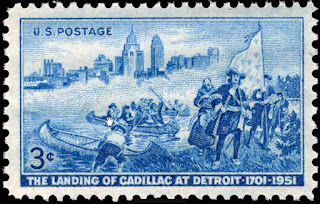 Charles Cusson was the son of Jean Cusson and Marie Foubert

Five of Charles' brothers -- Jean, Michel, Ange, Nicolas and Joseph were all active as fur-traders from 1690 to 1713, all having received permission to travel to the west.

The west, in this case, was probably no further than the Great Lakes. To control the fur trading and collect appropriate taxes, the French government issued passports (permits), a form of license.

They were difficult to acquire since in many years, only 25 were issued. To conduct fur trading or to travel west without a passport was considered illegal and subject to punishment, most often fines or the confiscation of furs.

They travelled with Nicolas Perrot and Bissot de Vincennes, noted fur-traders and interpreters, to distant places like Indiana, passing by Detroit, Lake Erie and Lake Superior.

If my dad was still alive he would be very much surprised to learn mom's family was in Detroit more than two hundred years before he was born there in 1914.

Posted by Drifting Cowboy at 7:29 PM