Gaelic Love on Cape Cod: David, the Irishman, and Jane, the Welsh Maid 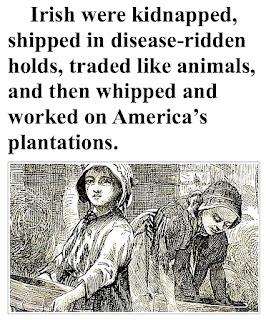 David O'Killia (O'Kelly) and Jane Powell’s (my 11th great-grandparent's) story is one of loneliness and love. In the 1650s, New England Separatists realized they needed to bring in willing (sometimes unwilling) workers, which was easy given the strife in Great Britain from wars, ravages of plague and religious persecution. Nearly all were young and unmarried, at the bottom of the social class.

David and Jane were poor bondservants (sometimes called White Slaves) charged with fornication.  They were in their teens, and forced to endure great hardship. Jane was likely originally from Wales. The distance between the homes of the owners of their indentures (Wm. Swift and Edw. Sturgis') is 24 miles, quite a distance in those days. Perhaps they met on the same ship from England to America.

David and Jane were poor, lonely, scared, moving to an uncertain future and they were Gaelic, sharing a common language others on the ship may not have had. They would have been immediately separated and endured a hard life, as Jane's plea in court shows. Many of the colonists were religious fanatics, ruling with an iron hand, punishing people for minor infractions. Somehow, in a time when roads were less than cartways and transportation was slow, David found Jane. Perhaps he had an errand to do for his master, attending the only gristmill in the area to get the corn ground to flour. It is unlikely it was a chance encounter--not a single encounter in the woods of Sagamore, but one of many. There was certainly a background relationship between these people that resulted in the encounter for which they were charged. The fornication charge likely means she was pregnant, rather than caught in the act. 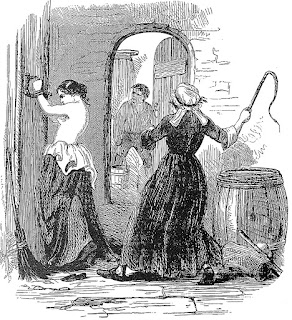 Despite Jane's guilt, the magistrates could not bring themselves to levy the typical punishment of public whipping and they sent her home. They also didn't charge David with seducing the girl. They leave the two to work out the problem. It's also remarkable the Clerk took time to record so many details of Jane's predicament

After securing freedom for both of them, David did the honorable thing and married Jane and they moved to a 100 acre farm that was eventually named Kelley's Point, at the head of Bass River on the banks of what is today called Kelley’s Bay. The area is now called Mayfair in current day South Dennis, Massachusetts.


Posted by Drifting Cowboy at 9:43 AM