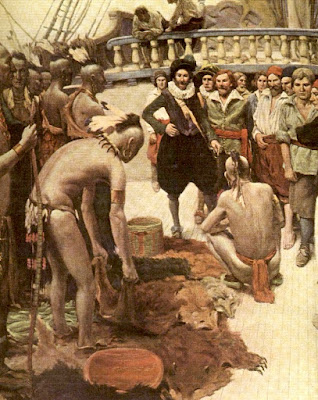 Based on “Netherlands, Select Births and Baptisms, 1564-1910” in the ancestry.com database there is a creditable argument to be made that Hendrick Christiansen was the great-grandfather of Marie Anne Christiansen who married Moise Dupuis in Schenectady, New York in 1699, and moved with him to LaPrairie, Canada (New France).

If these somewhat murky records are correct then Hendrick Christiansen is the 2nd great-grandfather of LaPrairie voyageur Francois Moise Dupuis (Dupuy) (1709-1764) my 6th great-grandfather.

Who was Hendrick Christiansen?

Hendrick Christiansen (also spelled Christiaensen, and Corstiaensen) was a Dutch mariner, explorer and fur trader.  He was a ship captain and trader employed by the Van Tweenhuysen Company of Amsterdam, and was, in all probability, the founder of New York City and he certainly was the founder of Albany.

In 1611 Christiansen paid two visits to Manhattan in his ship Fortuyn.  Upon his return to the Netherlands in 1612, he brought back with him two young Native Americans who were the sons of a local sachem (probably Mohawk).  The Dutch were fascinated with the boys, whom they called Orson and Valentine Christiansen.

In 1613 Christiansen returned to New Netherlands with Captains Adriaen Block and Cornelius Hendricksen.  Together they created the first map of the region that showed Manhattan and Long Island as separate geographical entities. 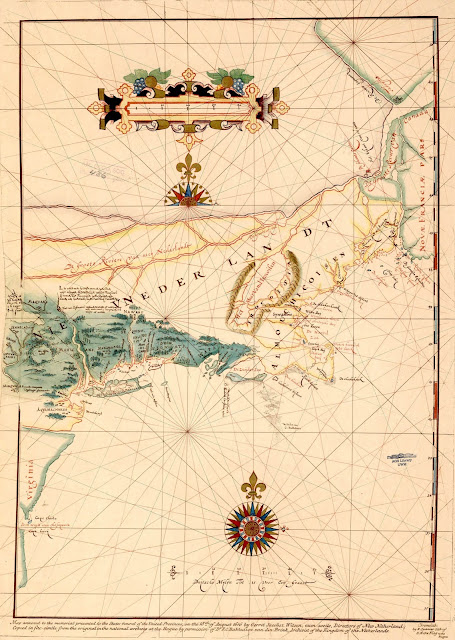 In 1614 Christiansen sailed the Fortuyn  up the North River to Castle Island (New York), where he built a warehouse on the ruins of an old abandoned French fur trader's fort. He added a stockade and a moat eighteen feet wide.  He named it Fort Nassau (present day Albany, NY) in honor of Stadholder Count Maurice of Nassau.

The river, sometimes known as the Mauritius was also named after the Count.

Christiansen took two cannon and eleven swivel guns from the Fortuyn and left twelve men under the command of Jacob Eelkens, before returning downriver.


In the spring of 1625 (historians differ on the date, some have it as early as 1616) Christiansen's ship, the Swarte Beer, was lying in the Hudson River when his ship was surprised by Indians. In the attack Hendrick Christiansen and the greater part of his crew were killed. The survivors succeeded in driving away the Indians from the ship by two shots from the guns.

Hendrick Christiansen and His Probable Descendants 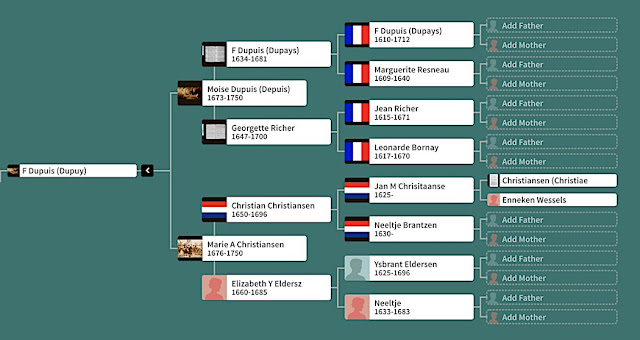 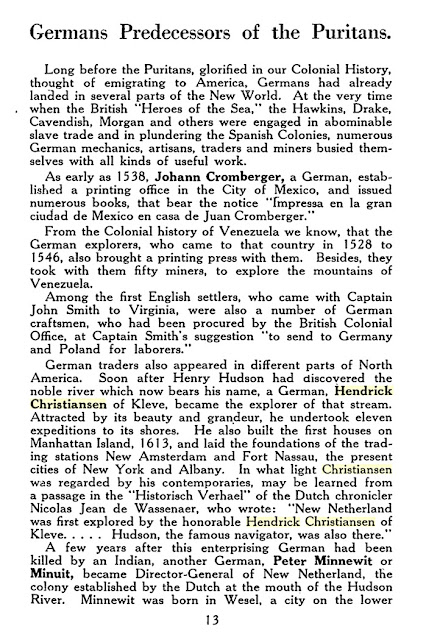 
Posted by Drifting Cowboy at 2:12 PM