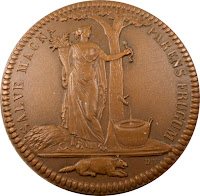 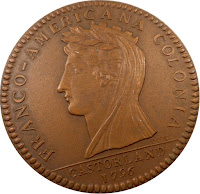 It seems likely he may have had some involvement in the fur trade, especially when you consider the following facts:

His father, his grandfathers, all of his uncles, and his father-in-law had all been voyageurs.

According to the 1830 US Federal census he was living on Isle La Motte, Lake Champlain, Vermont, located on a long time fur trade route between Albany and Montreal.


The Castorland village name means "Land of the Beaver."  The name stems from a colony of refugees from the French Revolution, established in 1792 to provide a new home away from the violence in France.

The land, 210,000 acres, was originally part of Macomb's Purchase.  It was purchased by La Compagnie de New York. "Castorland" is a literal translation of the old Indian name of the area, Couch-sach-ra-ga.

Castorland was located in the northwestern part of the State of New York, between the Black River, and the forty-fourth degree of latitude (in the region where the towns of Wilna, Castorland, Carthage, Great Bend, Black River and Watertown are situated today).

Due to many reverses, including harsh winters, poor planning, loss of livestock and funds, the colony was dissolved in 1814.  Many of the original settlers from the Castorland colony returned to Europe or moved to larger communities.

According to 1850 through 1870 US Federal census records Gabriel lived in Wilna, New York. 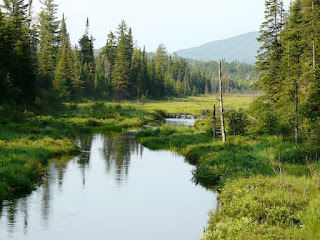 Gabriel lived in the northeastern corner of Wilna in an area known as Natural Bridge, and is just west of the renown adirondacks mountains.  His homestead fronted the Indian River which gave him canoe access to vast wilderness areas during the first half of the 19th century.

He  went by the name Gilbert Passino after moving to the USA.

The record of Gilbert's life is so thin my question may never be answered, but my guess is that he had both the means and opportunity to trade furs for a little extra income.


Posted by Drifting Cowboy at 6:12 PM