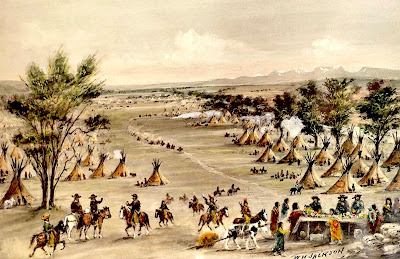 Antoine Robidoux (22 Sep 1794 – 29 Aug 1860) (my 4th cousin 6x removed) was a Santa Fe NM based fur trapper and trader of French-Canadian descent. He was best known for his exploits in the American Southwest in the first half of the 19th century.

(The following is edited from wikipedia)

Robidoux was born in 1794 in Saint Louis, the fourth of six sons of Joseph Robidoux III, the owner of a Saint Louis-based fur trading company, and his wife Catherine Marie Rollet dit Laderoute.

Antoine spoke English, French, and Spanish. In his early years he helped his father extend his business westward, and by the 1820s was focused on developing trade routes in the intermountain corridors of what was at the time the Mexican province of Santa Fe de Nuevo México. In the summer of 1824, Antoine may have joined a party led by Etienne Provost that traveled to the Uinta Basin to trade for pelts.

He eventually established a permanent residence in the capital city of Santa Fe, and in 1828, he took for his common-law wife Carmel Benevides (1812–1888), the daughter of a Spanish captain who was killed fighting the Comanche and subsequently the adopted daughter of the provincial governor.

In 1829, Antoine and his younger brother Louis Robidoux petitioned for and were granted Mexican citizenship, which freed them to trade and settle in Mexican territory without having to worry about expensive tariffs and other international restrictions, as well as near-exclusive license to trap and trade in the Ute country of what is now western Colorado and eastern Utah.

By 1830, Antoine had become a prominent citizen of Santa Fe in social and economic circles. He was even elected the first non-Mexican alcalde of the ayuntamiento (the municipal council), though his political career was short-lived. 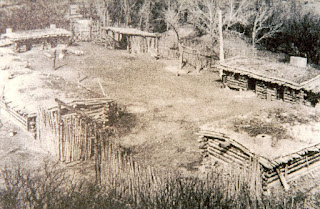 Around the same time, and possibly in partnership with Louis, Antoine established Fort Uncompahgre near the confluence of the Gunnison River (then known as the Río San Xavier) and the Uncompahgre River in west-central Colorado.

Though the exact date of its completion is unknown, Robidoux's post was arguably the first permanent trading operation west of the continental divide.

In 1832, Robidoux purchased the Reed Trading Post, a single cabin built by William Reed and Denis Julien four years earlier at the confluence of the Uinta and Whiterocks rivers in northeastern Utah, and rebuilt it much larger as Fort Robidoux, also called Fort Uintah and Fort Winty. The fort was visited by many well-known pioneers and mountain men during its years of operation, including Marcus Whitman, Miles Goodyear, and Kit Carson. 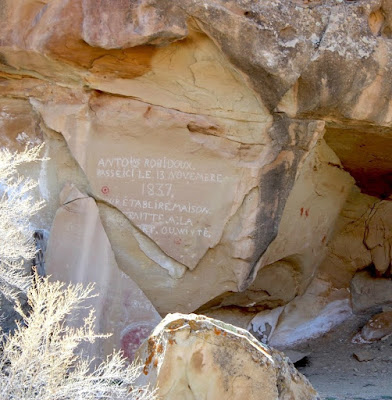 Robidoux spent more than a decade managing both trading posts and exploring the Western interior. He is especially well known for having carved a famous rock inscription on a wall of Utah's Westwater Canyon during this time. Likely ascending a trapper's trail from the canyon's mouth on the Colorado River, Robidoux left the following record of his presence engraved on a sandstone bluff:

The inscription was not again brought to public attention until 1933, when Charles Kelly first photographed it. It has since yielded many interpretations in attempts to more accurately pinpoint the precise dates of Robidoux's operations in the area. The most direct translation from the French reads "Antoine Robidoux passed here 13 November 1837 to establish a trading post at the Green or Wiyté River", but the accuracy of this translation has been a matter of controversy among historians.

Specifically, it has been suggested that the word "Wiyté" was actually intended to read "Winté", and that deterioration has made the appearance of the third letter ambiguous; though the Green and the White are both names for rivers in Utah, "Winté" may instead be a reference to the Uinta River, which was at the time commonly called the "Winty". If this alternative translation is correct, then the inscription appears to suggest that Robidoux had not yet established a trading post on the Uinta River by 1837. This contradicts evidence that he purchased and rebuilt the Reed Trading Post on the Uinta River in 1832, five years earlier.

A simple solution is that the year engraved in the inscription has also been misinterpreted, and that the original message reads "1831" instead of "1837"; this would be a logical fit with the notion that Robidoux may have been searching for a place to establish a new trading post in late 1831, shortly before he eventually did so when he bought the Reed Trading Post. Yet there is evidence that Antoine Robidoux was actually in Missouri selling furs and procuring supplies in November 1831, making it impossible for him to have carved the inscription at that time.

A third solution is that 1837 is actually correct and that Robidoux was, in fact, planning to build a third, unidentified trading post in a new location at the time, which either never materialized or was built and subsequently lost to history.

Both Fort Uncompahgre and Fort Robidoux were evidently attacked and destroyed by Utes in 1844, just as the fur trade was declining with changes in the European market. These circumstances prompted Robidoux to quickly abandon his fur enterprise and return east to St. Joseph.

Over the next decade, he worked in various capacities as an emigrant guide and a U.S. Army interpreter.

In June 1846, Robidoux enlisted as an interpreter with General Stephen W. Kearny's expedition to California during the Mexican–American War.

The Battle of San Pasqual 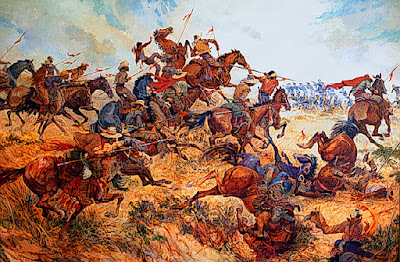 The Battle of San Pasqual, also spelled San Pascual, was a military encounter that occurred during the Mexican–American War in what is now the San Pasqual Valley community of the city of San Diego, California. The series of military skirmishes ended with both sides claiming victory, and the victor of the battle is still debated.

On December 6 and December 7, 1846, General Stephen W. Kearny's US Army of the West, along with a small detachment of the California Battalion led by a Marine Lieutenant, engaged a small contingent of Californios and their Presidial Lancers Los Galgos (The Greyhounds), led by Major Andrés Pico. After U.S. reinforcements arrived, Kearny's troops were able to reach San Diego.

Among those in the battle were the 26 Mounted Rifle Company, and our relative Antoine Robidoux...

Antoine was severely wounded (he had received three lance wounds in the back) at the Battle of San Pasqual in December and later applied for a government pension. 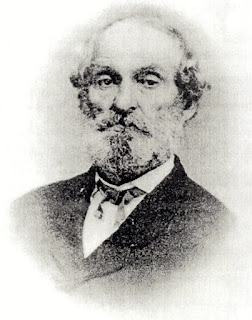 Posted by Drifting Cowboy at 9:16 AM