My ancestry is loaded with carpenters, joiners, carriage-makers, and coopers.  In an earlier post I wrote about my great granddad who was the assistant foreman for the Royal Carriage Department of the Royal Arsenal in Woolwich, England.  See http://a-drifting-cowboy.blogspot.com/2011/11/british-legacy-four-generations-of-wood.html
I began working as a carpenter apprentice to my dad, who was a home builder in 1958.  By 1966, I was a journeyman carpenter framing tract homes in Southern California.  During a recession in 1969, I found temporary employment as a shipwright in the Long Beach Naval Shipyard.
While at the shipyard I often worked in its joiner shop, which was where I met an Italian emigrant who was a true old-world craftsman.  I'm sorry I don't remember his name; however his tools and skills made a lasting impression on me.
The old gentleman had a chest filled with tools I'd never seen before.  He had a set of roughly 30 moulding planes made of wood.   Even better,  he had made them himself.   He could do some things faster with those antiques than a youngster could do with an electric router.  I was so fascinated with his planes I actually made a couple of my own.  I didn't know it then, but that was the beginning of my passion collecting antique tools.  Collecting them lasted more than a decade. 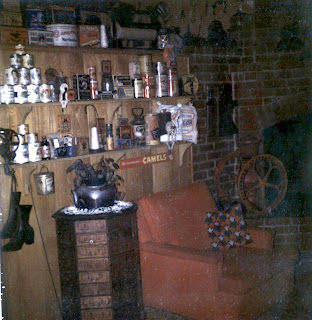 After Joyce and I were married in 1972, we bought a ranch-style home in Woodland Hills, California that begged to be decorated with antiques.  As a young married couple, we shopped for antique furniture that would be in our budget and would possibly still have value in the future.  Our home was cozy and fun. 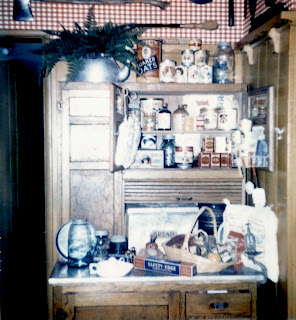 Joyce tolerated my passion for tool collecting, and--maybe for the sake of her own sanity--began collecting old kitchen and country store items. 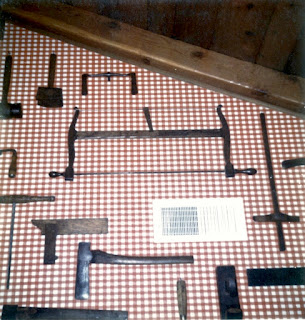 It didn't take long for our home to be literally packed to the rafters with kitchen collectibles and antique woodworking tools. 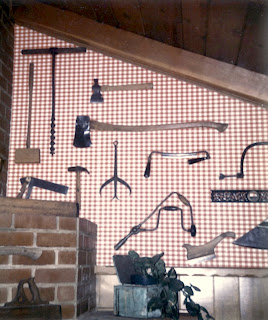 It's almost funny to look back and realize we had all those tools on the walls and never had an earthquake.  Fortunately for us the tools were long gone before the 1994 earthquake.
I sold the entire collection and purchased a 36' sailboat in 1981, but that's another story -- not to mention a big mistake :-(
Posted by Drifting Cowboy at 3:31 PM