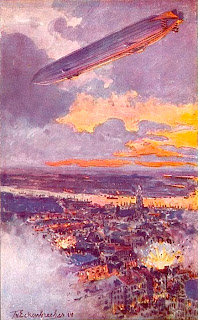 Family legend has it that my great-grandfather Stephen John Head died in 1918, as a result of injuries received during a WWI German Zeppelin raid over Plumstead, Kent, England.
The story reports that he was a Civil Defense Warden, who had ushered everyone into an air-raid shelter except himself.  Supposedly he survived the air raid, but died later (October 14, 1918) as a result of the injuries received during the attack. 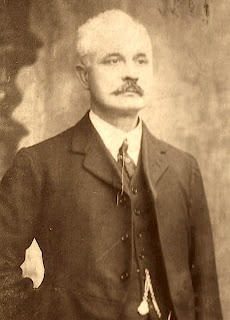 Plumstead was a bedroom community for the Royal Arsenal at Woolwich (southeast London).  Because the arsenal manufactured weapons and munitions, it was a high-level bombing target for German zeppelins.  The first zeppelin attack on Woolwich occurred on October 13, 1915.  Another attack came on August 26, 1916, when bombs also fell on other sites, along the River Thames including Plumstead, Eltham, Blackheath and Deptford.  A month later in September 1916, Woolwich and Plumstead were bombed again.  A German Zeppelin was seen hovering over the Arsenal's buildings dropping bombs; a couple bombs scored direct hits, causing massive explosions.  The last World War I zeppelin raid on Woolwich was on the night of May 19, 1918.
Stephen John Head's son Stephen William Head (my grandfather), died during World War II.  My dad always believed his heart had failed because he worried about his sisters still living in England. 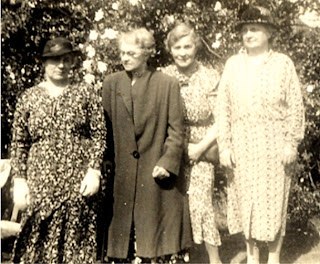