Meanwhile back at the ranch -- Saddlehorn Rock 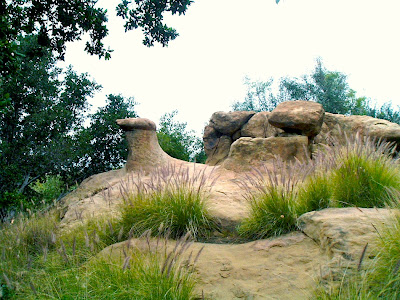 Saddlehorn Rock is located on a walking path that runs parallel to Horizon Place (a private driveway) in the Cal-West Townhomes development (private property).  The townhomes are just north of the Garden of the Gods park which can be found on both sides of Redmesa Road immediately north of Santa Susana Pass Road in Chatsworth, California. 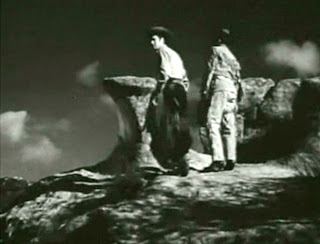 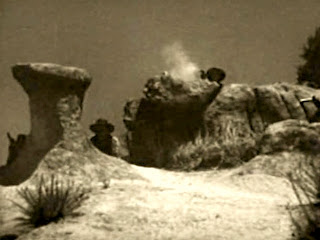 Saddlehorn Rock shows up in scenes of B-Westerns like The Fighting Buckaroo (1943) starring Charles Starrett (above). 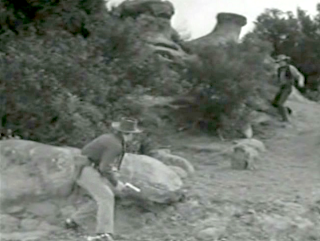 Above is another screenshot with Saddlehorn Rock from Stagecoach Express (1942) starring Don “Red” Barry. 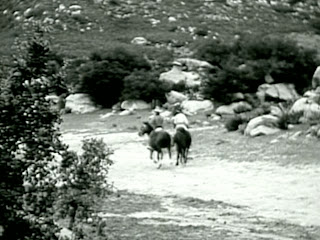 This screenshot from The Miracle Rider (1935) shows Tom Mix and Joan Gale riding on a chase road with Saddlehorn Rock in the background (center above). 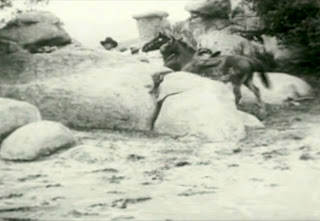 In this screenshot from Guns in the Dark (1937) we see Johnny Mack Brown and his sidekick hiding from bad guys in front of Saddlehorn Rock (above). 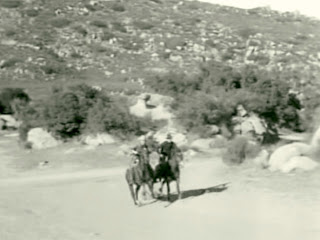 Here's another screenshot from Bob Steele's The Trusted Outlaw (1937) showng two bad guys galloping on a chase road with Saddlehorn Rock in the background (above center). 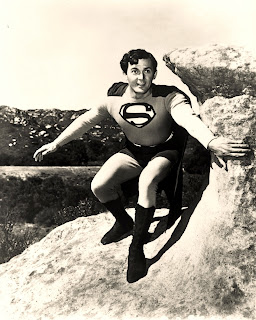 Here's Kirk Alyn (Superman) at the formation in a publicity still for Atom Man vs. Superman (1950) starring Kirk Alyn, Noel Neill and Lyle Talbot  (above). 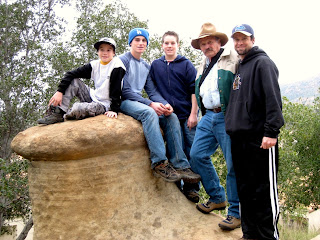 Finally, here's a good looking group posing at the saddlehorn :-)  (left to right) grandsons Ian, Ryan, Kevin, yours truly, and my son Mike.