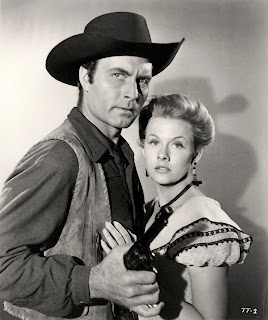 George Montgomery (1916 - 2000) was an American painter, sculptor, furniture craftsman, and stuntman who is best known as an actor and B-Western cowboy star.

He was born in Montana where grew up on a cattle ranch.  After high school he studied at the University of Montana, but left after a year to go to Hollywood.  In 1935 (at the age of 18) his cowboy skills won him a small acting part in a Republic movie.  He signed with 20th Century Fox in 1940 and played bit parts until he won a starring role in Davy Crockett, Indian Scout (1950) at United Artists.

Throughout the 1950s he appeared in several good quality Westerns for Columbia, United Artists and Warner Brothers.

As a boy, George Montgomery had developed an interest in woodworking and as an adult pastime he began building furniture.  His skill was such that his hobby became a full-fledged cabinet-making business, employing as many as 20 craftsmen.

He was also a self-taught artist who painted and sculpted.  He created more than 50 bronze sculptures including ones of John Wayne, Clint Eastwood, Gene Autry, Randolph Scott, and future U.S. president Ronald Reagan. 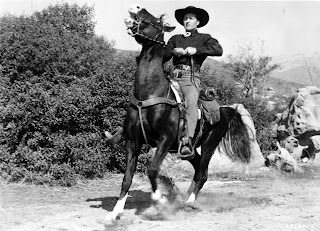 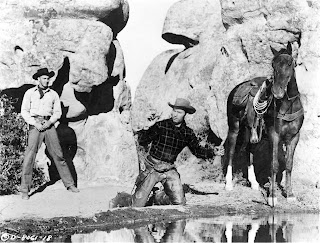 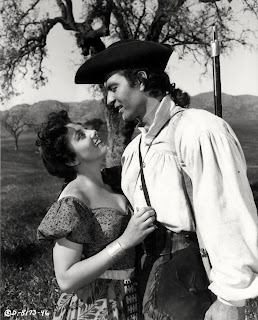 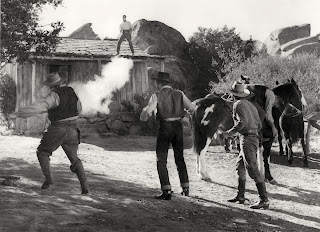 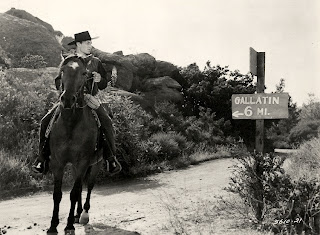 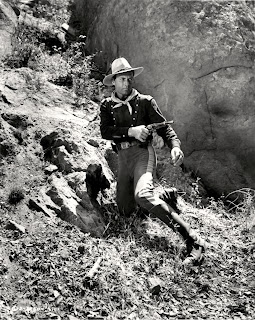 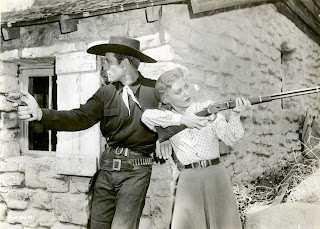 Posted by Drifting Cowboy at 7:55 AM