Randolph Scott (1898 – 1987) was an American film actor whose career spanned more than five decades from the beginning of sound to 1962.

He appeared in a variety of genres including crime, drama, comedy, adventure, and war, but of his more than 100 movie appearances 60 were Westerns.

In 1945, he appeared in Abilene Town--a United Artists release which cast him as a fearless lawman cleaning up a lawless town.  From that point on he was most identified as a cowboy hero, and nearly all of his future films would be Westerns. 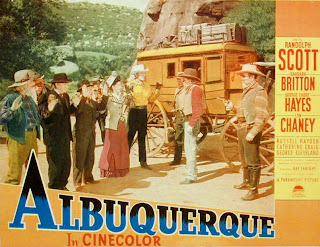 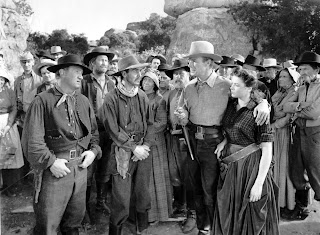 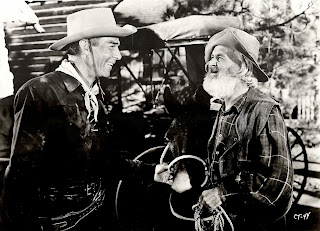 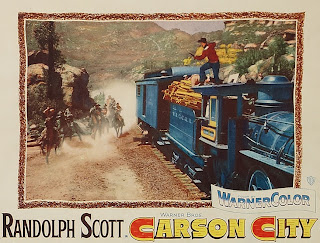 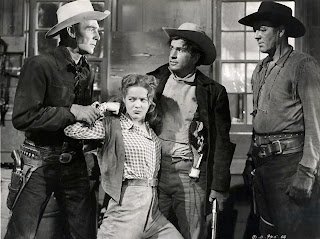 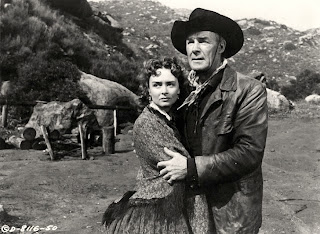 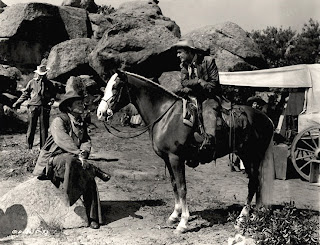 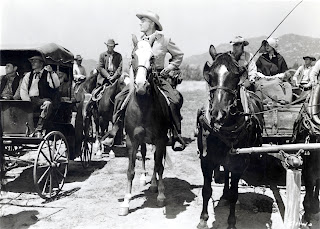 Posted by Drifting Cowboy at 7:37 AM