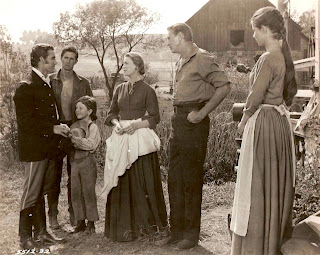 For over 45 years I made a living building homes in or near the San Fernando Valley.  Now retired, I am a movie historian and author writing about movie locations in the valley.  It recently occurred to me that I have just six degrees of separation from a few movie stars whose former homes -- reel estates -- I helped turn into residential communities for ordinary people.

To understand why movie stars owned large parcels of land in the valley we need to rewind back to the 1930s; America was in the middle of a great depression, but the rich and famous in Hollywood were unaffected.  They lived lavish lifestyles and spent money on pleasurable pursuits such as thoroughbred horse racing and polo playing.

Many celebs purchased valley real estate as an investment and a hedge against losses in the recent Wall Street collapse.  Three Hollywood celebrities whose estates I helped turn into tract housing are director Rowland V. Lee, actress Barbara Stanwyck and actor Clark Gable.

Rowland V. Lee, a film director, owned a 214-acre movie ranch, located in Canoga Park. He purchased the property in 1935, from the Ben Porter Estate.  Lee called it Farm Lake Ranch, but the film industry always knew it as the Rowland V. Lee Ranch.  The property had a natural 4 acre lake that showed up on 1940s maps as Lee Lake. 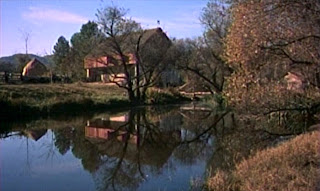 In 1946, Republic Pictures constructed a farmhouse and barn set with a stone and wood bridge over the lake.  It would later be seen in dozens of movies --  but its most famous use was as an Indiana Quaker family farm during the Civil War in Friendly Persuasion (1956).

In early 1969, I was the assistant superintendent for Kaufman & Broad when they developed the ranch into a gated community called Hidden Lake Estates. 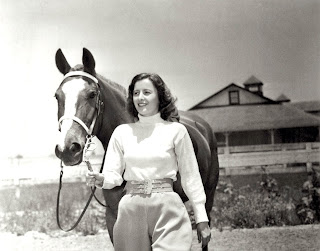 In 1936,  Barbara Stanwyck and her agent Zeppo Marx purchased 127 acres from the Porter Estate in North Los Angeles (now Northridge) to be used as a thoroughbred horse breeding, boarding and training ranch.  They called the ranch Marwyck using a combination of their names.  Just a few years later in 1940 -- after her marriage to Robert Taylor -- Barbara sold her home on 10 acres to actor Jack Oakie.

In late 1969 I was promoted to superintendent by Kaufman & Broad, and began construction of the second phase of housing on their Pepper Tree Farms development which was constructed on the lower Marwyck Ranch.

Marwyck Ranch was not a major filming location, but scenes in The Story of Seabiscuit (1949) were lensed there.

Shortly after their marriage in 1939, Clark Gable and Carole Lombard purchased a 30-acre ranch with a nine bedroom house, barn and horse stables that had once belonged to director Raoul Walsh.  Sadly, Carole Lombard died in an airplane crash in 1942.  Gable enlisted in the Army, and did not return to the estate until after WWII.  He lived there until his death in 1960.

During the 1970s, the estate was subdivided and sold in smaller lots, as the 'Clark Gable Estates.' The original Gable clapboard house still stands on a 1.17 acre lot in the center of the subdivision at 4543 Tara Drive, Encino.

In 1975, I was doing construction management for SH Bulmer & Associates, a Sherman Oaks Builder, when we constructed three 'for sale' homes on Oak View Drive and Ashley Oaks Drive in the Clark Gable Estates.

Just a few years later when the San Fernando Valley attempted to secede from the grips of the City of Los Angeles I would lament the loss of the many small farms and ranches lost to development in our valley… see Cowboy's Lament http://a-drifting-cowboy.blogspot.com/2011/10/cowboy-culture-cowboys-lament.html 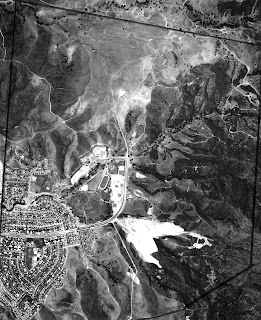 For a brief time during the early 1980s, I was employed by Metropolitan Development Corp. as a land planner working on its Oak Park project in Ventura County. 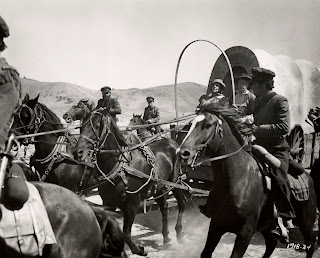 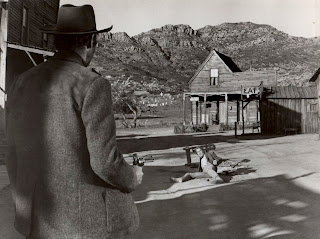 Now, in my 70s, it's unlikely I'll be involved in the remaking of any more movie properties, but you never know what destiny lies ahead.

Posted by Drifting Cowboy at 11:21 AM