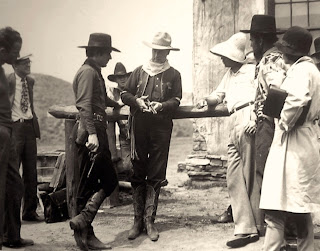 William S. "Bill" Hart, silent film cowboy star, owned a gun that had once belonged to the notorious outlaw and gun slick "Billy the Kid."  The gun had been given to Hart by a member of the posse to whom the Kid gave it up at Stinking Springs, New Mexico, and its authenticity was guaranteed by a flock of affidavits.

With much flair and media attention Director King Vidor called a press conference when Bill Hart loaned his gun to John Mack Brown for the purpose of using it in his assumed the role of "Billy the Kid," for the 1930 MGM film with the same name. 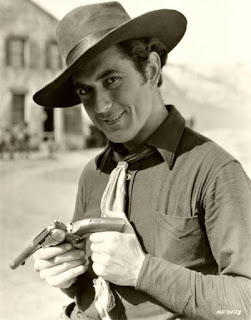 Johnny Mack Brown shows off the gun with the name "Billy" which was carved on the backstop by an engraver who did the job while in Lincoln, New Mexico with the Kid. Notice that the front sight is sawed off to aid the Kid's fast draw. 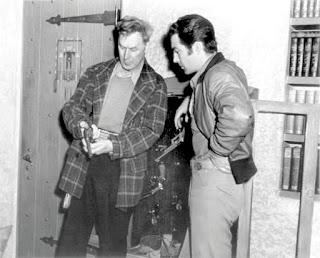 Just over a decade later Bill Hart was again called on by the MGM studio -- this time to show off his treasure to Robert Taylor who would assume the role of 'Billy the Kid' in the 1941 version of the story. 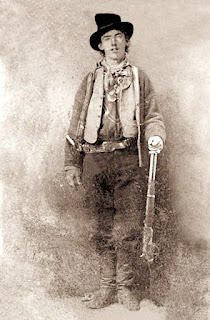 Year's later a researcher discovered that old Bill Hart had been bamboozled -- the serial number on the gun indicates that the actual date of its manufacture was several years after the Kid’s death.  True West Magazine's Bob Bozebell recently said, "There enough guns associated with "Billy the Kid" to fill a junior high school gymnasium."


Posted by Drifting Cowboy at 7:15 PM