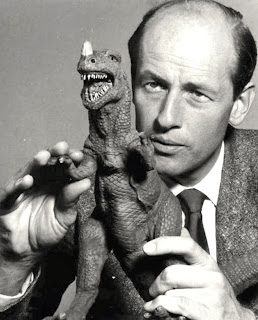 May 7, 2013, stop-motion animation pioneer and special effects wizard Ray Harryhausen dies at age 92.  Harryhausen's stop-motion techniques brought to life a variety of creatures -- mythical and otherwise -- including dinosaurs, visiting aliens and, on at least one occasion, fighting skeletons. 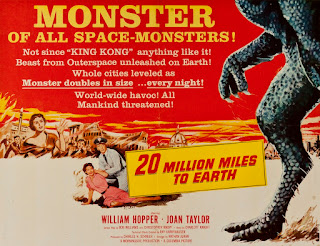 Two of the better known Ray Harryhausen movies lensed on the Iverson Ranch in Chatsworth were "20 Million Miles to Earth" (1957)...

And, the serial "Mysterious Island" (1961) lensed both on the Iverson Ranch and nearby Corriganville. 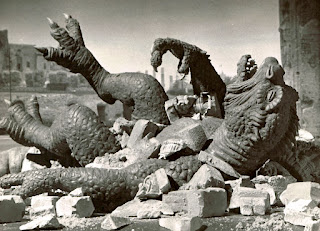 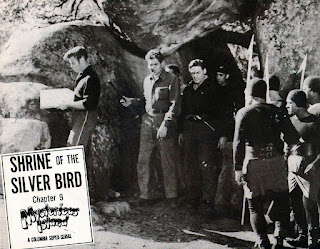 Until I found this 1961 "Mysterious Island" lobby card -- with the Iverson Gorge Archway in the photo -- I believed this serial had been shot entirely at Corriganville.

Posted by Drifting Cowboy at 9:01 AM