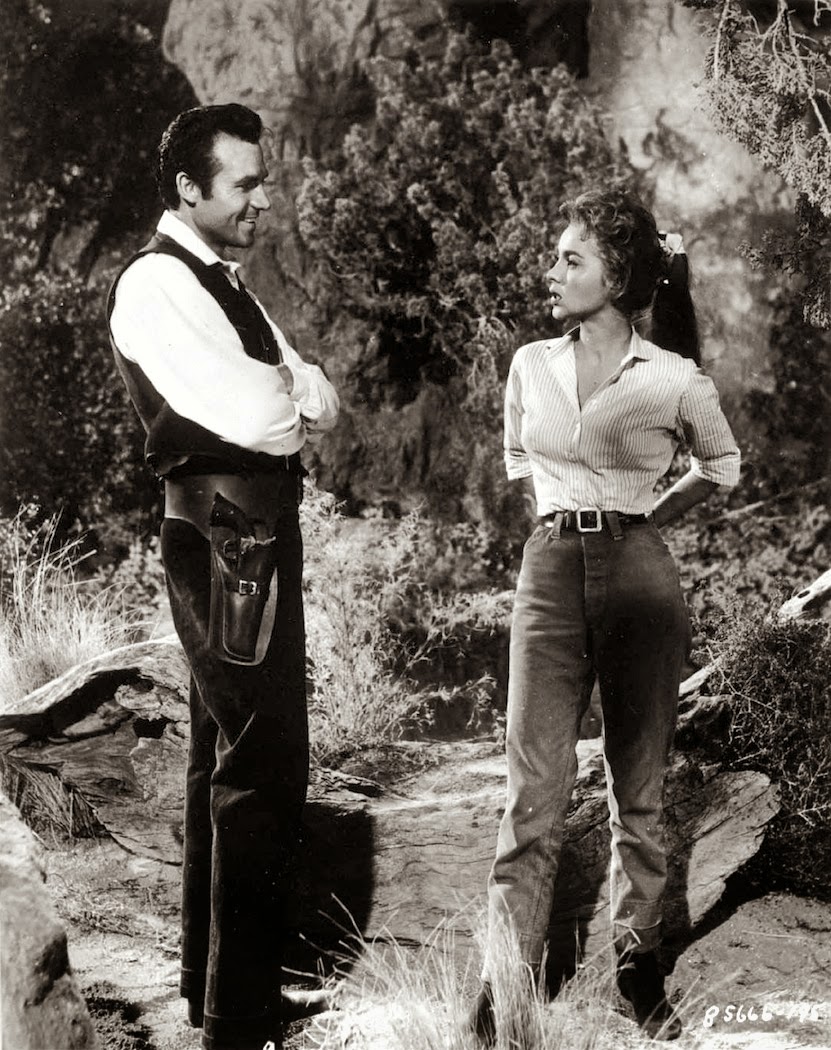 Rex Reason (1928 - ) is an American actor who was born in Germany, but moved to Los Angeles at a young age.  He attended Hoover High School in Glendale, California.  Rex appeared in several films and television shows during the 1950s and 1960s.  His best known Santa Susana locations film is probably Badlands of Montana (1957). 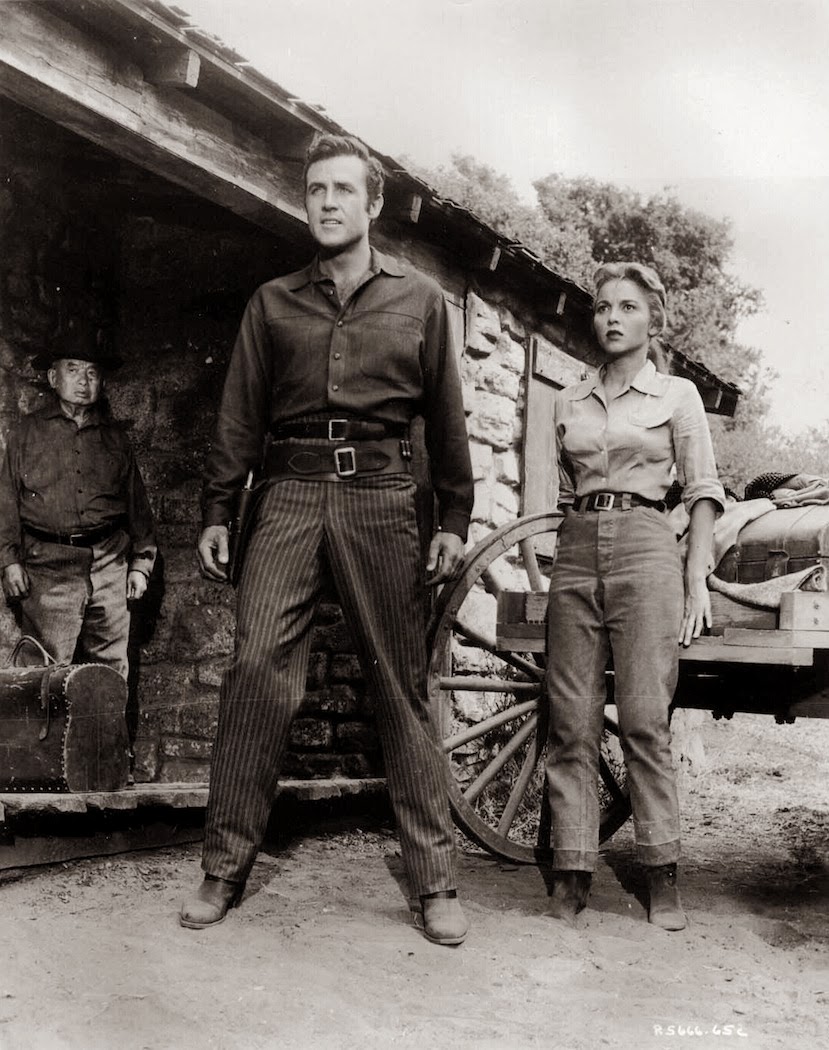 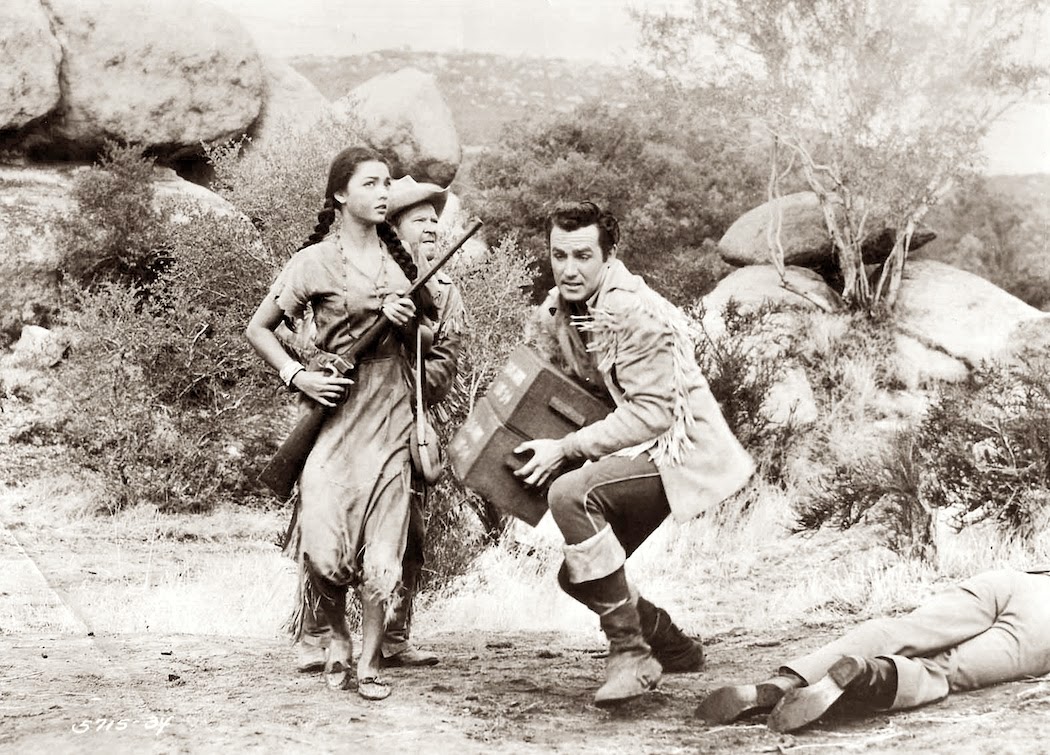 Posted by Drifting Cowboy at 9:47 AM