About 1895, Col. William F. Cody established the TE Ranch, on the South Fork of the Shoshone River about thirty-five miles from Cody, Wyoming.  After acquiring the property, he brought in cattle from Nebraska and South Dakota.  The late 1890s were relatively prosperous years for "Buffalo Bill's Wild West", so he bought more land to add to the TE Ranch which eventually grew to about 8,000 acres of prime grazing land for about 1,000 head of cattle.

Cody also operated a dude ranch offering pack horse camping trips, and big game hunting from the TE Ranch.  Over the years he entertained many notable guests from Europe and America.  Through the years there have been many owners of the TE Ranch, but Robert W. Woodruff, one time president of the Coca Cola Company, decorated it with furniture built by Thomas Molesworth during his tenure.

While I was exhibiting at the Western Design Conference in 1994, I had an opportunity to visit the TE Ranch.  It takes about an hour from downtown Cody to drive to the ranch on the South Fork Road which follows the beautiful South Fork of the Shoshone River.

As it turned out I would buy my horse Sunup in the same vicinity about a year later, but that's another story. 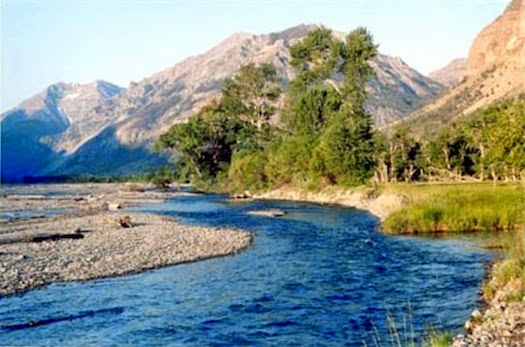 I will never forget arriving at the TE Ranch because we were greeted by gorgeous bald eagle sitting on the ranch gate.  I did not get to go into the old ranch house, but just walking about the barns and corrals was impressive enough.

The ranch foreman had a spotting scope set up on the edge of a barley field, and we soon learned he was keeping an eye on a grizzly sow with two year old cubs that were grazing on barley. 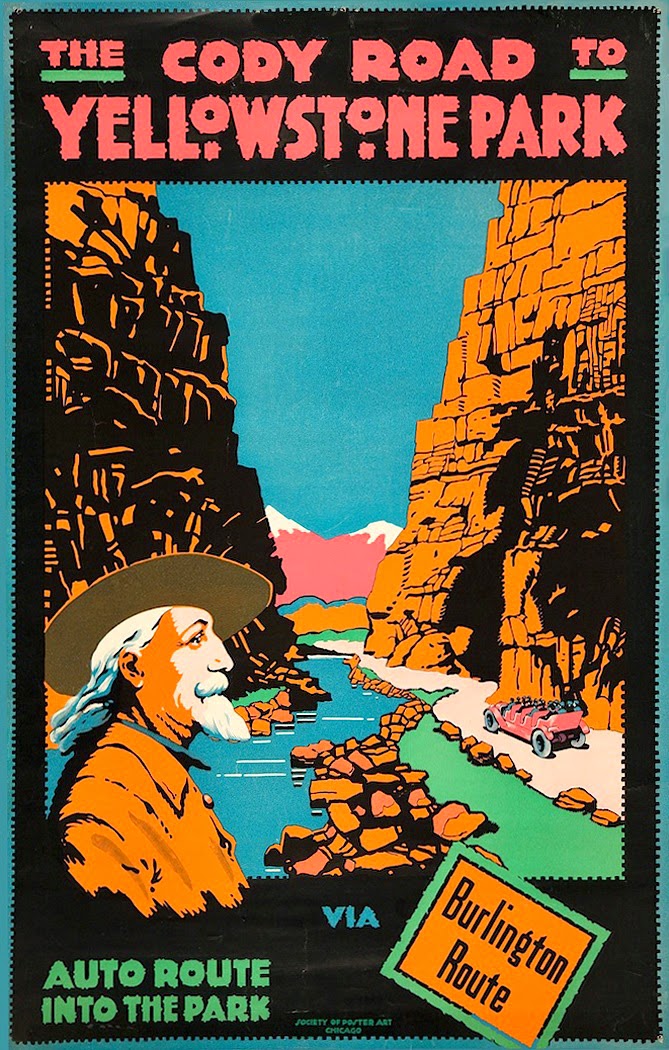 Between 1987 and 1999, I made about a dozen and a half trips through Yellowstone National Park to visit Cody, Wyoming for Cody Old West Antique Shows and Western Design Conference exhibits.  Some of my fondest memories are hanging out with friends in the beautiful town of Cody, Wyoming.