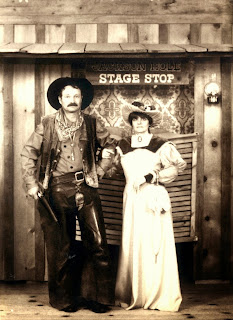 My sweet little wife Joyce spent over thirty years teaching English in Los Angeles schools, so when this photo was taken in a Wyoming photography studio I affectionately called it "Cowboy and Schoolmarm."

What could be more romantic I thought.  But, then I recently discovered a real tale about a schoolmarm and her real old West romance. 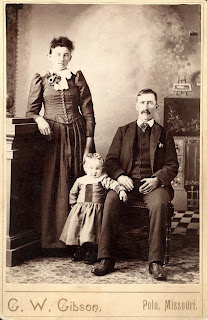 Stella May Brown, my grandmother's older sister, was born 3 Dec 1888 in Roswell, Miner County, South Dakota during one of her family's forays into the West seeking the perfect homestead location.  The photo above was taken about 1980, in Missouri as the search for a perfect home continued. 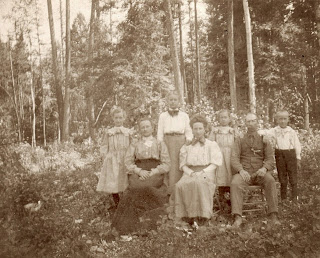 Eventually Stella's parents -- Abraham Lincoln Brown and Neva Plympton Brown found their way to Creston, Montana where they would spend the rest of their days. After finishing her own schooling -- at Cayuse Prairie school in Creston, Montana -- Stella became the teacher at another nearly Montana school.  The school house was a log cabin that had been constructed by two young brothers Ray and Len Schlyer. 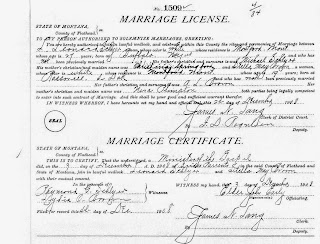 Apparently Len Schlyer was swept off his feet by the lovely young schoolmarm, and the two were wed in December of 1908. 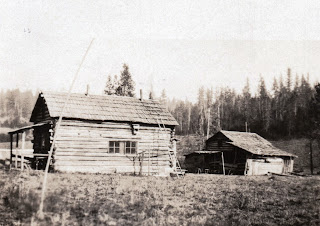 I believe the photo above was their home in the early 1920s. 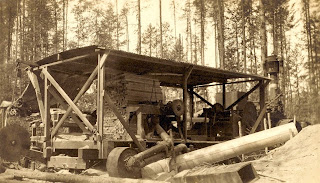 Len built a sawmill in nearby Kalispell, Montana, but fires caused by spontaneous combustion of sawdust piles became a problem, so the family moved to New York state about 1929.

Posted by Drifting Cowboy at 2:23 PM