For my money some of the most interesting fishing lure boxes were crafted by the Paw Paw Bait Company which started out as the Moonlight Bait Company about 1909. 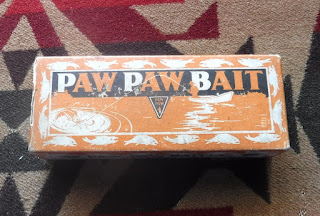 Orange Paw Paw boxes are the company's earliest -- dating around 1929 -- and often contain leftover lures from the previous Moonlight line. 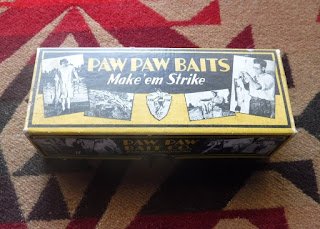 The next-oldest of Paw Paw boxes are the yellow "photo cover" boxes.  These boxes and lures date from the late 1920s into the 1930s. 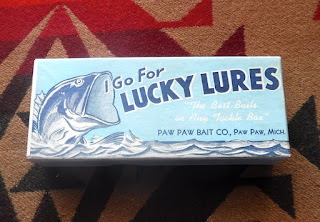 The Blue Lucky Lures box was Paw Paw's last two-piece cardboard box.  After this one their lures came in the cardboard bottoms with clear plastic tops.


Paw Paw Baits did very little direct marketing to fisherman.  Most of their lures sold wholesale through retailers like Sear & Roebuck, Montgomery Wards, Western Auto, and catalog merchants such as Gateway.


Posted by Drifting Cowboy at 9:31 AM