Ripples From an Inherited Canoe Paddle 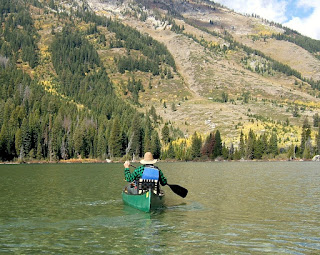 I recently read about Misao Dean, a Professor of English at the University of Victoria, who claims the canoe is a symbol of colonialism, imperialism and genocide due to history.

In an interview for CBC Radio, she said, “we have a whole set of narratives that make the canoe into a kind of morally untouchable symbol, something that seems natural, that seems ordinary, and seems to promote values that we ascribe to.”

Then she added “But I think if you look a little further that narrative obscures or erases another narrative—and that narrative is about, to be blunt, it’s about theft and genocide.”

Dean explained, in her opinion, the majority of wilderness canoers are people who have a very privileged place in society. They're frequently highly educated people. They're almost completely white.

She concluded her interview suggesting every time we dip a paddle in the water we should be thinking about European colonialism, and the role the canoe played in displacing and harming indigenous people.

To hear the full interview, click the link below 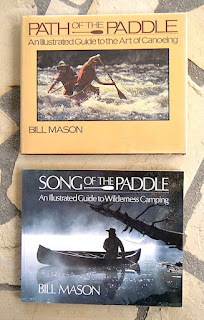 I guarantee I'm NOT going to buy a copy of her book: Inheriting a Canoe Paddle: The Canoe in Discourses of English-Canadian Nationalism, just so I can put it on the book shelf next to those written by my Canadian canoeing idol Bill Mason.

I'm tired of politically correct, wacky, liberals who attempt to rewrite history for fun and profit 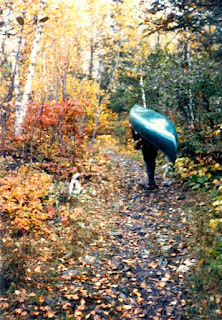 I for one will not be thinking about "theft and genocide" next time I paddle to those silent places that can only be reached by a canoe. 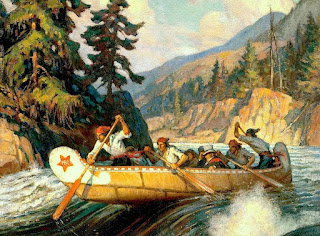 And, I will not be thinking about "white men of privilege" as I continue researching my French-Canadian Voyageur ancestors and the role they played in the fur trade and history of North American.


So, Ms Dean if you happen to find my blog while goggling your name…

I want you to know this 74 year-old man thinks your opinions are just that -- your opinions -- and they won't put a dent in the fascinating history of canoes and canoeing in North America.

Posted by Drifting Cowboy at 9:45 AM