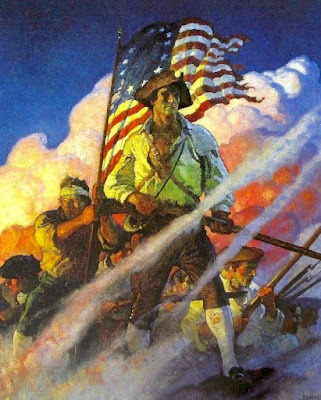 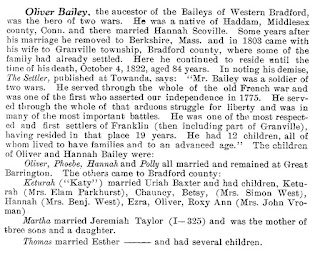 During the Revolutionary War Oliver was a private in the 8th Company of Capt. Cornelius Higgins of Haddam, Col. William Douglas' 5th Battalion, General Wadsworth's brigade, raised June, 1776, to reinforce George Washington's army at New York; he fought in the battles of Long Island and White Plains".

The following battle accounts are from Wikipedia…


The Battle of Long Island is also known as the Battle of Brooklyn and the Battle of Brooklyn Heights. It was fought on August 27, 1776 and was the first major battle of the American Revolutionary War to take place after the United States declared its independence on July 4, 1776. It was a victory for the British Army and the beginning of a successful campaign that gave them control of the strategically important city of New York. In terms of troop deployment and fighting, it was the largest battle of the entire war.

After defeating the British in the Siege of Boston on March 17, 1776, commander-in-chief General George Washington brought the Continental Army to defend the port city of New York, then limited to the southern end of Manhattan Island. Washington understood that the city's harbor would provide an excellent base for the British Navy during the campaign, so he established defenses there and waited for the British to attack. In July, the British under the command of General William Howe landed a few miles across the harbor from Manhattan on the sparsely-populated Staten Island, where they were slowly reinforced by ships in Lower New York Bay during the next month and a half, bringing their total force to 32,000 troops. Washington knew the difficulty in holding the city with the British fleet in control of the entrance to the harbor at the Narrows, and he moved the bulk of his forces to Manhattan, believing that it would be the first target.

On August 22, the British landed on the shores of Gravesend Bay in southwest Kings County, across the Narrows from Staten Island and more than a dozen miles south from the established East River crossings to Manhattan. After five days of waiting, the British attacked American defenses on the Guan Heights. Unknown to the Americans, however, Howe had brought his main army around their rear and attacked their flank soon after. The Americans panicked, resulting in twenty percent losses through casualties and captures, although a stand by 400 Maryland troops prevented a larger portion of the army from being lost. The remainder of the army retreated to the main defenses on Brooklyn Heights. The British dug in for a siege but, on the night of August 29–30, Washington evacuated the entire army to Manhattan without the loss of supplies or a single life. Washington and the Continental Army were driven out of New York entirely after several more defeats and forced to retreat through New Jersey and into Pennsylvania.

The Battle of White Plains was a battle in the New York and New Jersey campaign of the American Revolutionary War fought on October 28, 1776, near White Plains, New York. Following the retreat of George Washington's Continental Army northward from New York City, British General William Howe landed troops in Westchester County, intending to cut off Washington's escape route. Alerted to this move, Washington retreated farther, establishing a position in the village of White Plains but failed to establish firm control over local high ground. Howe's troops drove Washington's troops from a hill near the village; following this loss, Washington ordered the Americans to retreat farther north.

Later British movements chased Washington across New Jersey and into Pennsylvania. Washington then crossed the Delaware and surprised a brigade of Hessian troops in the December 26 Battle of Trenton.

1758, in the Third Connecticut Regiment, under Colonel Eleazar Fitch, he participated in the disastrous expedition against Fort Carillon. 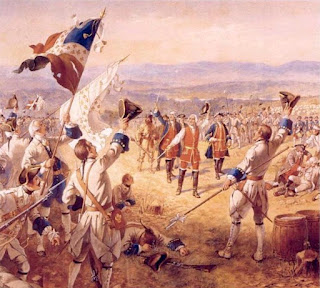 The Battle of Carillon, also known as the 1758 Battle of Ticonderoga, was fought on July 8, 1758, during the French and Indian War (which was part of the global Seven Years' War). It was fought near Fort Carillon (now known as Fort Ticonderoga) on the shore of Lake Champlain in the frontier area between the British colony of New York and the French colony of New France.

In the battle, which took place primarily on a rise about three-quarters of a mile from the fort itself, a French army of about 3,600 men under General Marquis de Montcalm and the Chevalier de Levis decisively defeated an overwhelmingly numerically superior force of British troops under General James Abercrombie, which frontally assaulted an entrenched French position without using field artillery, a lack that left the British and their allies vulnerable and allowed the French to win a decisive victory. The battle was the bloodiest of the American theater of the war, with over 3,000 casualties suffered. French losses were about 400, while more than 2,000 were British.

1759, in the First Connecticut Regiment, under Major-General Phineas Lyman, he participated in the Ticonderoga expedition. 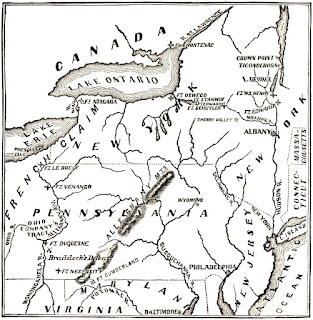 The 1759 Battle of Ticonderoga was a minor confrontation at Fort Carillon (later renamed Fort Ticonderoga) on July 26 and 27, 1759, during the French and Indian War. A British military force of more than 11,000 men under the command of General Sir Jeffery Amherst moved artillery to high ground overlooking the fort, which was defended by a garrison of 400 Frenchmen under the command of Brigadier General François-Charles de Bourlamaque.

Rather than defend the fort, de Bourlamaque, operating under instructions from General Louis-Joseph de Montcalm and New France's governor, the Marquis de Vaudreuil, withdrew his forces, and attempted to blow up the fort. The fort's powder magazine was destroyed, but its walls were not severely damaged. The British then occupied the fort, which was afterwards known by the name Fort Ticonderoga. They embarked on a series of improvements to the area and began construction of a fleet to conduct military operations on Lake Champlain.

The French tactics were sufficient to prevent Amherst's army from joining James Wolfe at the Battle of the Plains of Abraham. However, they also tied up 3,000 of their own troops that were not able to assist in Quebec's defense. The capture of the fort, which had previously repulsed a large British army a year earlier, contributed to what the British called the "Annus Mirabilis" of 1759.

1760, in the Second Connecticut Regiment, under Colonel Nathan Whiting, Oliver, now a drummer, participated in the British attack on Montreal. 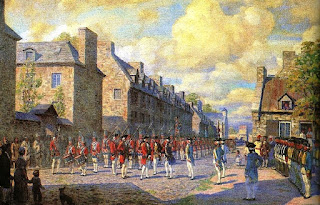 The Montreal Campaign also known as the Fall of Montreal was a British three-pronged attack against Montreal which took place from July 2 to 9 September 1760 during the French and Indian War as part of the Seven Years' War. The campaign conducted against an outnumbered French army led to the capitulation and occupation of Montreal, the largest remaining centre of French Canada.

Under the overall direction of Jeffery Amherst, British forces numbering around 18,000 men would converge on Montreal starting in July from three separate directions. One under Amherst from Lake Ontario, the other under James Murray from Québec and the third under William Haviland from Fort Crown Point.

After eliminating French positions along the way all three forces met up and surrounded Montreal. Many Canadians deserted or surrendered their arms to British forces while the native allies of the French sought peace and neutrality.

The French military commander Francis de Gaston, Chevalier de Lévis was resolved to make a last stand in the city despite overwhelming odds. He was however overruled by Pierre François de Rigaud, Marquis de Vaudreuil-Cavagnal the French civilian Governor who persuaded him to surrender. Lévis tried to negotiate a surrender with 'Honours of War'. The British refused to accept this, and the French reluctantly were forced to sign an unconditional surrender on 8 September. This effectively completed the British conquest of New France.


Posted by Drifting Cowboy at 8:11 AM