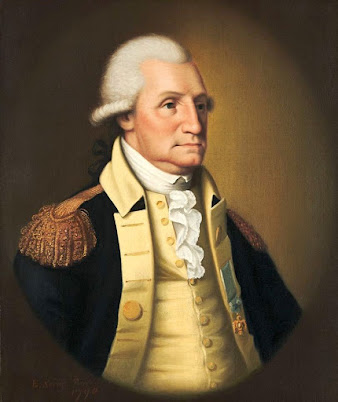 Portrait of Lieutenant General George Washington, President General of the Society of the Cincinnati, by Edward Savage, 1790.

Savage’s painting (above) has Washington wearing "The Order of Cincinnati” medal on his lapel.

The Society of the Cincinnati is the nation's oldest patriotic organization, founded in 1783 by officers of the Continental Army and their French counterparts who served together in the American Revolution.

Its mission is to promote knowledge and appreciation of the achievement of American independence and to foster fellowship among its members. 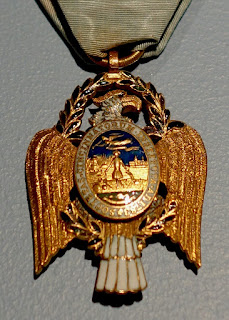 The concept of the Society of the Cincinnati was that of Major General Henry Knox. The first meeting of the Society was held in May 1783 at a dinner at Mount Gulian (Verplanck House) in Fishkill, New York, before the British evacuation from New York City.

The meeting was chaired by Lieutenant Colonel Alexander Hamilton, and the participants agreed to stay in contact with each other after the war.

The Society is named after Lucius Quinctius Cincinnatus, an ancient Roman hero, who left his farm to accept a term as Roman Consul and served as Magister Populi. He assumed lawful dictatorial control of Rome to meet a war emergency. When the battle was won, he returned power to the Senate and went back to plowing his fields.

The Society's motto reflects that ethic of selfless service: Omnia reliquit servare rempublicam ("He relinquished everything to save the Republic").

The Society has had three goals: "To preserve the rights so dearly won; to promote the continuing union of the states; and to assist members in need, their widows, and their orphans."

The order adopted the motto "Omnia relinquit servare Republicam" - "He gave up everything to preserve the Republic." The badge is in the shape of an eagle with the image of Cincinnatus on its breast.

List of original members of the Society of the Cincinnati

SOCIETY OF THE CINCINNATI

THE SOCIETY OF THE CINCINNATI

"The Order of Cincinnati” was awarded to "Caleb Sweet Esquire, MD, Surgeon of the late 1st New York Regiment on the 4th December, 1785, by George Washington, President. 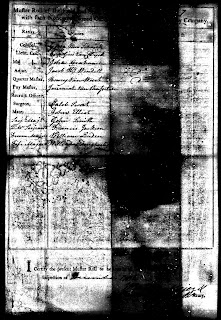 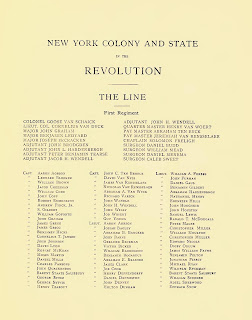 The 1st New York Regiment was authorized on 25 May 1775 and organized at New York City from 28 June to 4 August, for service with the Continental Army.

The enlistments of the first establishment ended on 31 December 1775.

The second establishment of the regiment was authorized on 19 January 1776.

Posted by Drifting Cowboy at 3:39 PM