As American as French Apple Pie 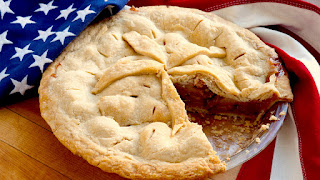 After researching my mother’s family history for more than 25 years I’ve discovered I’m as American as Apple Pie… ‘French Apple Pie’ that is.

Mom’s ancestors include more than 125 American Colonial immigrants who arrived in the colonies prior to our nations’ independence. They were mostly English, Scotch, Irish, Welsh, German and Dutch.

Those Early American ancestors were predominantly puritans that came over during the Great Puritan Migration, (1620 - 1640), but some were New Netherlands settlers who arrived before 1660, and still others were Quakers who arrived with William Penn about 1682. 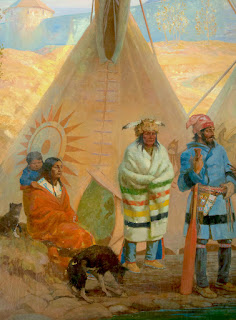 However, equally as important, and maybe even more interesting, are mom’s 45+ immigrant ancestors who arrived in New France, also sometimes known as the French North American Empire, between the 1630s and 1670s.

Hence my title, “As American as French Apple Pie.”

Genealogy, or the study of family history, is a lot more than just collecting the names of dead people you are descended from. For me it’s also an opportunity to study our nations history (in my case the United States and Canada) and to learn just how my ancestors fit in or contributed to it.

SO, THE BALANCE OF THIS POST IS DEVOTED TO MY AMERICAN ANCESTORS… 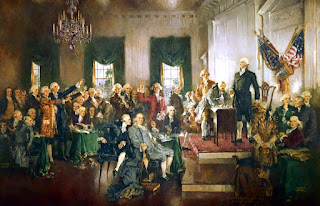 ROGER SHERMAN (1721-1793), AMERICAN FOUNDING FATHER (HE IS THE ONLY PERSON TO HAVE SIGNED ALL FOUR GREAT STATE PAPERS OF THE UNITED STATES: THE CONTINENTAL ASSOCIATION, THE DECLARATION OF INDEPENDENCE, THE ARTICLES OF CONFEDERATION, AND THE CONSTITUTION), 4TH COUSIN 7X REMOVED 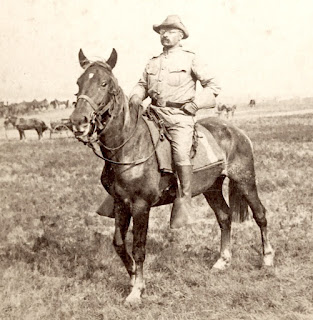 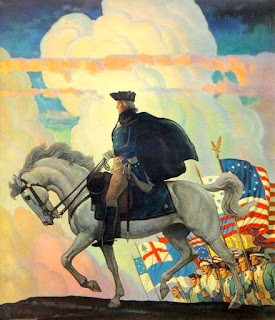 Served in the King Philip War. He appointed as Sergeant and named the chief military officer of Deerfield.

Died 1677 in Chamblee, Canada - Burned at the stake by Indians

Served as  Lt. in Captain Gerrish’s company, in Col. Gilman’s Regiment at the siege of Louisburg, 1755 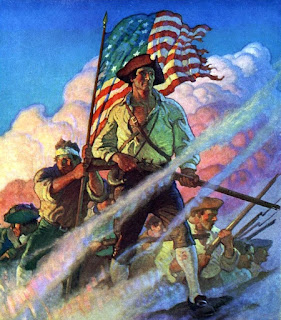 CALEB G SWEET (SURGEON)(1732-1831)(5TH GREAT-GRANDFATHER), honored by George Washington and invited into the "order of cincinnati," 1783. He served throughout the revolutionary war. 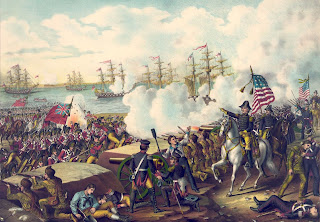 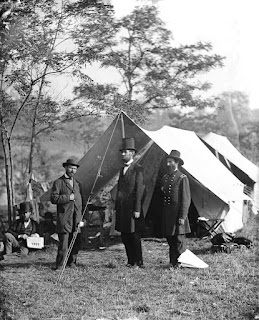 AND DIED A FEW MONTHS LATER ON 10 JAN 1864 in Frankford, Philadelphia, Pennsylvania

He fought at Gettysburg, in the battle of the Wilderness, the assault on

Petersburg, and at Cold Harbor Virginia.

He fought in battles at Perryville, Missionary ridge, and the Atlanta campaign. 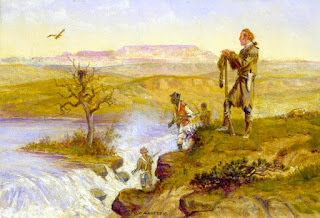 SO WHAT ARE YOU WAITING FOR?

START YOUR FAMILY HISTORY STUDY TODAY AND DISCOVER WHAT PART IN AMERICA’S HISTORY YOUR ANCESTORS PLAYED.

Posted by Drifting Cowboy at 2:30 PM