The fun part of writing a blog is the interesting folks who write to you.  Yesterday I received a very pleasant email from a gentleman named Bill Winckler.  Bill shared some wonderful information about his late father -- Robert "Bobby" Winckler -- who according to Leonard Maltin was one of the most prolific child actors of the 1930s and 1940s.  Bobby worked in more than 200 radio shows and appeared in more than 80 film titles.  He played roles with some of my favorite cowboy heroes including Gene Autry, Wild Bill Elliott, Tim McCoy, Bob Steele and Johnny Mack Brown. 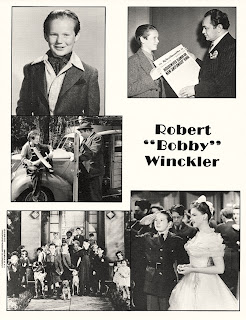 Robert "Bobby" Winckler (1927-1989) was one of the most prolific child actors of the 1930s and 1940s.  Robert broke into show business with a letter of introduction to producer Hal Roach from Charles Chaplin's wife, Mildred Harris.

Between the ages of six and eighteen, Bobby worked with most of the stars of the "Golden Age" of Hollywood -- in classic feature films, serials, cartoons and hundreds of radio shows.  As an adult -- he became a successful attorney -- representing clients who worked both in front of and behind the camera lens.

Robert "Bobby" Winckler was the voice of both Hans and Fritz in The Captain and the Kids "The Katzenjammer Kids" (cartoon series) at MGM.

He sang at the Democratic Convention in Chicago for President Franklin D. Roosevelt.  He attended Hollywood Professional School with other child stars at the time, including Donald O'Connor and Roddy McDowall.

He was the newsboy signature voice on the "Big Town" radio show starring Edward G. Robinson for four years. Was also a radio series regular and close friends with Robinson.  He played W.C. Fields' son on the "Your Hit Parade" radio show. 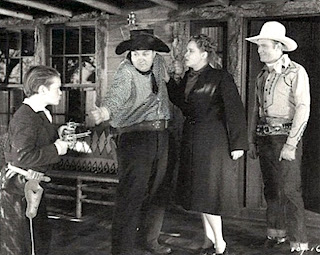 He is featured in the movie comic book version of Gene Autry's western Blue Montana Skies (1939), in which he appeared.

He appeared in the Hollywood Christmas Parade with other child stars and Boris Karloff.  When he accidentally kicked Karloff in the head, Karloff turned to Bobby and joked, "Not too many kids can kick Frankenstein and get away with it." 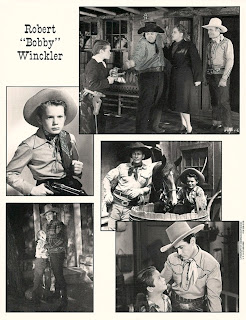 Posted by Drifting Cowboy at 6:01 PM