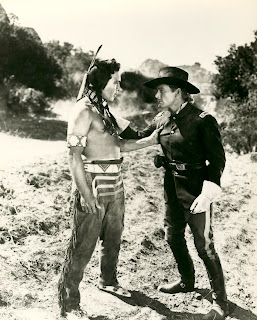 Above: A scene from They Died With Their Boots On (1941) with Anthony Quinn, as Crazy Horse and Errol Flynn as George Armstrong Custer.

Errol Flynn (1909–1959) was an Australian-born actor.  He was best known for  romantic swashbuckler roles in Hollywood films. Flynn became a naturalised American citizen in 1942, and attempted to join every branch of the armed services during World War II, but his enlarged heart (with a murmur) and the fact that he had already suffered at least one heart attack kept him out of military service. His playboy lifestyle, alcoholism, and drug abuse caused his premature death at age 50.

Only three of Flynn's 63 films were lensed in the Chatsworth area, and Olivia de Havilland co-starred in all of them: 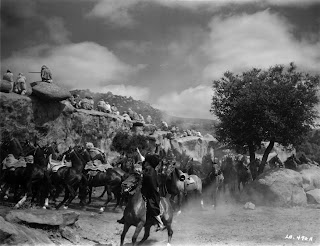 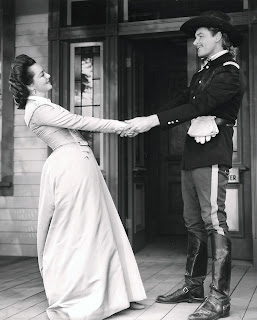